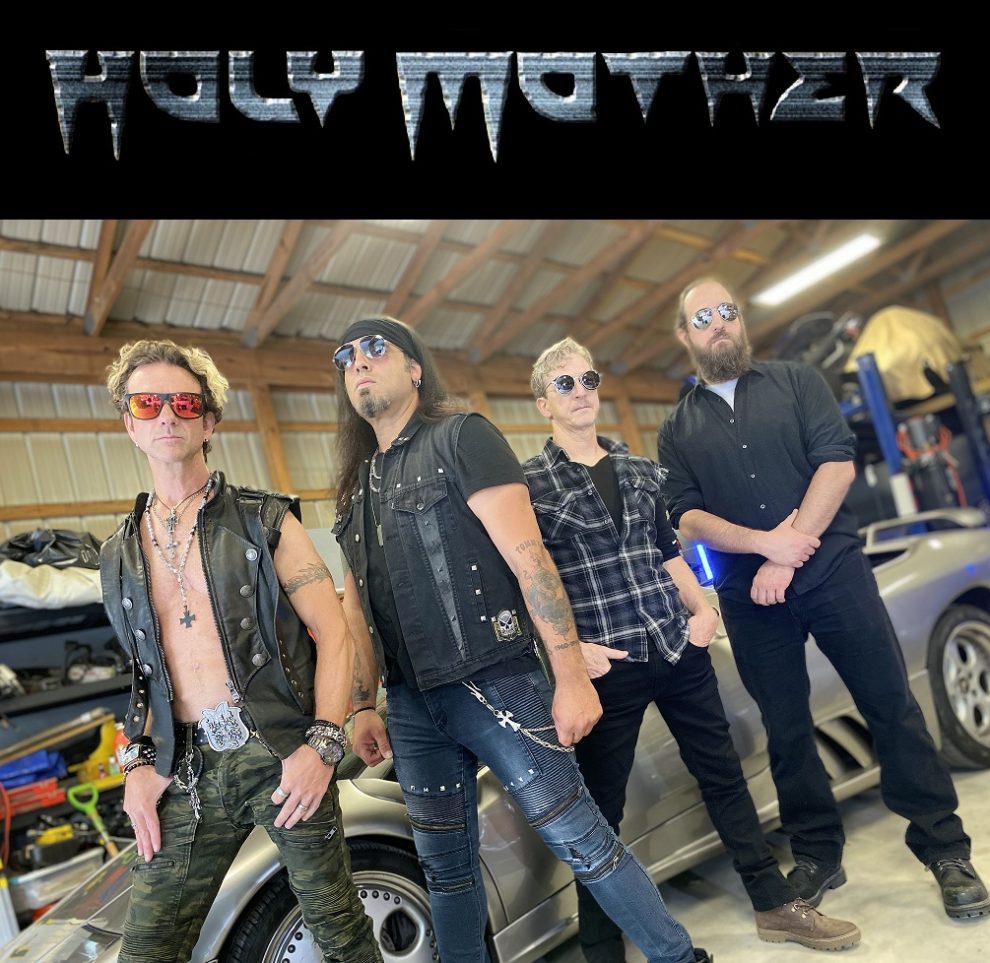 The XS ROCK Featured Artist Holy Mother simply has to be heard to be believed. The band is a great mix of traditional metal with some modern touches. Fans of classic bands like Dio, Judas Priest, and Whitesnake should love what these guys are doing, but fans of more recent modern metal bands will find Holy Mother’s sound resonates with them too. Holy Mother just released their brand new album “Face The Burn” on January 22nd, 2021 and the album is simply electrifying. Check out Holy Mother’s bio, discography, videos, latest album info, an interview with vocalist Mike Tirelli and, how to follow the band on their social media sites.

Holy Mother’s Mike Tirelli talks to XS ROCK about their latest album “Face This Burn”, the bands’ history, as well as Mike’s lengthy career in the music business that started when he was just 18 years old. If you’re not familiar with Holy Mother, you absolutely have to check them out.  There’s also a good chance that you’ve heard Mike singing in the bands’ Messiah’s Kiss, Riot, and Jack Starr’s Burning Starr.

Listen to our in-depth interview with Mike Tirelli at the link below:

Mike Tirelli, born on Long Island, New York, is an American Rock Singer/Songwriter. He is known for his exceptionally wide vocal range, as well as his powerful voice which has been compared to the late great Ronnie James Dio. Mike was born into a family of police officers.  His father and two older brothers spent their careers with New York police departments, but Mike knew from a young age that he was heading in another direction. Tirelli started singing at the age of 14. And at 15 he joined his first band and spent the next couple of years playing all around the New York area.

Mike Tirelli was contacted by the German power metal band, Repression, which would transform into Messiah’s Kiss when Tirelli joined the band in 2002. Messiah’s Kiss’s signed to SPV/Steamhammer, and was immediately booked at Wacken Open Air, which was Messiah’s Kiss’s very first live show together. Messiah’s Kiss then went on their first tour covering all of Europe, supporting metal queen Doro Pesch. Mike is still writing, recording, and touring with Messiah’s Kiss, and they are currently working on their fifth studio album.

In between touring and recording with Messiah’s Kiss, Mike joined the band Riot, an American hard rock band founded in New York City by guitarist Mark Reale. Mike toured with the band for three years in the USA, Europe, and Japan, until his cancer diagnosis in 2008

In the fall of 2008, Mike was diagnosed with Stage III stomach cancer and went into treatment for this life-threatening illness. After extensive chemotherapy treatments, he underwent full gastrectomy surgery (removal of the entire stomach), followed by additional chemotherapy treatments. His treatments and surgery were grueling, but thankfully a huge success in eradicating the disease, and today he remains cancer-free. Mike reflects on the fact that he had the same cancer as his hero, Ronnie James Dio, who sadly succumbed to the disease

Tirelli also dabbles in all styles of music and is currently in the eight-piece band, Entourage, an exceptionally talented and well-rehearsed band that has performed at thousands of weddings, corporate events, and private parties around New York.

Tirelli is the singer in this band, where you can hear and see all the subtle nuances and musical inflections of seeing Whitesnake in the 80’s as Mike captures David Coverdale’s early soulful voice.

Today, Mike Tirelli and James Harris are enjoying success once again with the reunion of Holy Mother. Their new album, ‘Face This Burn’, signed to Massacre/AFM Records, has a diverse collections of modern, hard-driving, strength, and fever-pitched intense songs. Tirelli’s powerful voice and the band’s innovative hard rock riffs caught the attention of renowned producer Kane Churko (Ozzy Osbourne, Disturbed, Five Finger Death Punch, Bad Wolves, just to name a few). To enhance the music’s intensity and bring the production to the next level, Tirelli brought in Kane Churko to co-produce, mix and master his songs at The Hideout Recording Studio in Las Vegas. New to the band is guitarist Greg Giordano. Greg came as a recommendation from Nick Lee from the band RIOT. Having Greg in the band opened up the sound for HOLY
MOTHER as far as progressiveness goes, especially in the guitar solos. Randy Coven was the original bassist of Holy Mother. Randy sadly passed away in 2014. Randy was a very unique Bass Player as everybody knows, and hard to replace, so we decided to dedicate the album in his name. Our new bass player, Russell Pzutto, was recruited from Dee Snider’s band, and played on one track on this album, called ‘The River’. Russell will continue playing with Dee, and will be the bass player in Holy Mother as well. We’re happy to have Russell on board! We also will be working with our new manager, Danny Stanton of Coallier Entertainment. We look forward to his experience and expertise to help lead Holy Mother to have great success.

I’ve done some shows on YouTube, one in particular called ‘band geek’. Band Geek features Richie Castellano, the guitar player and singer for the band Blue Öyster Cult, along with his musician friends. I’ve done three songs on his YouTube channel.

Tennis with wife, working out at the gym. 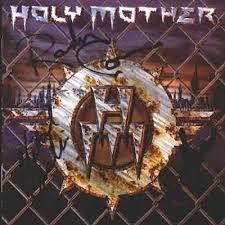 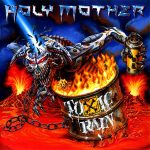 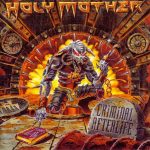 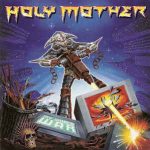 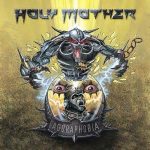 Listen to it On Spotify: 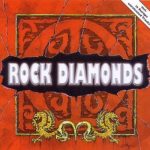 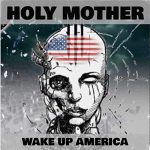 Listen to it on Spotify: 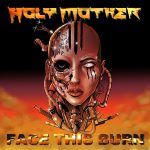 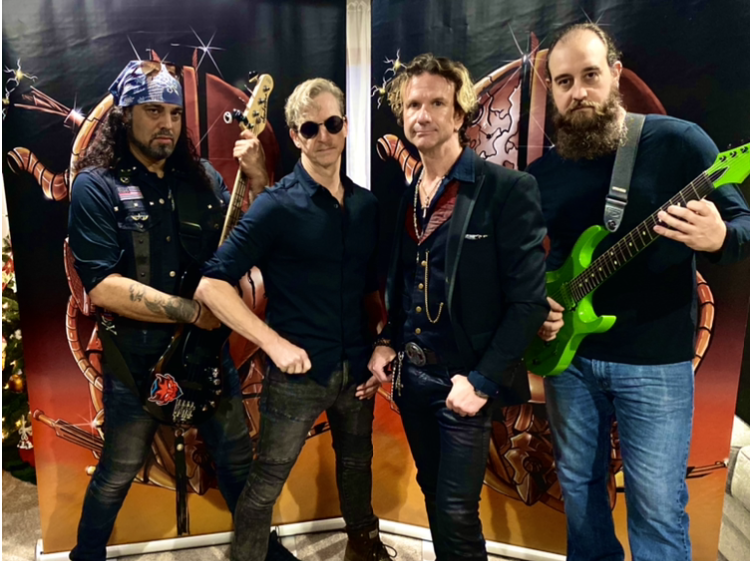 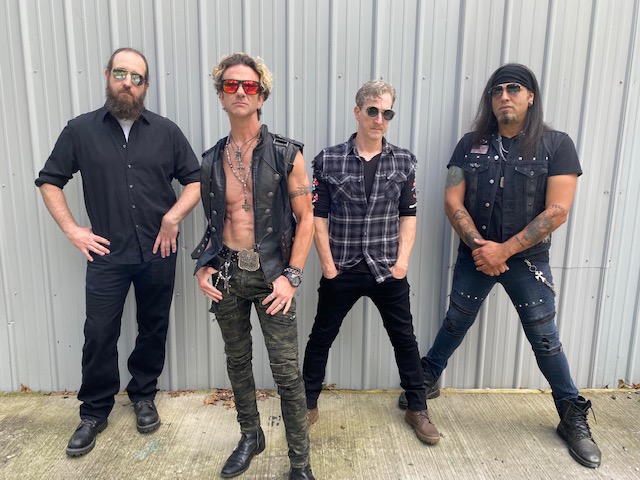 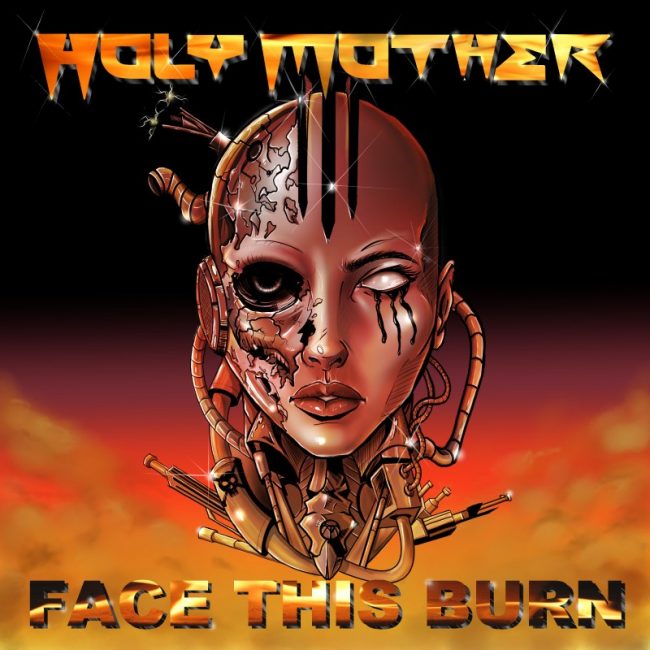 Review: I absolutely love it when an album comes across my desk that surprises me with how good it is. As rock a journalist I receive a lot of stuff for review on a daily basis and honestly only about 5-10% of it is actually good, interesting, or worth listening to.  Holy Mother’s Face The Burn is one of those albums that simply surprises and blows you away. Lead by the excellent vocals of former Riot V vocalist Mike Tirelli this album is simply outstanding. It’s classic-sounding metal with just the slightest amount of modern touches that actually work really well and make this a cut above your standard metal album. Holy Mother isn’t new. The band started back in 1995 and they have released six full-length albums prior to this one with the last one being released in 2003. This album sees a reunion of vocalist Tirelli and drummer Jim Harris to bring back the band. The album is dedicated to former band bassist Randy Coven who died in 2014. The songwriting and structure are really, really good and it elevates the entire album.  This album has everything that you love and nothing to dislike. The sound quality and production are near perfect and the band really nails it song after song. You may think I’m exaggerating about how great this album is, but I’m not. This is is my first recommended “Must Hear” metal album of 2021! Don’t sleep on this one! The entire album of Holy Mother’s Face This Burn is any metalhead’s dream come true. It gets released on February 12. 2021. Put it at the top of your list of albums to listen to! 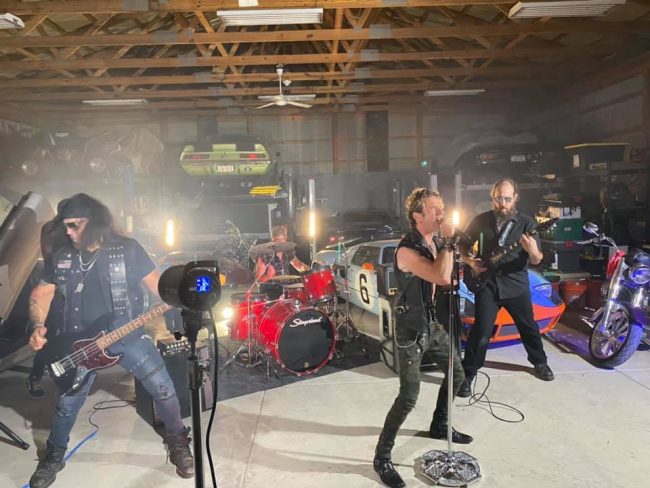 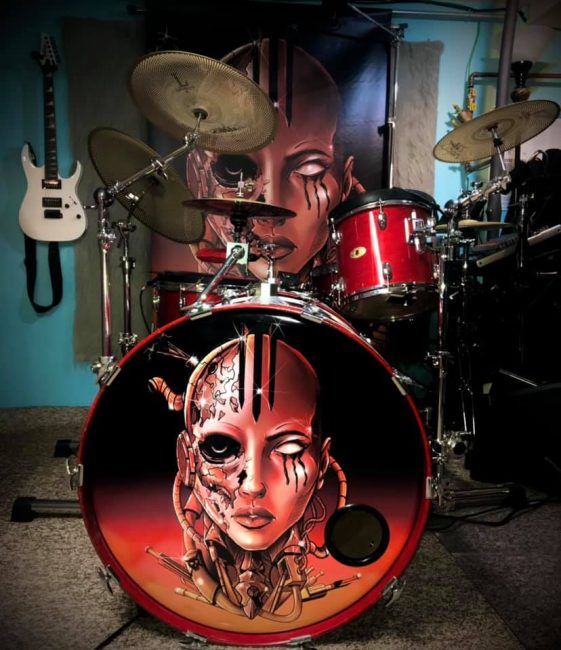 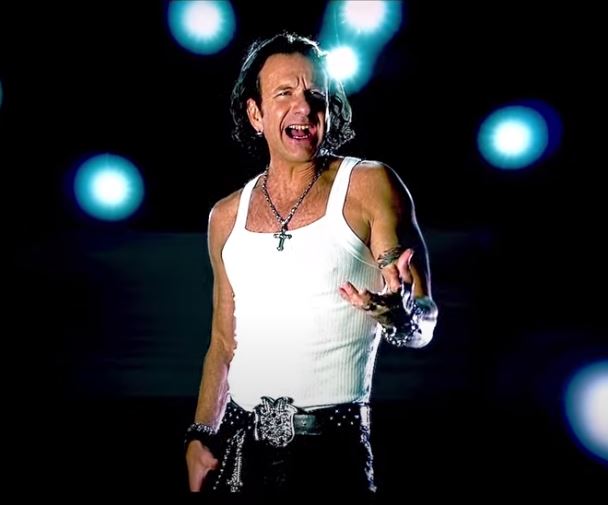 Capitalizing on the songwriting magic produced when powerhouse vocalist, Mike Tirelli, and mind-blowing drummer, Jim Harris started writing again together, they decided to reunite in 2020, with a fresh, heavy, modern rock sound. The duo rounded out the group’s lineup with Greg Giordano (guitarist), who is known for his hyper-accurate blazing guitar leads and victorious riffs. They then recruited Russell Pzutto from Dee Snider’s band to replace the late great Randy Coven on bass.

Holy Mother is back with a killer new album called Face This Burn, released on January 22, 2021, in Europe and February 12, 2021, in the USA and worldwide, by Massacre Records.  Mixed and mastered at Hideout Recording Studio, Las Vegas, by the famous Mr. Kane Churko (Disturbed, Ozzy, Papa Roach, In This Moment).  Holy Mother is bringing modern, hard-driving, bang-your-head rock back to audiences worldwide. The band’s high energy performances bring the audience to their feet with their fists in the air chanting for more. Holy Mother keeps their fans moshing, singing, and fist-pumping from the first note to the last.

In an article from Metal Odyssey online: “You are getting the entire metal ball o’ wax with Holly Mother’s playing”, and, “No standard stuff or copycat crap going on with this band”. And from XSrock.com: “Holy Mother’s Face This Burn is one of those albums that simply surprises and blows you away. The entire album…is any metalhead’s dream come true. Put it at the top of your list of albums to listen to!”

Mike Tirelli (lead vocals) thought he would never sing again after being diagnosed with stage 3 stomach cancer in 2008. Despite the debilitating illness taking him out of the music scene for some years, Mike bounced back….better than ever. This American singer/songwriter is known for his exceptionally wide vocal range, as well as his powerful voice which has been compared to the late great Ronnie James Dio, who, coincidentally, had the same stomach cancer as Mike, but Dio tragically lost his battle with the disease in 2010. Mike was the former vocalist for Riot and Burning Starr and is the current vocalist for the German band, Messiah’s Kiss. Mike’s vocals add a harder edge, supercharged performance, and can hit the high notes.

Jim Harris (drums) is the songwriting partner and drummer with Tirelli during the early years of Holy Mother, as well as the Holy Mother of today. Jim was half of the powerhouse rhythm section alongside of legendary Bassist Randy Coven, with whom he recorded in excess of 50 songs. Jim also played drums for illusionist Criss Angel early in his career, Burning Starr (with Mike Tirelli), and national recording artists Dirty Looks.

Greg Giordano (guitar) is the frontman and founding member of progressive metal act Turrigenous. He has toured with New York-based thrash band Martyrd, opening for Fear Factory and Soilwork as well as appearing on the final voyage of the Motorhead Motorboat.  Greg is also known for his hyper-accurate guitar covers of Opeth and Kiko Loureiro (Angra, Megadeth), available on YouTube. He is also an accomplished guitar, bass, piano, and vocal teacher.

Russell Pzutto (bass) was born and raised in New York City and worked with Twisted Sister as an understudy for the bassist Mark “Animal” Mendoza. Russell is a permanent bassist for Dee Snider’s solo band and completed a two-year world tour with Dee for the album “For The Love Of Metal’ on Napalm Records. Russell is a versatile musician with a strong passion for bass who also plays guitar and drums. Now, Russell has joined Holy Mother to replace the late great Randy Coven. Russell has the talent and experience that Holy Mother was looking for.