Britny Fox was formed in 1985 with “Dizzy” Dean Davidson on vocals, former Cinderella drummer Tony Destra, former Cinderella guitarist Michael Kelly Smith and Billy Childs on bass. However, Destra would be killed in an auto accident in 1987 and Johnny Dee would round out the band on drums by the time they recorded their debut album. The band’s self-titled album would be a Gold-selling record for the band with songs like”Girlschool”, “Long Way to Love” and “Save The Weak”. They landed major tour spots opening with bands like Poison, Alice Cooper, Bon Jovi, The Bulletboys, and Warrant.

So…Where Are The Members Of Britny Fox Now?

One of the founding members of Britny Fox, Dean Davidson supposedly came up with the name after a coat of arms of one of his family ancestors. Davidson performed lead vocals on the debut album “Britny Fox” and the second album “Boys In Heat” before leaving the band. Davidson would then form the band Blackeyed Susan and release the albums called “Electric Rattlebone” in 1991 and “Just A Taste” in 1992 which consisted of demos recorded for a formal second album before disbanding. He then released one album under the name Jarod Dean called “A Weekend Soul Massage” in 1999. A single album was released as Superstar with “Love Saves The Day” in 2001. His latest release is the 2008 solo album as Dean Davidson called “Drive My Karma”. But, don’t expect it to sound anything like Britny Fox, as Dean presents more of a folk song album with his latest release:

Listen To Dean Davidson On Spotify 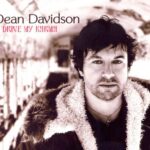 Billy Childs (real name Bill Degley) is the only member of Britny Fox to be in every lineup of the band. As one of the founding band members, he was the only constant member throughout the band’s history. He still performs live and played with the band Get The Led Out performing musically accurate versions of Led Zeppelin songs live.

Michael Kelly Smith (real name Michael Schermick) started out as the guitarist for Cinderella but quickly joined Britny Fox after the record company asked Cinderella to replace both Michael Kelly Smith and then drummer Tony Destra. He plays guitar on the Britny Fox albums Britny Fox (1988), Boys In Heat (1989), Bite Down Hard (1991), and Springhead Motorshark (2003).  He briefly played in the band Razmanaz in 2003 and has since quit the music business. He is currently a guitar teacher in Pennsylvania. Michael also runs an Animal Rescue with his wife.

Tommy Paris (real name Don Jillson) replaced singer Dean Davidson for the band’s third studio album entitled “Bite Down Hard” in 1991. He also performed on the 2003 album Springhead Motorshark” as well as the live albums Long Way to Live! (2001), Live at Froggy’s (2001), and Extended Versions (2006). In 2018 he released the critically acclaimed debut album by the Tommy Paris Band. Tommy Paris is the Keyboardist/Vocalist in Count’s 77 which features Danny “Count” Koker of the History Channel’s hit TV show “Counting Cars” and his brand new, all-original album “erthearz” is available as a limited edition, 14-song CD.

Listen To Tommy Paris on Spotify 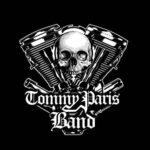