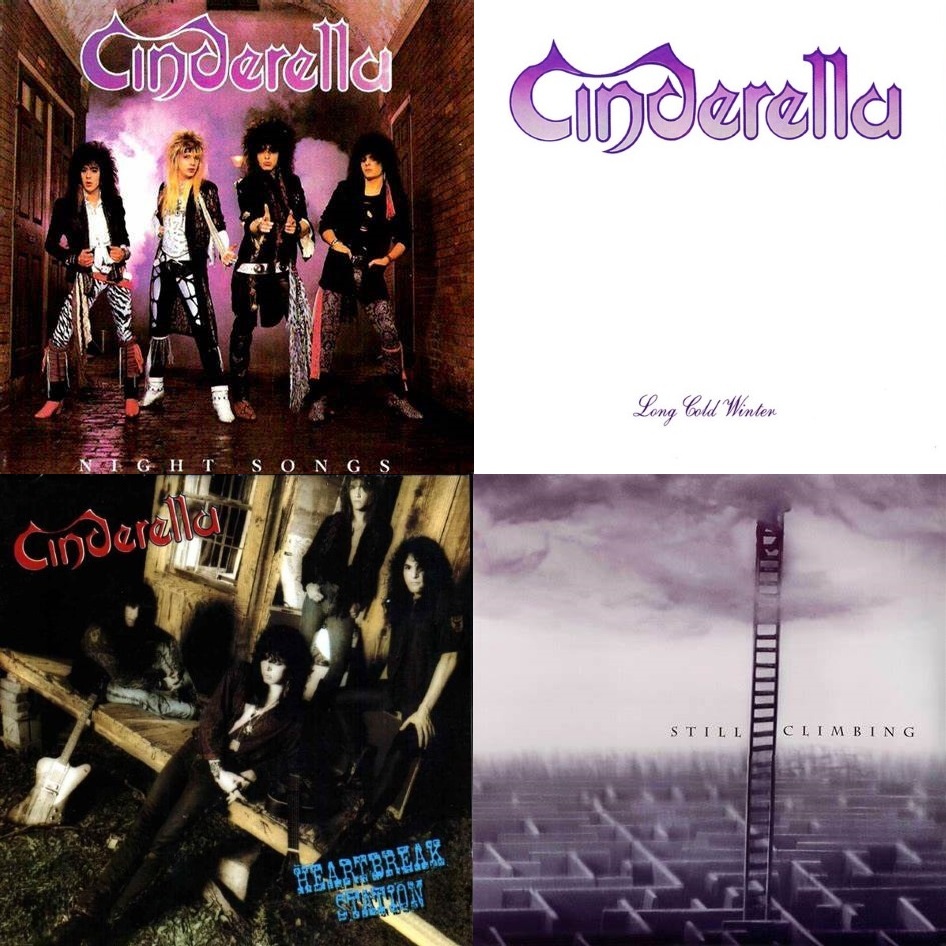 Formed in 1982 by Tom Keifer and Eric Brittingham, Cinderella was one of the biggest bands of the ’80s rock and metal era. Following several lineup changes, the band solidified their members with Jeff Labar and Fred Coury. The band’s debut album “Night Songs” was an instant success with comparisons being made to Aerosmith and AC/DC. Cinderella released four critically-acclaimed studio albums, Night Songs (1986), Long Cold Winter (1988), Heartbreak Station (1990), and Still Climbing (1994). The good news is that all of Cinderella’s albums were good, but of course, there are some things that make one album a little better than the other, so this is our attempt to rank them. 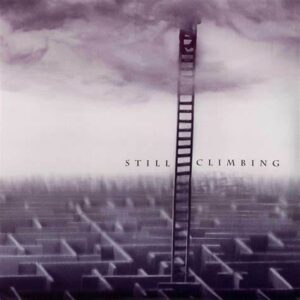 Cinderella released the album “Still Climbing” in 1994 with well-known journeyman drummer Kenny Aronoff taking over for Fred Coury. Internal conflict within the band was brewing as well. Surprisingly, “Still Climbing”, which by default is our worst album on the list by Cinderella wasn’t really bad at all.  The album leans a little more toward the direction of the “Night Songs” album mixing bluesy-rock with a glam metal sound that’s pretty infectious. By this point, the glam metal scene had all but disappeared from the mainstream rock charts and Cinderella was no exception. Cinderella went on hiatus in 1995. The band would reform and perform live for several years before ultimately disbanding completely. In recent years, vocalist Tom Keifer has had a decent run as a solo artist. Bassist Eric Brittingham has played live in numerous bands including Brett Michaels’ solo band. Fred Coury owns his own studio and has been very successful in the production field. Jeff Labar released a solo album “one for The Road” in 2014 but sadly passed away in 2021 at age 58. 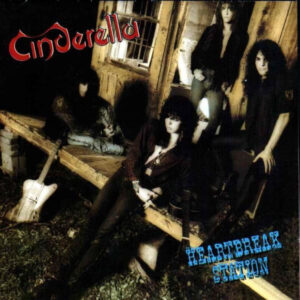 Cinderella’s Heartbreak Station album saw the band going even deeper in the blues direction musically. The band also incorporated horns, dobro, and mouth harp which lead to a more country/rock sound at times. Fred Coury left Cinderella after this album was completed. Heartbreak Station would only reach platinum status without a big radio hit single. Tom Keifer would lose his voice from paresis of his vocal cords in 1991. Keifer had several surgeries to repair a vocal cyst and a hemorrhage. It was unknown at the time if he would ever be able to sing properly again. 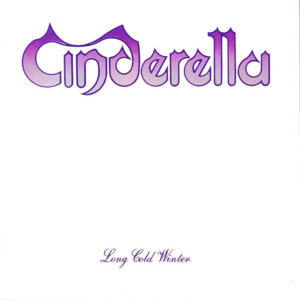 Cinderella maintained their glam look on their second album, but musically they started a shift toward a more blues-rock sound including more slide guitar. However, the band hit it big with the power ballad “Don’t Know What You Got (‘Til It’s Gone)” reaching #10 on the U.S. Rock charts. The album Long Cold Winter also reached triple platinum sales status primarily on the strength of “Don’t Know What You Got (‘Til It’s Gone)”. Musically, songs like “Fire And Ice”, “If You Don’t Like It”, “Second Wind” and “Gypsy Road” were closer to the sound of their debut album. “Long Cold Winter” is a solid album that’s just slightly weaker than “Night Songs”.

Cinderella’s debut album “Night Songs” may very well be one of the best hard rock / heavy metal albums from the 1980s. A near-perfect rock album that showed the band displaying an Aerosmith-like blues-rock sound mixed with Tom Keifer’s AC/DC-like vocals and a glam metal image that epitomizes the 80s hard rock scene. An instant hit single with “Shake Me” and the arena rock ballad “Nobody’s Fool” gave Cinderella a huge push and propelled them to the forefront of magazine covers, MTV rotation, and radio airplay. The band was helped along by the guidance of none other than 80s rock icon Jon Bon Jovi. Night Songs went triple platinum in sales, confirming the bands’ dominating presence in the glam metal scene. So, if you only listen to one album by Cinderella, make sure it’s “Night Songs”