To call Billy Idol a rock music icon, might be an understatement. As a Grammy-Nominated and multi-platinum selling artist, Billy Idol reportedly took his stage name after one of his school teachers called him Billy Idle, because he didn’t apply himself to his schoolwork. His real name is William Michael Albert Broad. Having been in the UK punk band Generation X from 1976 to 1980, Idol decided to move to the U.S. and go solo in 1981. The rest as they say is history… Now let’s take a look at his solo albums and see which album is ranked as the “Best”. 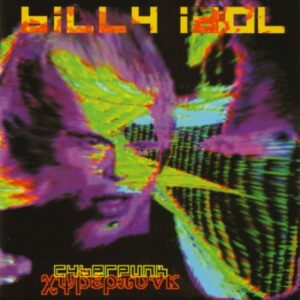 1993 saw the release of the album “Cyberpunk. It was a commercial disaster in terms of sales. Panned by critics, it was Idol’s reflection at the time, on the growing interest in cyberculture. Billy Idol was also one of the first mainstream rock artists to embrace the promotion of an album using the internet and digital media. Looking back on this album, it isn’t bad at all. Sure, it was very experimental at the time, but it could also be called “ahead of its time”. Many of the sounds and musical elements incorporated in this album had not been heard in mainstream music before with Idol bringing the futuristic sound from the underground music scene to his fans, many of who were unsure what to think about it. It hit the U.S. Billboard at #48 but quickly faded. It was also the first Billy Idol to not reach at least Gold status. Musically, I still enjoy this album, but the album cover was borderline terrible. 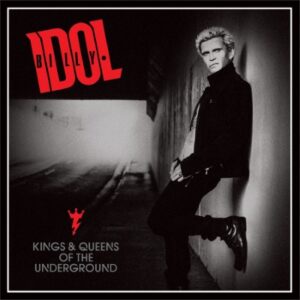 Once again, Billy Idol would take a long break between releasing albums. This time it was 9 years before “Kings & Queens of the Underground” would be released. It would strangely turn out to be Billy Idol’s highest-charting album in the U.S., hitting #34 on the Billboard Top 200 and #9 on The Billboard Top Rock Albums. Once again, Idol still reminds his fans of his original sound, especially with the song “Postcards From The Past” while mixing in a bit of the current scene sound. The album finds a more mature Billy Idol reflecting on his career and comes across as genuine. 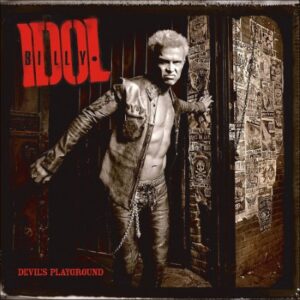 Billy Idol didn’t Devil’s Playground until a long 12 years after the “Cyberpunk” album. Many fans saw “Devil’s Playground” as a return to the classic Billy Idol sound with longtime musical partner and guitarist, Steve Stevens returning to the band. But, never one to repeat the past, Idol shows flashes of his early solo albums sound but also treads in a more modern rock sound territory as well.  Fans of Idol’s classic sound had plenty to enjoy here and fans seemingly embraced his updated sound too. Devil’s Playground found Billy Idol making it back into the Billboard charts at a respectable # 46. 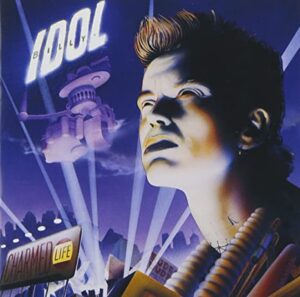 Charmed Life was Billy Idol’s first solo album released outside of the 1980s. Propelled by the hit singles “Cradle of Love” and a cover of The Doors song “L.A. Woman”, Idol once again managed to have another Platinum-selling album. It’s notable that Charmed Life was the first solo album to not feature Steve Stevens on guitar. MTV awarded Idol video of the year for “Cradle Of Love’ which also helped keep him in the limelight.

Billy Idol released Whiplash Smile 3 years after scoring a huge hit with the Rebel Yell album. The album sold well commercially and hit #6 on the U.S. Billboard charts. Although it received a Platinum-selling certification, his previous album Rebel Yell sold twice that amount. Whiplash Smile featured the singles “To Be a Lover”, “Don’t Need a Gun” and “Sweet Sixteen”. “To Be A Lover” was a smash hit but the other two singles didn’t quite reach the same level. Whiplash Smile kept Billy’s Idol name in the press and through critics were divided on it, it’s still a fan favorite to this day. 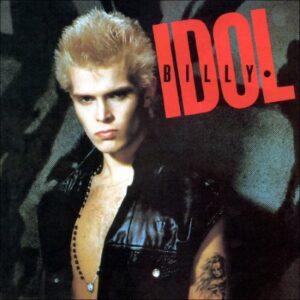 Coming in at #2 and barely missing the #1 spot by a fraction is Billy’s self-titled debut album which featured the hit singles “White Wedding Pt. 1”, “Dancing With Myself” and “Hot In The City”. It made the Top 50 on the Billboard charts and landed Idol his first Gold Record. The newly formed MTV helped Idol to reach a larger audience with videos for the singles being played in heavy rotation. 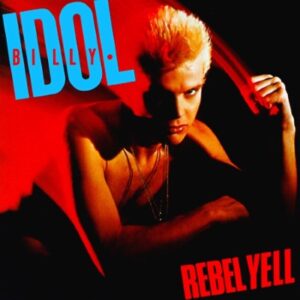 After finding success with his debut album, Idol followed it up only one year later with Rebel Yell, which saw the album make it all the way to the number 6 chart position on Billboard in the U.S.  With the hit singles “Rebel Yell”, “Flesh For Fantasy”, “Eyes Without A Face” and “Catch My Fall”, Billy Idol had a Double Platinum-selling album. Mainstream radio and MTV continued to make Idol’s songs a staple and he quickly became a household name and new-wave, pop-punk icon. While it’s a tough choice placing Rebel yell and Billy’s debut album in the first and second positions, Rebel yell takes the #1 spot for sales, a Grammy Nomination and the sheer impact this entire album made on the music scene of the 80s/