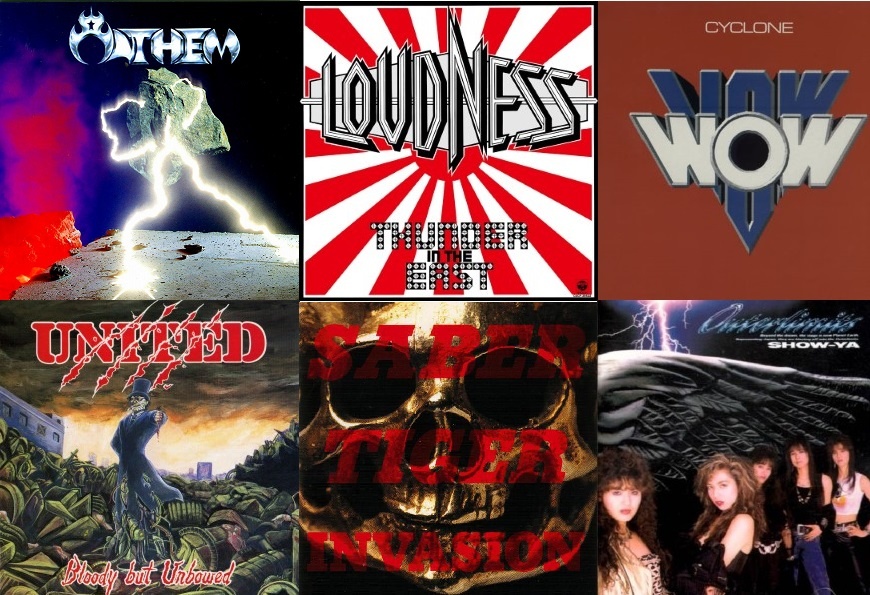 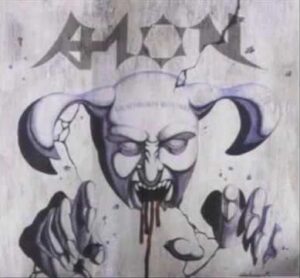 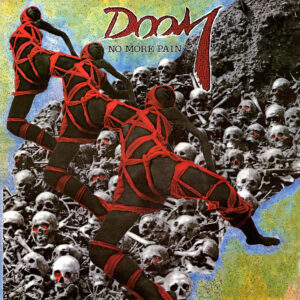 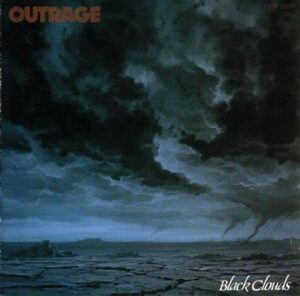 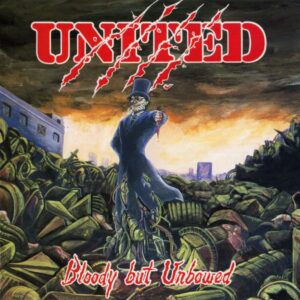 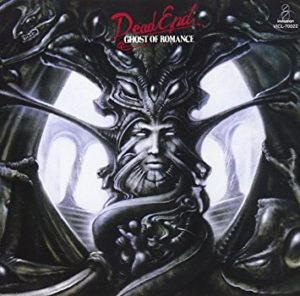 Another Japanese band that tried to reach the shores of the U.S., Dead End achieved only modest sales with their Ghost Of Romance album. The band received airplay on MTV with the song “Danse Macabre”, but never really achieved the level of success Of Loudness and X Japan. The band had a unique style and image that was often confusing to American audiences, who were right in the middle of the glam metal movement at the time. 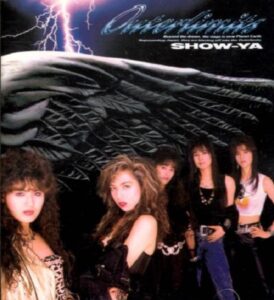 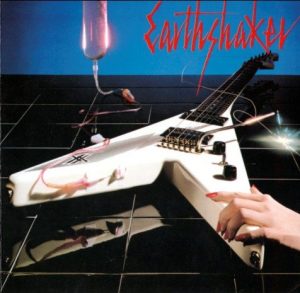 Earthshaker is one of the early Japanese metal bands.  They were unfortunately overlooked in the U.S. market with bands like Loudness, E-Z-O, and Anthem reaching an American metal audience. Early on Earthshaker actually featured Loudness vocalist Minoru Niihara as their singer and bass player. Earthshaker is still well-known in Japan and has released a large discography over the years. In the 80s they released the following albums: Earthshaker (1983), Fugitive (1984), Midnight Flight (1984), Passion (1985), Overrun (1986), Aftershock (1987), Smash (1988), and Treachery (1989). The band released their latest album “The Story Goes On” in 2018. 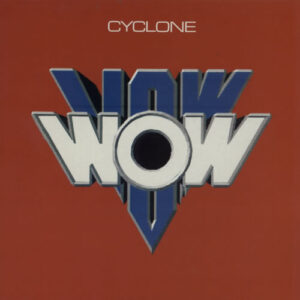 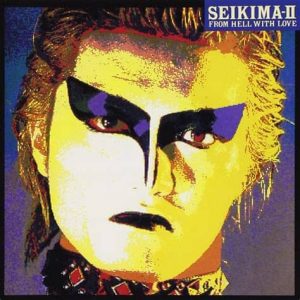 This Japanese band started in 1982 and has featured different lineups over the years with vocalist Demon Kakka as the only constant member.  They have been compared to KISS for their elaborate costumes and use of black and white makeup.  The band has sold over 10 Million records in Japan.  Seikima-II released the following albums during the 1980s: Seikima II – Akuma ga Kitarite Heavy Metal (聖飢魔II〜悪魔が来たりてヘヴィメタる, 1985), The End of the Century (1986), From Hell with Love (地獄より愛をこめて, 1986), Big Time Changes (1987) and The Outer Mission (1988). The band have a long career and officially disbanded in 1999. 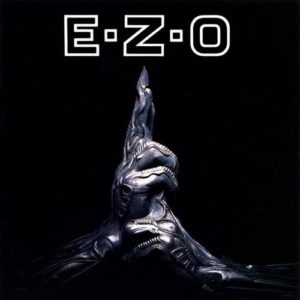 In terms of mainstream success in the United States, E-Z-O was probably one of the closest to breakthrough. The band’s video for the single Flashback Heart Attack” received airplay on MTV’s Headbanger’s Ball. The band was helped along by Gene Simmons of Kiss and released their debut album on Geffen Records. The band wore leather and black and white makeup that represented the different elements of Japanese folklore. The band was originally called “Flatbacker” and recorded several albums in Japan before changing their name to E-Z-O at Simmons’s request. After the band disbanded, leader singer Masaki Yamada joined Loudness for a succession of albums replacing vocalist Mike Vescera, who had replaced original Loudness vocalist Minoru Niihara. 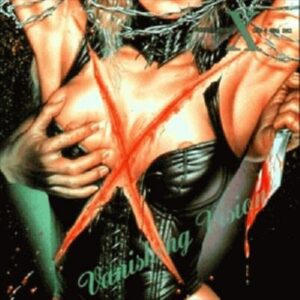 X Japan, started a new wave of music by incorporating visual elements like heavy makeup, elaborate costumes, and hairstyles, similar to the U.S. glam rock movement, but purely Japanese in style. X Japan was not widely known outside of Asia for many years but has steadily built a loyal following of fans worldwide. Unfortunately, they received the most press, for the tragic death of guitarist, Hide who was well-loved and wildly popular in Japan and now is recognized for his talents around the world. X Japan has only released 5 full-length albums throughout their long career and is lead by the charismatic drummer, Yoshiki. The band still does a tribute to their fallen band member Hide in each live performance. X Japan is considered a legendary rock band in Japan and throughout the world despite having a smaller discography than many other bands. The bands’ popularity has actually grown over the years. 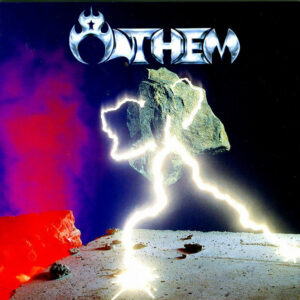 After Loudness broke through as the first mainstream Japanese heavy metal band, many bands tried to follow their lead. One of the best Japanese bands to hit the scene was Anthem. The band still continues to release new albums, periodically. Bound To Break was the band’s biggest success in the United States, but failed to capture the album buyer’s attention at the same level as Loudness. Highly regarded in Japan, the band has a lengthy discography and deserved far more credit overseas than they received. Studio albums released by Anthem to date: 1985: Anthem, 1985: Ready to Ride EP, 1986: Tightrope, 1987: Bound to Break, 1988: Gypsy Ways, 1989: Hunting Time 1990: No Smoke Without Fire, 1992: Domestic Booty, 2000: Heavy Metal Anthem, 2001: Seven Hills, 2002: Overload, 2004: Eternal Warrior, 2006: Immortal, 2008: Black Empire, 2011: Heraldic Device, 2012: Burning Oath, 2014: Absolute World and 2017: Engraved 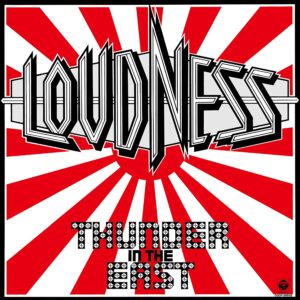 The first Japanese metal band to secure a major record deal with a company from the United States. That band is “Loudness”. Loudness started in 1981 and is one of the most popular metal exports from Japan. In May of 1981, Munetaka loudnessHiguchi (drums) and Akira Takasaki (guitar) from the Japanese band, Lazy decided to form their own band to pursue their favorite music style. Minoru Niihara (Vocals), a former member of Earthshaker, became the original lead singer of Loudness after auditioning. Masayoshi Yamashita (bass), an old friend with Takasaki, was also selected after a few auditions. The band released six releases consisting of full albums and EP’s before recording their debut album for Atlantic Records, entitled “Thunder In The East”. Loudness had made an intentional attempt to reach international fame. When Thunder In The East was recorded, Minoru Niihara did not speak English and learned to sing all of the vocals phonetically. The band received airplay on MTV, which brought them to a whole new audience of American rock fans. The album released in 1985, reached no. 4 on Japanese charts and landed at no. 74 in the U.S. They toured the U.S. with Motley Crue and became the first Japanese rock band to play Madison Square Garden. The band released Lightning Strikes and Hurricane Eyes in the United States and Akira Takasaki began to get noticed as a guitar hero, alongside the likes of Eddie Van Halen, George Lynch, Yngwie Malmsteen, Jake E. Lee, and others. The band went through a few lineup changes when Niihara left the band as was replaced by American vocalist, Mike Vescera and later by Masaki Yamada of the Japanese band EZO. Niihara returned to the band in 2001. To date, Loudness has released a total of 26 studio albums and remains a legendary band, both in Japan and the United States. Today, Akira Takasaki is considered among the best rock guitarists in the world. 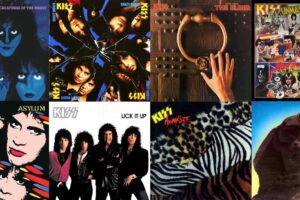 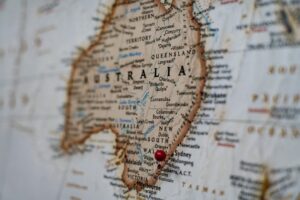 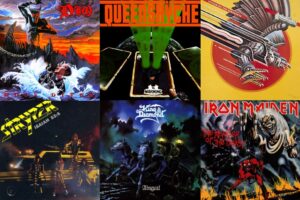 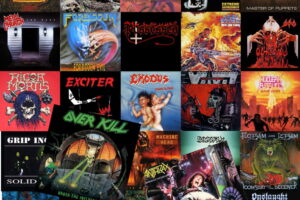 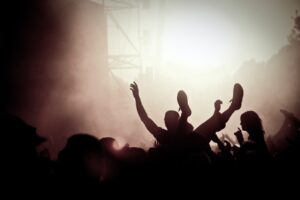