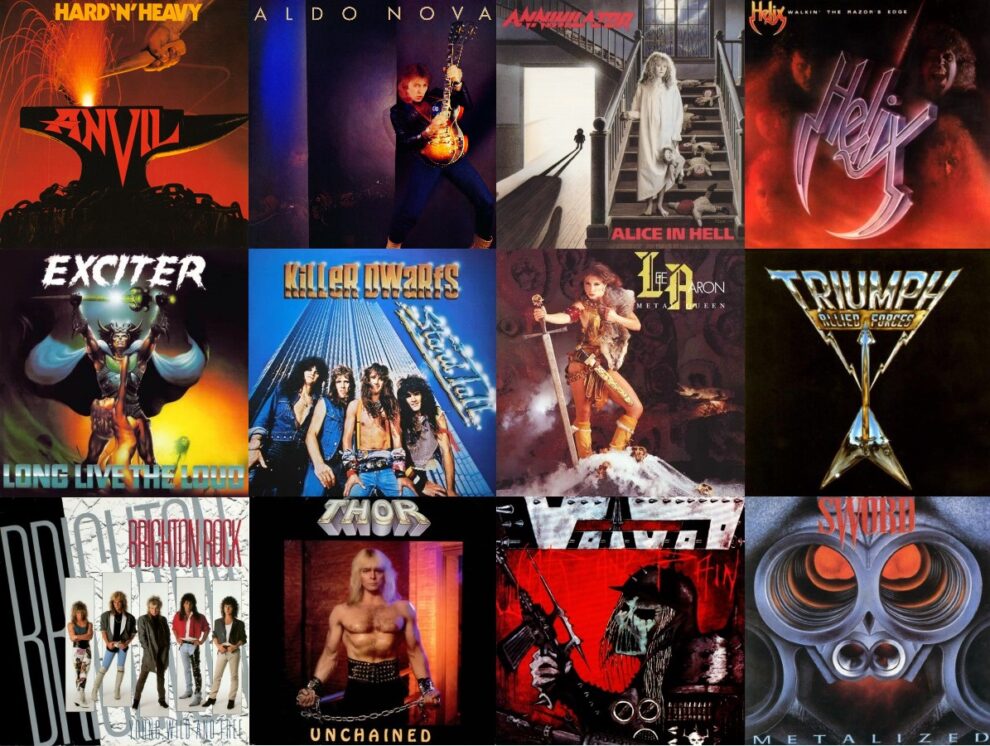 Canada has produced some great metal bands over the years. This list is based on what was considered heavy metal during the 80s. Today, a few of these bands are often classified as hard rock or mainstream rock, but during the decade of the 80s, the definition of heavy metal covered a lot of territory.  As music that’s labeled as metal became heavier over the years, the classification of some of the bands changed to reflect a lighter sound compared to the heaviness of modern metal music. Creating this list is kind of like judging a beauty pageant with everyone’s girlfriend in it. If we left out bands like Rush, Triumph, and Aldo Nova we might please the metal purists, but then fans of those bands would consider it blasphemy that they were not included and vice versa. Damned if you do and damned if you don’t. It’s always a given that not everyone will agree when it comes to best-of lists…but this one was more difficult than most. 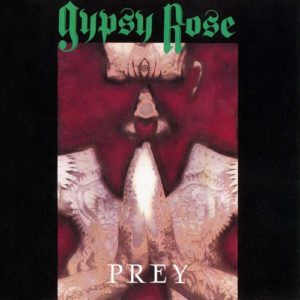 Gypsy Rose was one of the first bands to sign to Gene Simmons’ record label. This Canadian band released two singles, “Poisoned By Love” and “Don’t Turn Your Back On Me Now” from their debut album “Prey” and garnered them a growing fanbase. While the band disbanded when the height of the glam metal era began to fade, vocalist Michael Ross returned with solo material and has also returned with a new lineup of Gypsy Rose. The band has since released several albums with FNA Records. 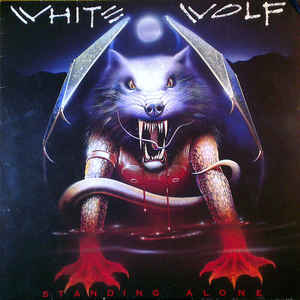 This Canadian metal band released two albums in the 80s: Standing Alone (1984) and, Endangered Species (1986). Both albums cracked the top 200 in the U.S. but failed to generate any hits. The band released a music video for the song “She” which received some airplay on MTV.  The band toured throughout the U.S., Japan, and Europe to support the albums but didn’t have the success that they had hoped for in finding a commercial audience. The band reunited in 2007 and released new material. They are currently active. 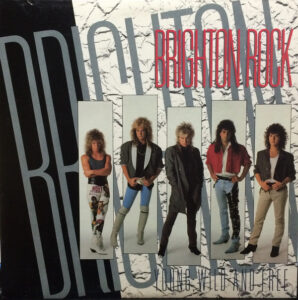 These Canadian rockers recorded Young, Wild and Free (1986) and Take a Deep Breath (1988) during the 80s. They followed it up with one more studio album, Love Machine (1991).  The album Young Wild and Free brought the singles “We Came to Rock” and “Can’t-Wait for the Night” which charted highly in Canada and eventually went Gold.  Take a Deep Breath also garnered the band a Gold record in Canada. However, their success did not expand outside of Canada on a larger scale. The band still has devoted fans and they have reunited several times for charity events. 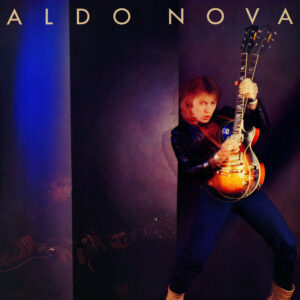 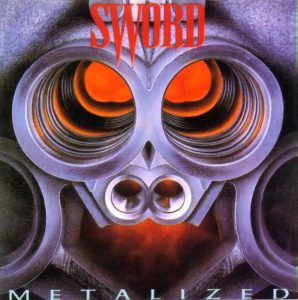 Sword is an outstanding true metal band that just got lost in the shuffle. Metalized should have brought these guys into the limelight because it’s own hell of a great metal record. It’s outstanding from beginning to end, especially considering it’s their debut release. The band went on to release one more album which also received praise from critics and fans. The band eventually broke up, but has reformed recently and has joined the newly re-formed Combat Records label owned by Megadeth’s David Ellefson. The band is currently working on new material to be released in the near future.

Canadian metal band, Kick Axe never seemed to get a fair shake. They were another band that just didn’t receive enough exposure to be well known with hard rock fans. The band released several great albums, with “Vices” being their most widely known album. The band always had great songs and arrangements to make any metalhead go wild, but the band seemed to die a slow death with very little promotion. 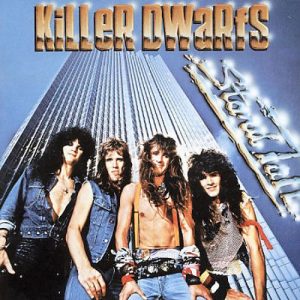 This product of Canada released its debut album in 1983. The original lineup consisted of Russ Graham (vocals), and Darrell Millar (drums),  Bryce Trewin (guitar) and,  Ange Fodero (bass).  Guitarist Mike Hall and bassist Ron Mayer were the latter members soon after. The band found a decent amount of success with their second album “Stand Tall”. Armed with a sense of humor, (all the band members adopted the stage surname Dwarf) the band found MTV airplay helpful to reaching a larger audience outside of Canada. Big Deal would be their last album during the 1980s and it also did moderately well. The band is currently still performing and released the album Start @ One, most recently in 2013. 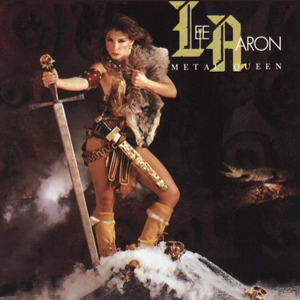 Canadian, Lee Aaron whose real name is Karen Lynn Greening released her debut album “The Lee Aaron Project” in 1982. Followed up by the album “Metal Queen” in 1984, she signed a multi-album deal and was heavily promoted in major rock magazines. Metal Queen produced a minor hit of the same name. She would go on to release such albums as Call of the Wild (1985),  Lee Aaron (1987) and, Bodyrock (1989).  She continued to release albums throughout the 90s and 2000s with Diamond Baby Blues being her latest release in 2018. Lee Aaron is currently still active in music.

This Canadian band formed around singer Jon Mikl Thor was known more for their theatrics than their music.  Singer Thor was a bodybuilder who used his physique almost as a prop. The 80s saw the band release the albums: Only the Strong (1985), Recruits – Wild in the Streets (1986), and The Edge of Hell (1986) (credited as Tritonz). The band broke up in 1987 and Thor decided to try his hand at acting in such movies as Recruits (1986), Zombie Nightmare (1987), and Rock ‘n’ Roll Nightmare (1987). The band would reform many times with various lineups. A documentary film, I Am Thor, was released in 2015 and revitalized Jon Mikl Thor’s career, who continues to release albums. 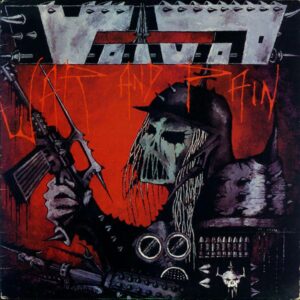 This unique Canadian thrash band has released 14 studio albums to date. The band was formed in 1982. Voivod has had numerous line-ups over the years including a stint by Metallica bassist Jason Newsted. Guitarist Denis (Piggy) D’Amour died at the age of 45 in 2005 due to complications from colon cancer. Two of the original members still remain, Michel Langevin (Away) and Denis Bélanger (Snake). Voivod often lyrically references themes of science fiction and bleak, post-apocalyptic type futurism. 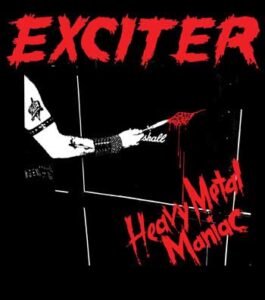 Hailing from Canada, Exciter is considered to be one of the first speed metal bands. The 80s saw them release the following albums: Heavy Metal Maniac (1983), Violence & Force (1984) Long Live the Loud (1985), Unveiling the Wicked (1986), and Exciter (O.T.T.) (1988). They started out with Shrapnel Records and then signed to Megaforce Records in 1984. Commercially, the band would never reach the level of other bands of the time including Metallica, Exodus, Megadeth, and Anthrax. Exciter has continued on as a band for many years with different lineups and is currently active. 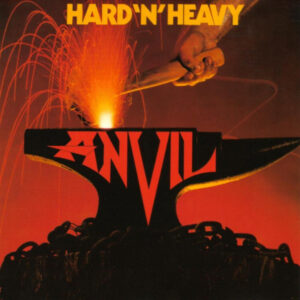 This Canadian metal band released  Hard ‘n’ Heavy (1981), Metal on Metal (1982), Forged in Fire (1983), Strength of Steel (1987), and Pound for Pound (1988) in the 80s.  Known for outrageous antics, including playing the guitar with a dildo and performing nude, Anvil had gotten great opening slots for other metal bands but failed to reach the same level themselves. Eventually, the band faded into almost obscurity, but the band made a huge comeback after a documentary about the band was released called Anvil!: The Story Of Anvil.  Almost like the fictional band Spinal Tap, Anvil had suffered for their art and finally achieved the honor that they had deserved for so many years. 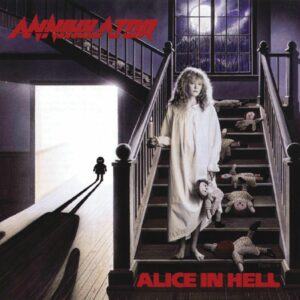 Annihilator is the highest-selling Canadian thrash band and has sold over 3 million albums worldwide. The band’s first two albums, Alice in Hell (1989) and Never, Neverland (1990) are highly regarded and the band has released seventeen studio albums thus far. The only remaining original member is Jeff Waters, but the band remains extremely popular and has a loyal following of fans. 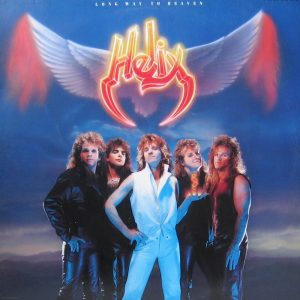 This Canadian band deserves far more credit than they have received over the years. During the 80s they released White Lace & Black Leather (1981), No Rest for the Wicked (1983), Walkin’ the Razor’s Edge (1984), Long Way to Heaven (1985), and Wild in the Streets (1987).  Helix had their first hit with “Heavy Metal Love” from the No Rest For The Wicked album. The next album would be the one to launch the band to superstar status. With the release of Walkin’ The Razor’s Edge, the band had two singles chart with “Gimme Gimme Good Lovin’ and the song that Helix is most famous for “Rock You”. Brian Vollmer and company continue to record new albums with Old School in 2019 being their latest release 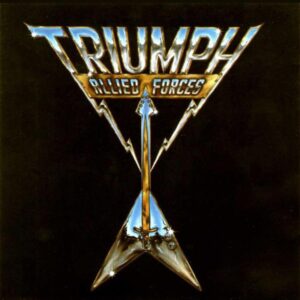 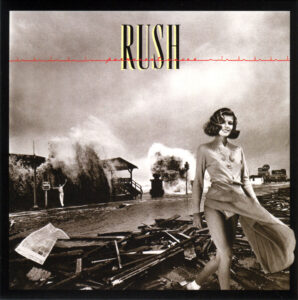