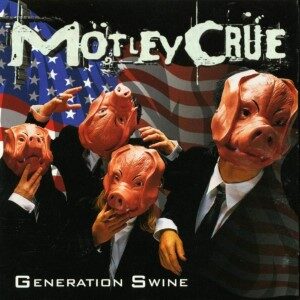 When fans finally got a reunion with Vince Neil and the rest of Motley Crue, it wasn’t quite what we all expected. The band decided to try to catch a ride on the Alternative Rock scene that was happening at the time and the results are one big horrible mess. It didn’t help that many of the songs were left over from an aborted album that the band was originally recording with John Corabi. The song structure didn’t seem to match the traditional way Vince Neil sings and it was then hampered by both Nikki Sixx and Tommy Lee handling lead vocals on “Rocketship” and “Brandon”. This album sounds like Motley Crue didn’t know who they were sound-wise and ultimately comes off as a band desperate to fit into the musical trends at the time. 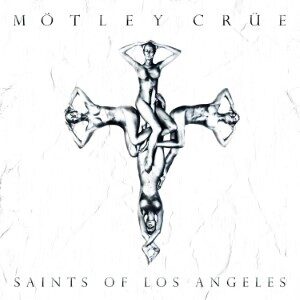 Saints Of Los Angeles is the latest full album release by the band to date. While the album doesn’t hit the mark on every song, it has a few good songs with the title track, “Saints Of Los Angeles” being the best song on the album. Other standout tracks include “MF Of The Year”, “Down In The Dirt” and “Down At The Whisky”. This one comes up short again though, with the band again including songs that seemed sub-par and uninspiring with a few solid songs. Motley Crue still seemed to be trying to redefine their sound, apparently for radio airplay, as mainstream rock radio was featuring bands like Shinedown, Nickelback, Seether, and Chevelle. SOLA could have been a great album if the Crue had just been their selves and went back to their dirty roots. 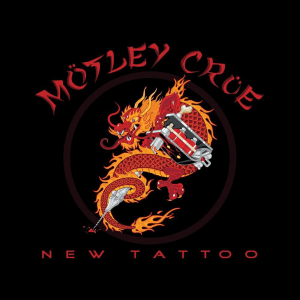 New Tattoo seems to be the logical musical successor to Dr. Feelgood with the album feeling like the band never split up and this was the next album. Unfortunately, Motley Crue’s dysfunctional relationship as a band was still evident as this was the only album released without Tommy Lee on drums. Former Ozzy Osbourne drummer Randy Castillo joined the band for just this one album. Sadly, Randy passed away in 2002 from complications of cancer. Musically, New Tattoo seemed like a return to form for the band with some good songs including “Hell On High Heels”, the ballad “New Tattoo” and the heavier “Punched In The Teeth By Love”. Commercially, the album didn’t sell well and faded quickly from the charts after its release. Despite Tommy Lee’s absence from this album, it’s the best Motley Crue album to be released after the band reunited with Vince. 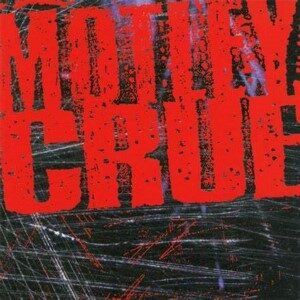 By 1994, the music scene was dominated by Alternative Rock and Grunge Rock, and the 80s metal scene was considered yesterday’s news for the record companies. Motley Crue had parted ways with singer Vince Neil after the Dr. Feelgood album and was ready to deliver a more modern, heavier, iron horse version of Motley Crue with singer John Corabi at the helm. The album charted as a Gold record in sales but didn’t have the staying power that previous Motley albums did. Musically, the album was well-done and has been celebrated more in recent years by Crue fans as a solid album that just didn’t stick because of changing musical tastes and the bands’ fans wanting the original lineup back. This album would be the only Motley Crue released with John Corabi and the only Motley album released without Vince Neil. 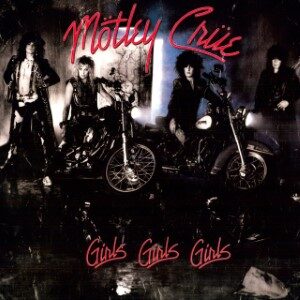 After releasing the glam heavy album “Theatre of Pain”, Motley Crue returned with a heavier, leather biker image and sound for Girls! Girls! Girls! The band mixed heavier tracks like “Wildside” with the party anthem “Girls! Girls! Girls! and the softer ballad “You’re All I Need”. The album was commercially successful and kept Motley Crue front and center in the 80s metal scene. The band even included the Elvis Presley track “Jailhouse Rock” referencing singer Vince Neil’s jail time for vehicular manslaughter when he was involved in an accident that killed Hanoi Rocks drummer Razzle. The band was dealing with Sixx’s drug addiction problems and Neil’s trouble with the law while recording this album and aside from the leadoff singles, the album feels like it was finished with filler songs that lacked any real substance. 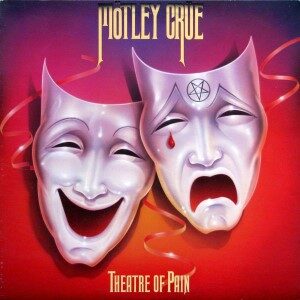 After Shout At The Devil, Motley Crue would go and do the unthinkable, at the time. The band dropped the leather metal image and went over the top glam metal in appearance. Their sound was also bluesier and lighter than the first two albums. The band released the cover song “Smoking In The Boys Room” as the first single. It was a shock to most fans as the style was more boogie-woogie hard rock with a glam influence infused in it. The band also released the ballad “Home Sweet Home” which was a smash hit for the band. The album was a huge success commercially, mostly because of the single “Home Sweet Home”, but there was still some influence of the earlier days in their sound with songs like “Louder Than Hell”, “We Need A Lover (Tonight), and “Fight For Your Rights” but ultimately it marked the end of the more metal sound that the band started out with. 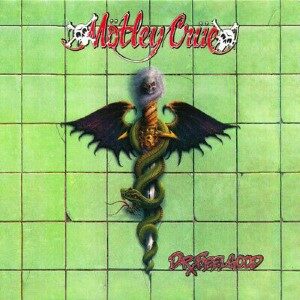 Dr. Feelgood was released at the very end of the 80s decade but delivered with hit songs like “Dr. Feelgood”, “Kickstart My Heart”, “S.O.S.’ Same Ol’ Situation” and the ballad “Without You”. “Dr. Feelgood” was a commercial success that saw the Crue enjoying the 80s hedonistic lifestyle to the fullest. And while the band seemed to be climbing the charts and finding commercial success, trouble was brewing within the band. Vince Neil was fired after Dr. Feelgood and replaced with John Corabi who had fronted the L.A.-based band “The Scream”. It would be 11 years before Motley Crue would record another studio album with Vince Neil.

The debut album by Motley Crue with the lead singles “Live Wire” and “Stick To Your Guns” (the latter, which was not included on the album when Elektra released it but added as a bonus track in later years) showed Motley Crue had serious potential and was on to something that would propel the band into the spotlight. As an album, Too Fast For Love delivers great songs including the title track, “Come On And Dance” and songs like “Piece Of Your Action” and “Take Me To The Top” sounding similar to what the band would deliver on their next album “Shout At The Devil”. The bands’ first two albums featured a ferocity that would later give way to a more party rock atmosphere. 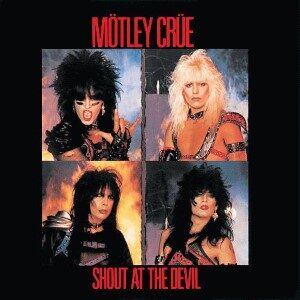 Motley Crue’s Shout At The Devil is a damn near-perfect metal album. This second album by the band would take them to the top and rightfully so. With now-classic metal tracks like “Shout At The Devil”, “Looks That Kill, “Too Young To Fall In Love” and a rousing version of the Beatles hit “Helter Skelter”, Motley Crue became household names worldwide with the release of this album. Every song is top-notch with only two tracks that aren’t straight-up metal, “In The Beginning”, which opens the album, sets an eerie tone and lays the groundwork for “Shout At The Devil” to come blasting through your speakers and “God Bless The Children Of The Beast” which is a somber guitar piece by Mick Mars that serves as a brief intermission between rockers “Bastard” and “Helter Skelter”. All in all, the two non-abrasive tracks actually enhance the incendiary effect of the massive heavy-hitting tracks that punch you right in the mouth. While Shout At The Devil made Motley Crue the powerhouse rock band that they are, the band would sadly never reach this level of perfection again.