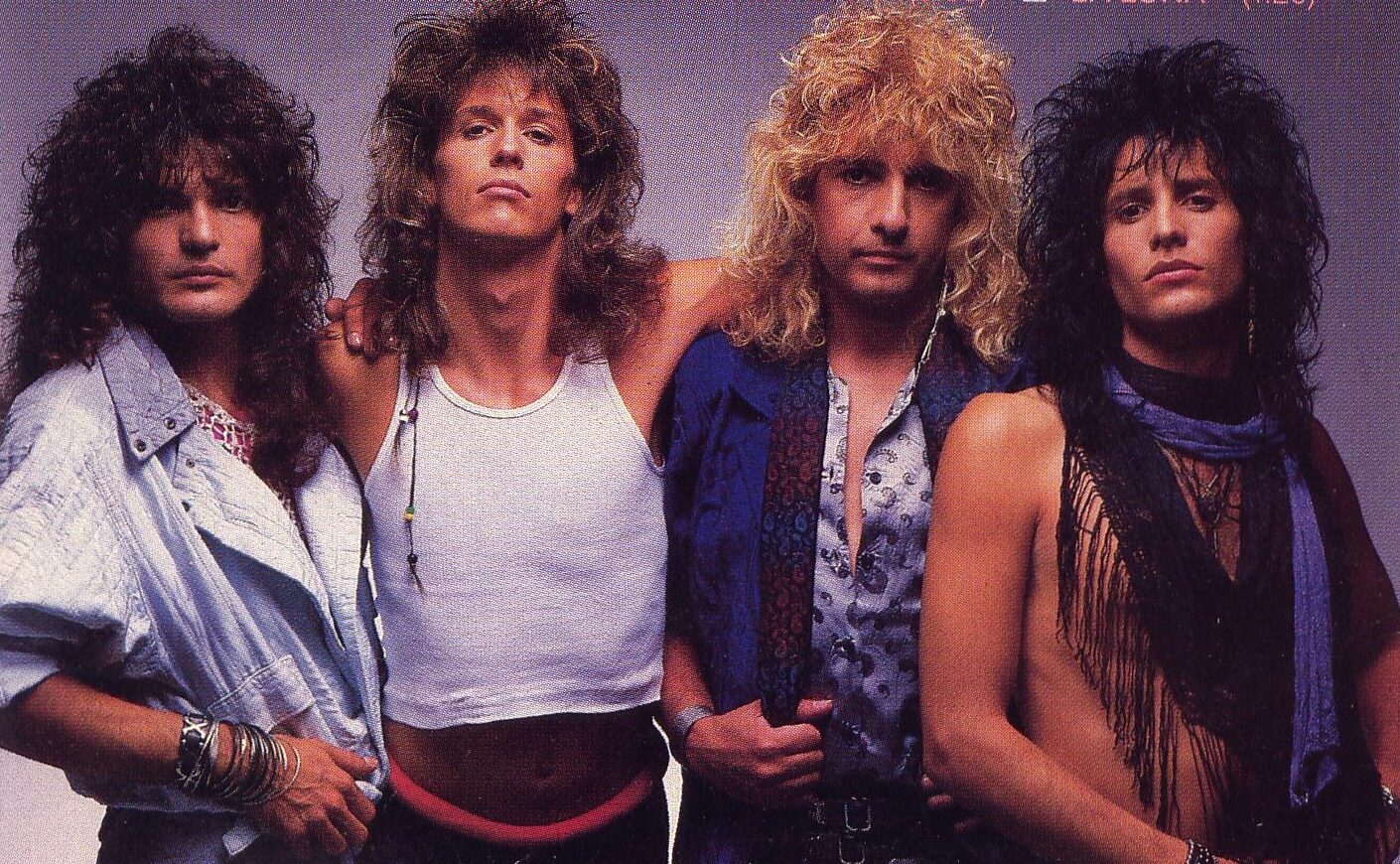 Hurricane started out in 1983-84 with the original lineup of lead vocalist Kelly Hansen (vocals/rhythm guitar), Robert Sarzo (guitar), Tony Cavazo (bass), and Jay Schellen (drums). Robert Sarzo is the brother of Rudy Sarzo (Quiet Riot, Ozzy Osbourne, Whitesnake) and Tony Cavazo is the brother of Carlos Cavazo (Quiet Riot, Ratt). The original lineup released the albums Take What You Want (1985) and Over the Edge (1988). Robert Sarzo left in 1989 and was replaced by Doug Aldrich for the album Slave To The Thrill (1990). In 2001, Hurricane released the album Liquifury featuring Kelly Hansen and Jay Schellen as the only original members.

So Where are They Now?

Robert Sarzo, nicknamed The VuDu Man was originally hired to replace Randy Rhoads in Ozzy Osbourne’s solo band after Rhoads’ death. However, Robert never took the stage because Ozzy Manager had already filled the position without telling them. Robert was introduced to Tony Cavazo by Kevin DuBrow and they formed Hurricane in 1984. Robert left the band in 1989 after the Over The Edge album. While Hurricane would continue on for two more albums, the band eventually disbanded. Robert and Tony Cavazo returned to reform the band with a new vocalist and drummer. Sarzo also was the lead guitarist for Geoff Tate’s version of Queensryche. Robert released his first solo album in 2013 called After The Storm, has performed and produced movie soundtracks, and is involved in a Tribute To Santana as well as playing and currently recording a new album in Hurricane.

Tony Cavazo played in the L.A. band Snow and released their self-titled EP in 1980. The band released an awesome compilation CD in 2017 called “At Last”. He also played bass in the band London and briefly for Quiet Riot in 1981. After being introduced to Robert Sarzo, they formed Hurricane together. Tony currently still performs in Hurricane and in Aeromyth – The Aerosmith Tribute Band.

After Hurricane Kelly Hansen did a lot of studio work. He released two albums with Air Pavillion, and single albums for Unruly Child (1999) and Perfect World (2003) before landing the gig as the lead singer for Foreigner in 2005. Kelly currently performs with Foreigner alongside another 80s metal star, Jeff Pilson (Dokken).

Jay Schellen played with Kingdom Come vocalist Lenny Wolf in Stone Fury in 1984 and then joined Hurricane in 1985. He played on the first four albums by the band including the Liquifury album in 2003. He performed on the self-titled album by Unruly Child, joined the band World Trade (1995), formed the band Sircle Of Silence with singer David Reece (Accept, Bangalore Choir), guitarist Larry Farkas (Vengeance Rising, Die Happy), and bass guitarist Greg Chaisson (Badlands, Kings Of Dust). In more recent years he has performed with Asia, Yes, Dukes Of The Orient and with Peter Banks.

Doug Aldrich (Not Pictured) performed on the Slave To The Thrill album in 1990. He went on to perform with Dio, Whitesnake, Bad Moon Rising, Revolutions Saints, and The Dead Daisies.