A BRIEF HISTORY OF JAPANESE HARD ROCK AND METAL

Recently, there has been a lot of publicity around the Japanese band Babymetal. This trio of Japanese teens have taken the world by storm and found international success. Now, having said that, I’m sure many metal purists would take issue with Babymetal being to referred to as a metal band. You see, Babymetal is a new hybrid, mixing metal music with Japanese pop music to create a new genre of music.

With all of the attention focused on this Japanese band, I thought it would be fitting for XS ROCK to do an article about Japanese hard rock and metal. Now, I’m not going to cover every single Japanese rock band here, but I do think it’s important to remind the rest of the world that Japan not only has a large rock and metal fan base but also has a lot of great bands that you may not be aware of. If that’s the case, you’re missing out on some really great music.

So, let’s start with the first band to secure a major record deal with a company from the United States. That band is “Loudness”. Loudness started in 1981 and is one of the most popular metal exports from Japan. In May of 1981, Munetaka Higuchi (drums) and Akira Takasaki (guitar) from the Japanese band, Lazy decided to form their own band to pursue their favorite music style. Minoru Niihara (Vocals), a former member of Earthshaker, became the original lead singer of Loudness after auditioning. Masayoshi Yamashita (bass), an old friend with Takasaki, was also selected after a few auditions. The band released six releases consisting of full albums and EP’s before recording their debut album for Atlantic Records, entitled “Thunder In The East”. Loudness had made an intentional attempt to reach international fame. When Thunder In The East was recorded, Minoru Niihara did not speak English and learned to sing all of the vocals phonetically. The band received airplay on MTV, which brought them to a whole new audience of American rock fans. The album released in 1985, reached no. 4 on Japanese charts and landed at no. 74 in the U.S. They toured the U.S. with Motley Crue and became the first Japanese rock band to play Madison Square Garden. The band released Lightning Strikes and Hurricane Eyes in the United States and Akira Takasaki began to get noticed as a guitar hero, alongside the likes of Eddie Van Halen, George Lynch, Yngwie Malmsteen, Jake E. Lee, and others. The band went through a few lineup changes when Niihara left the band as was replaced by American vocalist, Mike Vescera and later by Masaki Yamada of the Japanese band EZO. Niihara returned to the band in 2001. To date, Loudness has released a total of 26 studio albums and remains a legendary band, both in Japan and the United States. Today, Akira Takasaki is considered among the best rock guitarists in the world. 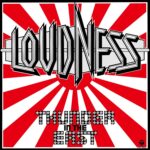 Listen To Loudness on Spotify

After the success of Loudness, many other new Japanese metal bands began to appear. Among the best known, were Anthem, EZO, and X Japan (which started a new movement in rock music, called Visual Kei). These bands, however, would struggle to reach the international level of success that Loudness had achieved. However, in recent years, X Japan has become recognized as a true innovator in rock music and has reached fame worldwide.

Anthem, founded in the early 1980’s were comprised of Eizo Sakamoto (vocals), Naoto Shibata (bass), Takamasa Ohuchi (drums) and Hiroya Fukuda (guitar). They were wildly successful in their home country of Japan, but failed to break through to American audiences until 1987 when they released “Bound To Break”. By this time, lead singer, Sakamoto had decided to leave the band and was replaced by Yukio Morikawa. This lineup was consistent until 2000, when former Rainbow singer Graham Bonnet joined them for one album, simply called “Heavy Metal Anthem”. Eizo Sakamoto rejoined the band and recorded with them for a string of albums before again leaving to form the Japanese band Animetal. Morikawa returned and the band, most recently recorded Absolute World in 2014. 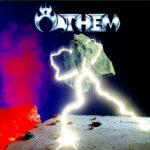 Listen To Anthem on Spotify

EZO started in 1985 under the name Flatbacker, ( a crude reference to Japanese women having flat posteriors). They released two albums in Japan, before teaming up with Gene Simmons of Kiss fame to record a new album under the name EZO. The band wore face makeup similar to that of Kiss, which was rumored to be taken from the traditional Japanese Kabuki theater performers. The band recorded two albums for U.S. release before disbanding. They received heavy rotation on MTV with the song “Flashback Heart Attack” which helped sell the self titled release. Later, lead vocalist Masaki Yamada would replace Minoru Niihara as the singer in Loudness from 1992-1999. Yamada has recently relocated permanently to New York and has formed a new band in which he is the bass player called Firesign.

Listen To E-Z-O on Spotify

X Japan, started a new wave of music by incorporating visual elements like heavy makeup, elaborate costumes, and hairstyles, similar to the U.S. glam rock movement, but purely Japanese in style. X Japan was not widely known outside of Asia for many years but has steadily built a loyal following of fans worldwide. Unfortunately, they received the most press, for the tragic death of guitarist, Hide who was well-loved and wildly popular in Japan and now is recognized for his talents around the world. X Japan has only released 5 full-length albums throughout their long career and are led by the charismatic drummer, Yoshiki. The band still does a tribute to their fallen band member Hide in each live performance. 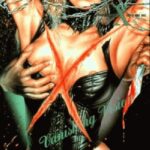 Listen To X-Japan on Spotify

Dead End is another Japanese metal that also incorporated the visual kei style. They were signed to an American label in the ’80s but only found a small amount of success with American audiences when their Dance Macabre single from the “Ghost Of Romance” album was given airplay on MTV.  They continue to be popular in Japan as well as other parts of the world. 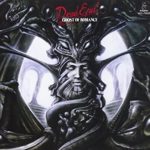 Listen To Dead End on Spotify

Stay tuned for part two of this article as we go into more depth about the bands that have shaped the landscape of metal music from the land of the rising sun, Japan.