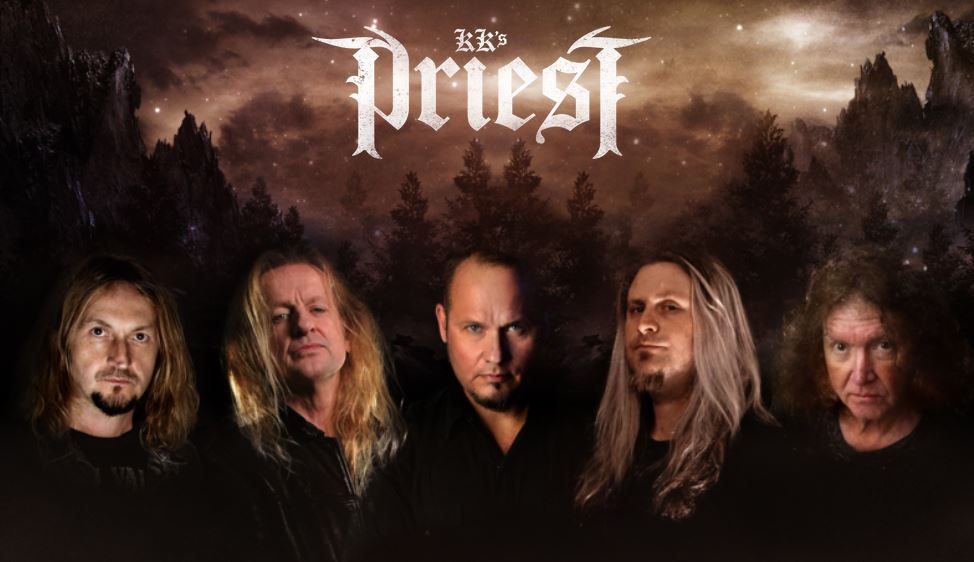 Former Judas Priest guitarist K.K. Downing has started his own band called KK’s Priest.  The band featuring Downing on guitars, AJ Mills on guitar, Tony Newton On bass, Les Binks on drums, and former Judas Priest vocalist Tim “Ripper” Owens has recorded vocals for the new album.  As many of you might recall, K.K. Downing retired from Judas Priest in 2011 citing disagreements with the band without being too specific.  K.K. was replaced in Judas Priest with Richie Faulkner.  Glenn Tipton revealed that he had Parkinson’s disease in 2018 and would step down from touring. Andy Sneap has filled in for Tipton ever since.  K.K. Downing expressed his disappointment with the members of Judas Priest for not contacting him and asking if he would return to fill in for Tipton.

K.K. Downing and Tim Ripper Owens In The Studio

Now, K.K. Downing has started his own band, with much if not all of it, now finished recording.  K.K. recently posted the update regarding the status of the album:

“We are now just waiting for studio facilities to re-open in order to mix and master the album.” ​”We are incredibly excited and totally ready for the launch of what we consider to be an exceptional and important record; we sincerely hope that you will agree!”

Apparently mastering and mixing has been difficult to achieve during the COVID-19 pandemic and has slowed down the process.

Meanwhile, Judas Priest has been working on their follow-up to their last album “Firepower”. Songwriting began in February 2020 and Faulkner and Tipton are reportedly recording tracks for the new album.

Typically, I’m not one to compare “this band” versus “another band”, but if there was ever a scenario where it seems like a battle of the bands was brewing, it would be with the two Priests.

I would say that it seems like K.K. Downing and Tim “Ripper” Owens have more to prove here. K.K. is a phenomenal guitarist and was an integral part of Judas Priest for many years.  “Ripper” has an incredible voice and after filling in as lead vocalist when Rob Halford was out of Judas Priest, has shown that he can deliver the goods.  But, like it or not, people are going to judge both of these bands against each other with their new albums.  In a way, it might be good, because both bands will be determined to outdo each other and therefore bring their “A” game on the new songs. Let’s hope it doesn’t get ugly between the rivalries of the two bands because honestly, I would love to see Judas Priest tour with K.K.’s Priest opening, but I doubt it will ever happen. It would be an awesome concert package for fans of Judas Priest if they could put their differences aside and bring a full-on metal assault to live audiences after the COVID-19 crisis is over.