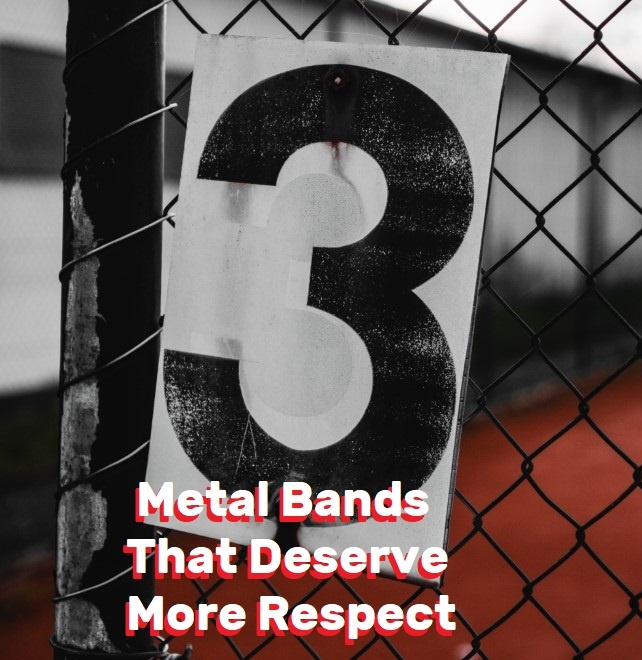 Quiet Riot was around for a long time before they made it big. Originally with the legendary Randy Rhoads at guitar, they released two albums for Japan. By the time they broke into the scene, their original bassist had planned to kill their lead singer. Randy had released two multi-platinum records with Ozzy Ozbourne, and unfortunately, passed away in a tragic accident. With legends such as Frankie Banali and Rudy Sarzo now involved, they were ready. Kevin DuBrow and Carlos Cavazo would soon become hard rock icons with the rest of the group.

They would release Metal Health in 1983. The band was forced, for the sake of a label deal to cover “Cum On Feel The Noize” which reached #5 on Billboard. The album itself would become the first metal record to reach the top spot on Billboard. Unfortunately, instead of DuBrow’s songwriting being at the front of their success, people mainly know them for their cover and as a one-hit-wonder. With over 6 million sales in the U.S. and over 10 million total, it is a massive hit. Their follow-up, Condition Critical is often seen as a flop, despite selling over two million total copies.  Their success, which kickstarted the “Hair Metal” movement had vanished almost overnight.

Stryper has sold (depending on the source) over 10-12 million albums. Most of their fans are actually secular. While televangelists took the Bible out of context to accuse them of ” faking Christianity” metal stations generally avoided them. The upbeat gospel message was not what they were looking for. As the saying goes, God works in mysterious ways. MTV started their Top 10 Music Video Countdown, and Dial MTV. In 1987 Stryper would be the most requested band on Dial MTV and have 2 #1 Music Videos and a #2. They were huge on a major television network despite their blatant message.

To Hell With The Devil is widely considered by most to be one of the greatest hair metal albums of all time. It is the album they are most known for to this day. Despite heavy albums like Soldiers Under Command and In God We Trust, the softer music videos made many think they were more of a pop/ soft rock group. 70% of their music involves a great assault on drums, power metal screams, and a turbo twin guitar attack. Honestly, they could easily be labeled a glam/ power metal hybrid. The fact that both religious and secular platforms for the most part hated them, their message wasn’t a “gimmick”. Even their “secular album” had Christian messages, it just targeted the hypocritical “so-called Christians” going after them.

They were one of the more well-known metal bands in the 1980s despite doing the opposite of what was popular. To this day they go against the grind and stand for something. I respect that. Their second run as a band has also received a lot of critical acclaim. You can’t “suck” if you sell millions of albums to people that don’t agree with your beliefs. Despite boycotts on both sides and their original label going bankrupt (as well as the band), they are still going strong. Stryper is heavier than ever, cleaner, more aggressive with better vocals and songwriting. Their conquest of MTV and success with atheists can only be explained by amazing musicianship or Divine intervention.

Warrant started their successful run off their debut album. Dirty Rotten Filthy Stinking Rich went double-platinum. The song “Heaven” peaked at #2 on Billboard. Unfortunately, it was kept out of the top spot by Milli Vanilli, the band that infamously was exposed for faking their vocals. This would not be the last time the single would be overshadowed. Oddly enough the talent they possessed would be largely responsible for their ruined image.

Jani Lane was forced to write a single after their second album was already written. Having no choice, Jani essentially treated it as a joke as he created it. The infamous track was written on a pizza box. It took a whopping 15 minutes to write. Unfortunately, the album would later be named after the song. Jani Lane would ultimately be known for this, instead of his career with Warrant that sold over 10 million units. The band, seen as one of the greatest in the “hair metal phase” would become a joke to many because of this one track that defined them.

This article is dedicated to the memory of Kevin Dubrow, Randy Rhoads, Frankie Banali, and Jani Lane. All four have tragically passed away. While they all were huge figures in the music industry, they were never as successful as they deserved to be. Whether death, cover songs, a stupid song they never wanted, or something else happened, these amazing rockers were overshadowed. The musical world feels a bit emptier without them. I wanted to thank them for their contributions to music. Without them, many great groups never would have had a platform. Thank you for sharing your gifts with the world and rest in peace.