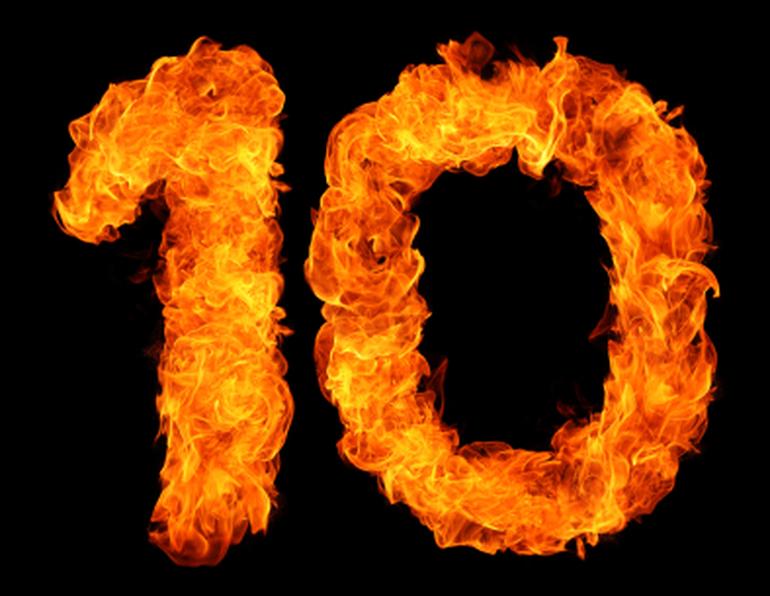 You wanted the best….you got the best! Now here are some of their worst albums

These 10 artists are some of hard rocks’ most famous bands.  Most have long careers with certified Gold and Platinum albums.  But even these artists have at least one album that they’d like to forget ever happened.

Kiss had been riding high since the ’70s with one great album after another until things started to go lame with “Unmasked”. While a lot of people thought it was the band’s worst album, they soon realized that it wasn’t when Kiss started circling the drain with the release of “Music From The Elder”.  While the band may get creativity points for trying a concept album, that was about all they’d get when fans heard the album for the first time.  Unfortunately, it was just a bridge too far for not only Kiss fans but for the band itself to be able to pull it off. It’s the most out of character album by the band and admittedly, I wouldn’t have it my collection except for being a completist.  With operatic choruses and much more subdued sound on this album was almost the death knell for the band.  However, the band quickly came to their senses and recorded what’s considered one of their best albums of the ’80s with “Creatures Of The Night”.  And the rest, as they say, is history with Kiss removing the makeup and re-energizing their fanbase for a second time. 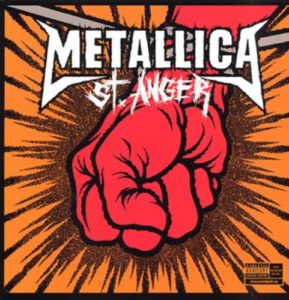 After what a lot of diehard Metallica fans considered to be a more watered down, less thrashy sound with the albums Load and Re-Load, the band announced they were going back to a heavier, more aggressive sound for their next album.  While the aggression was there, it wasn’t at all what most fans were expecting or wanting to hear from the masters of thrash.  I’m not really sure what happened here, but apparently, the band or at least some of the band members had been listening to the more alt-rock, nu-metal bands and thought they’d jump on the bandwagon. The drums on the entire album sound like Lars is beating the hell out of a milk carton and recorded it with a cheap microphone.  While some of these songs held promise with their return to heaviness, the production of the album was so terrible that people abandoned it like the plague.  After some group therapy and the addition of a new bass player, Metallica eventually learned how to be heavier again and recent albums have been pretty well received by longtime fans. 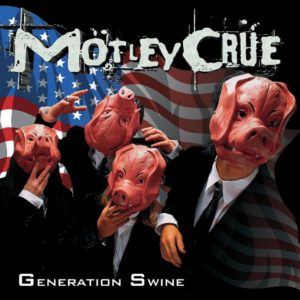 So after Dr. Feelgood, the band fired Vince Neil as the vocalist and hired former Scream vocalist John Corabi as his replacement.  Now, some folks would probably guess the one with a different singer was the band’s worse, but it actually was a decent effort.  Sure it didn’t sound like the same band without Neil’s signature vocals, but it actually was a really good album, musically.  So the band patch up their differences and announce they are back together and recording a new album.  They teased “Shout At The Devil ’97” during a live awards performance and it sounded pretty good.  Same song, but a little more modern and darker.  However, that would be the best thing on the new album called “Generation Swine”.  Motley Crue seems quite guilty of changing their sound here to try to fit into the alternative rock movement that had actually already come and was on it’s way out by ’97.  With the gushy “Brandon” sand by Tommy Lee about his son, the boring keyboard-laced “Glitter” and the sappy alternative Rocketship, Motley Crue didn’t know what they wanted to sound like, but they knew they wanted to sound like what everyone was buying at the time. It failed miserably. I much prefer the follow-up,  New Tattoo to this one and the band only released one more studio afterward called “The Saints Of Los Angeles”. 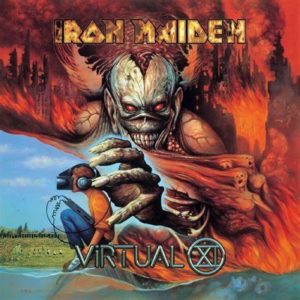 Iron Maiden found out quickly that Bruce Dickinson was not an easy vocalist to replace. And while The X Factor was the first album to feature vocalist Blaze Bayley, I think a lot of people, myself included thought that it would surely get better after that album. It didn’t.  Fans accustomed to the soaring vocals of Dickinson were left with a more flat and overall bland sounding output with Bayley at the helm.  I actually feel sorry for Bayley having to be the guy that followed Dickinson. He might have actually made it had he followed Dianno, but the comparison was always going to be there and frankly, it just didn’t work.  In fact, I can’t really explain it, but those two albums with Bayley just didn’t sound very good musically either.  Iron Maiden had always been thought of as well-rounded musicians with an incredible sound, but there just seemed to be no chemistry in this partnership. Luckily the band reconciled with Dickinson and they have continued to create one great album after another. 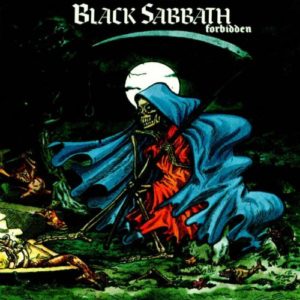 Black Sabbath has a long and stormy history, especially with the numerous singers that filled the lead vocalist role.  While the band is originally famous for the original line-up that featured Ozzy Osbourne on vocals.  They also received rave critical reviews when they recruited former Rainbow singer Ronnie James Dio.  After Dio’s brief tenure with the band, there was a virtual merry-go-round of lead singers over the years.  While Tony Martin appeared as a vocalist on several of Sabbath’s albums, Forbidden was probably the album that most fans have referred to as the worse.  The production of the album was very flat and many of the songs have been labeled boring and uninspired by many of the band’s fans.  Sabbath briefly reconciled with Ronnie James Dio twice more, once as Black Sabbath and once as a new band called Heaven And Hell before ultimately reuniting with Ozzy Osbourne for one last studio album called simply “13”. 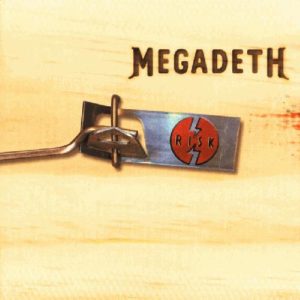 Risk sees Megadeth attempting to take the more commercial sounding path that Metallica took with Load and ReLoad but with far less success.  Gone are the thrashy elements that made Megadeth instantly identifiable, to be replaced by a more rock radio sound.  The backlash was pretty severe as most fans balked at this idea as an actual Megadeth album.  While the album eventually was certified gold, it was panned by fans and critics alike.  Most often viewed as an attempt to remain relevant in a changing musical world, it’s one of the few Megadeth albums that’s rarely mentioned.  Ultimately, Megadeth slowly returned to their more thrash-based roots and have been recognized as one of the originators of the thrash genre in recent years. 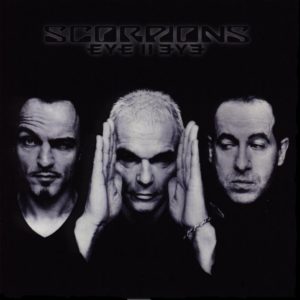 While the Scorpions have a long discography of many great albums, no one is quite sure what the hell the band was thinking when they released “Eye II Eye”.  Releasing an album that had more in common with bands like U2 than their classic rock contemporaries, was not only out of character but just plain weird.  Nothing about that album worked.  It was as if you’d been taken down the rabbit hole and introduced to another alternate universe where the Scorpions were a cheesy pop band.  Its sales were dismal.  So much so, in fact, that many people still aren’t even aware that this album exists. Fortunately, the band quickly realized the error of their ways and went back to the sound that made them hard rock heroes in the first place. 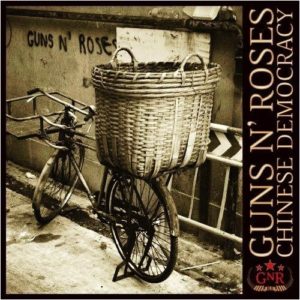 Almost fifteen years, Guns N’ Roses fans waited for new output from Axl Rose. I say, Axl Rose because at this point he was the only original member left in the band.  After a nasty split with the other bands’ members one at a time, it was actually hard to tell who was actually in Guns N’ Roses for many of those years. One thing was for sure.  After making people wait for almost fifteen years, it had better be good.  It wasn’t.  I mean, it wasn’t terrible either, but it really didn’t show any meaningful work for as long as it took to finish it.  The opening song Chinese Democracy is by far the best track on the album and it sounds like it might have been left over from the last time the band recorded together for the split.  While it’s not bad if you consider it an Axl solo release, it’s not even close to the greatness that Guns N’ Roses achieved together on “Appetite For Destruction” or the “Use Your Illusion” albums either for that matter.  The good news is most of the band reunited for a tour and appear to be headed into the studio again to release what hopefully will be a real proper GNR album. 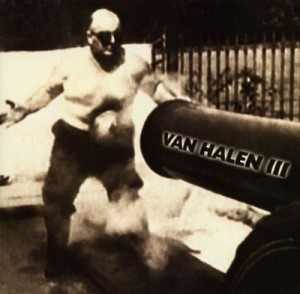 Edward Van Halen is my favorite guitarist of all time.  I’m not alone in feeling that way as the man has been an inspiration to countless musicians and music fans for many years.  Who else could change lead singers at the height of their popularity and still continue to dominate the music world? For most bands, changing lead vocalists is as good as ending the band. However, Van Halen was able to bring in Sammy Hagar to replace original singer David Lee Roth and did it quite successfully.  Now, I’m not saying that everyone was happy with this choice. I still prefer Dave to Sammy in Van Halen, but even the mighty Van Halen couldn’t pull off switching singers for the third time.  After a messy parting of ways with Hagar, Van Halen brought in Gary Cherone, known for his stint with the band Extreme, who also has a guitarist that’s not too shabby either.  Ultimately, fans didn’t really take to Cherone. I mean it’s not like he’s not talented. In fact, his vocal style on this album is almost a split between Dave and Sammy’s styles, but it just didn’t quite produce the chemistry needed to make the band exciting.  So Cherone left after this album and eventually David Lee Roth was brought back in for a new Van Halen album and tour for “A Different Kind Of Truth”.  With the changes in Van Halen over the years, I doubt they could ever make all of their fans happy, but going back to the beginning with Roth was a good of a move as any.

The almighty Judas Priest have produced some of the greatest albums in heavy metal history.  However, as evidence with Kiss’ Music From The Elder” album, bot everyone can pull off a concept album.  While Judas Priest’s attempt is far superior to the effort by Kiss, the songs on Nostradamus really don’t stand up on their own and seem to get lost in the shuffle when combined as a whole album.  The music is good and the band made a solid attempt but it somehow doesn’t gel together like it really should.  While it was a valiant effort it ranks as the probably the worst Judas Priest album to feature most of the original members.

Def Leppard’s Change In Sound: The Tale Of Two Leppards
The Good, The Bad And The Dirt On The Motley Crue Movie