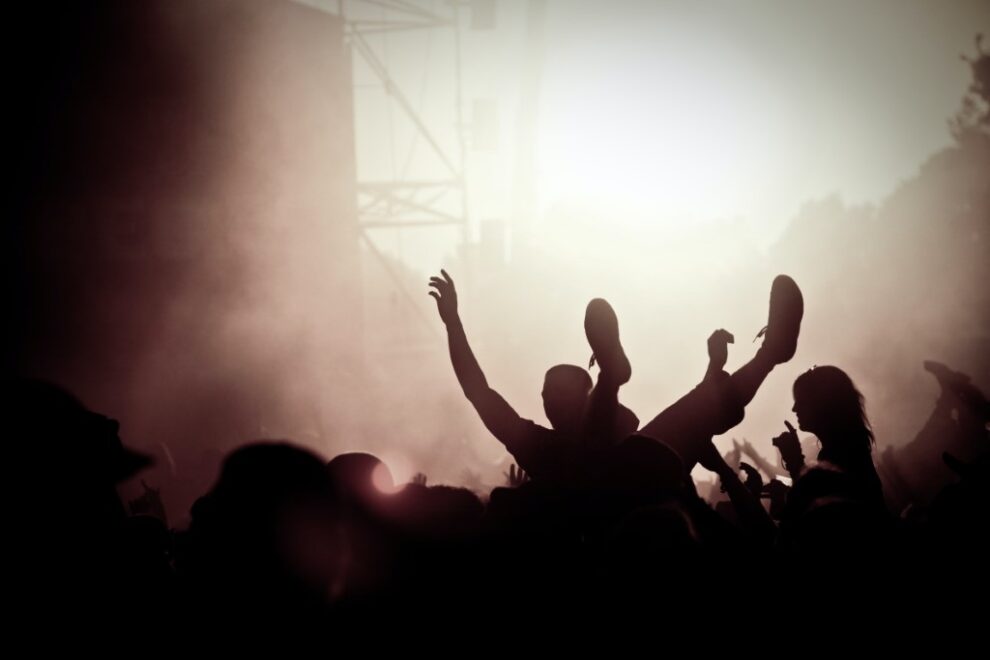 (Editor’s Intro) For some people, the world of Christian rock and the world of music outside that realm are two completely spaces. It’s surprising when you hear that someone who listens to metal and rock has ignored Christian rock bands just because of their lyrical content. Often, when they do take a listen they are pleasantly surprised with the results and find some really talented musicians to add to their music playlists. And, ironically this same pattern is often the same for many Christians who stay inside a small “Christian” umbrella for bands that they listen to, completely ignoring the mainstream world of music. Today, XS ROCK regular contributor, John Ward explains his love for music that doesn’t identify as “Christian”.

I tend to mention a lot of Christian bands in my articles. I don’t want to leave the impression that I only love Jesus music. Far from it. Today I’ll be talking about my favorite bands who are secular with non-Christian members. This eliminates the “Christians in a metal band but not a Christian metal band” group. Also excluded are bands lead by a Christian, even if for decades they were secular.

It is almost impossible to finish a high school education in America without hearing Queen. “We Will Rock You” and” We Are The Champions” would be beaten into you at sporting events. “Bohemian Rhapsody” and “Another One Bites The Dust” are also impossible not to run into, even if you live under a rock! In high school, I once tried to cosplay as Freddie Mercury. I was fascinated by how the band always experimented, and how intelligent they were. Freddie having arguably the greatest presence and vocals in music didn’t hurt either.

Pink Floyd has some dark, disturbing things. Such as performing at Pompeii. I enjoy dark and mysterious, not dark and stupid. They found a formula that was absolutely mystical to me and was extremely unpredictable. My personal favorite is “Be Careful With That Axe Eugene.”

Bands like Van Halen and Judas Priest are familiar to me. A lot of bands I like are inspired by them. While I only know a little of the discography of each, I love what I hear. Sadly I know mostly just the “famous” songs at this point. Their iconic sounds, however, are what I enjoy the most. I am never bored when listening to them.

Guns N’ Roses was the first hard rock/metal band I heard. “Sweet Child O’ Mine” was my introduction to 80’s music. “Welcome To The Jungle” was also fun and I loved hearing the intro during NFL kickoffs, before the plague of 2020. I just got so dug into anime I sometimes forget sports exist. What really made me a fan wasn’t the charming personality of Axl Rose. It was the unique style of Slash.

My Chemical Romance was bound to land on my radar. I’m not gothic or emo, but as an Otaku ( Otaku is a Japanese word that describes people with consuming interests, particularly in anime and manga), I had to visit Hot Topic. From teasing my best friend (now fiance…. Yes I escaped the friendzone) about not hearing them, but loving dark music, to listening to it myself, I became a fan. I personally think 3 Cheers For Sweet Revenge is their best album, but Welcome To The Black Parade is like the 21st Century “Bohemian Rhapsody”. The album is not as good as 3 Cheers, but for one song, they blew it away. The fact that they disbanded when they felt their quality was dropping shows how seriously these artists take their craft.

Green Day and Three Days Grace are always fun to listen to. Catchy lyrics and a metal attitude don’t hurt. They both have a lot of classic singles as well. One of my friends sang “Never Too Late” at our middle school talent show. That was my introduction to Three Days Grace. Another classmate sang “Time Of Your Life” by Green Day. When I played games like Halo Reach, I often listened to “Time Of Dying” to hype myself up.

I also enjoy a lot of 80’s metal. I love the glam/hair scene. Ratt, Warrant, Poison, etc. Some of the most underrated songwriting of all time came from this scene. Chances are if you name a successful hair act, I’ll have heard of them. Then again, I was born during the grunge movement.

Journey was my favorite band for a brief period. “Ask The Lonely” “Any Way You Want It” “Faithfully” “Separate Ways” “Who’s Crying Now” and “Send Her My Love” we’re all frequent listens. I wonder why none of my relationships from back then lasted??? “Mother Father” was another great one.

Other than that, I love a lot of one-hit wonders. Whether it be from Drowning Pool or decades-old songs like “Magic” by Pilot. A lot of catchy tunes. This also draws me to a few songs from ELO. I enjoy a fun experience.