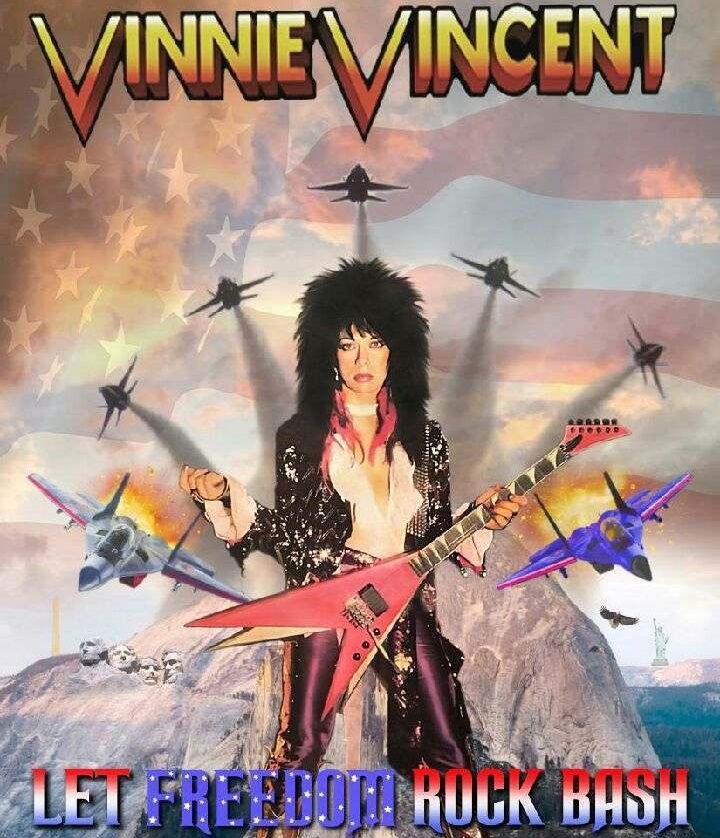 I am rescheduling the VINNIE VINCENT INVASION ‘BOYZ ARE GONNA ROCK’ CONCERT which was scheduled for August 8th and 9th to MARCH 2021 to allow for this special event to take place.

The LFRB will be professionally filmed, edited and released as a DOCUMENTARY DVD set of these two very special days in October 2020.

VINNIE VINCENT Performances will be filmed live along with a filmed collage of guest interaction of the LEGION and EUPHORIA members who will be immortalized forever on a first of its kind VINNIE VINCENT DVD.

S.I.R. is a small venue and is now at 50% capacity by order of the mayor, so reserve your ticket and place in Rock n Roll video history now. This will be an intimate party where every guest will be captured on film, their thoughts, opinions, voices, conversations, style and excitement against the backdrop of one of the most perilous moments in U.S. history.

All of which will intercut with the first Recorded and filmed VINNIE VINCENT LIVE PERFORMANCE since 1988 captured forever in a time capsule of what will be October, 2020.

This very special LET FREEDOM ROCK BASH will be a catered affair with plenty of spirits available.

Its time to ROCK and feel good again. And most of all we need to come together to celebrate life, liberty and freedom.

If for any reason, Covid-19 or otherwise, dictate the cancellation of the event, everyone will immediately be refunded their ticket price upon notice.

Again, THIS WILL BE THE FIRST RECORDED VIDEO RELEASE OF A LIVE VINNIE VINCENT PERFORMANCE SINCE 1988.

SO DON’T MISS YOUR CHANCE TO NOT ONLY BE A PART OF ROCK N’ ROLL HISTORY, BUT TO BE IN THE DOCUMENTARY ITSELF.

For this event, i suggest everyone stay at the MARRIOTT COOL SPRINGS. It is a Beautiful Hotel close to the venue and they will take care of you there.

There will also be plenty of security at S.I.R so everyone can have a safe and wonderful time. The way it should be.

This event is a special invitation to members of LEGION and EUPHORIA only.

Capacity is small and limited so reserve your tickets this weekend at www.vinnievincent.com.

Again, RESERVE YOUR ADMISSION NOW for this unique and historical DVD DOCUMENTARY.