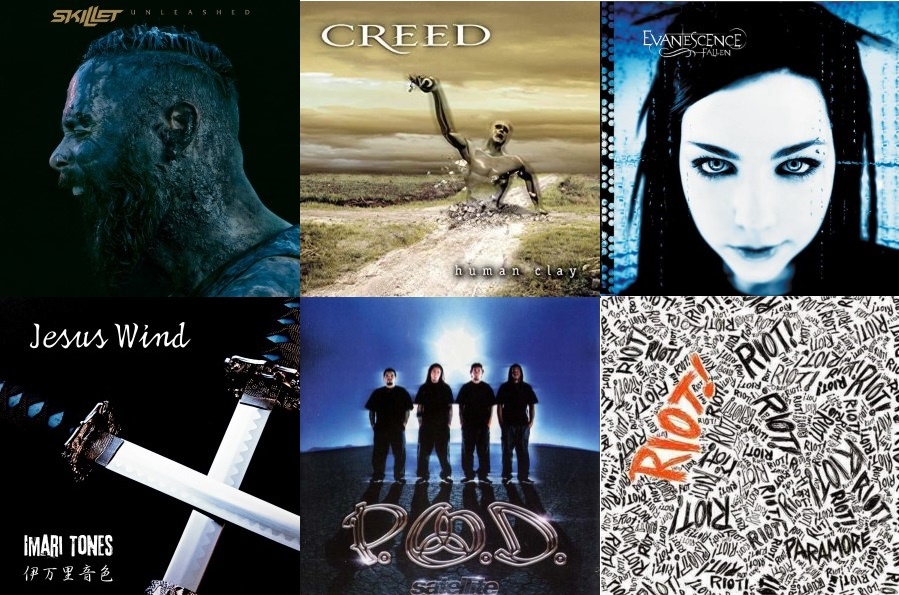 For this list, a band must have several Christian members, and many of their lyrics must be faith-inspired. The band also has to have started and stayed Christian. This keeps Megadeth and W.A.S.P. out as well as many bands that left their faith later on. Bands with members of different faiths such as Christianity and Judaism are also out as it can make the lyrics harder to distinguish, according to several sources the amazing Linkin Park fits this description. Also, bands that had albums without gospel messages contrary to Scripture are out. This means no Black Sabbath, and almost eliminates Stryper for their “Against The Law” album. The bands listed must also have some sort of success or impact. I mean they found Noah’s Ark where the Bible said it would be according to non-Christian sources as well, but if people don’t know that it does them no good.

They had legitimately good songs. My Own Prison is a good album. In terms of sales success, they top everyone else on this list. I will also point out that Scott Stapp didn’t know he had bipolar disorder when he got into a crash that got him into a painkiller addiction. This definitely harmed their music. It also sucks that they didn’t let one of the greatest guitarists of their generation shred. They had a lot more talent than their discography produced.

Christianity isn’t huge in Japan. That hasn’t stopped Tak and company from releasing a respectable amount of albums in the land of the rising sun. They have a wide range of musical prowess, being able to perform in many different styles. In many songs, they add bits in English as well. They are fun to listen to and seem to have fun making music. Also, frontman Tak is a ridiculously underrated guitarist.

Chris Impellitteri is the fastest guitarist on this list. He is also the most decorated axman here. In fact, he is regarded as the second quickest shredder in the world! The band has also had several different lead vocalists. Most notable among them are Rob Rock and Graham Bonnet. Impellitteri uses elements of rock, blues, classical and speed metal all in one power metal outing performance as their main style. While Impellitteri hasn’t broken out in their home country of the United States, they are huge outside of it, particularly in Japan. With over 2 million albums sold, mostly to people who don’t even speak English, they have to be considered.

Sadly the band would become little more than a one-hit-wonder. The self-titled debut album sold over one million united in the U.S. Their single “All Around Me” from that same disk went Platinum and was a top 40 hit. “I’m So Sick” and “Fully Alive” were viral on YouTube and were huge on rock radio, but that was it. It launched the career of Lacey Sturm who has worked with P.O.D., Breaking Benjamin, and Skillet. The amount of talent this group had overall was through the roof but after one incredible album, they faded from the spotlight.

They have the Gold and Platinum records to show it. The same goes for singles. Wildly successful online as well. Hayley Williams is one of the most recognizable women in rock/punk. They quickly became superstars and one of the biggest names in “emo metal”. Paramore has their work certified in three different continents, meaning they have a worldwide appeal. Many people would also declare their music the only good thing the Twilight movie franchise ever outed to the world.

Not long into their career, Red was nominated for 2 Grammy Awards in the Christian categories. They also started their career with 2 RIAA certified Gold singles off of their RIAA Gold debut “End of Silence.” They seemed to be one of the new big nu-metal bands emerging, however after their breakout start the band quickly faded out. They had 2 top 10 Billboard Hot 200 albums, but nothing that broke out after their original push. This band, like their vocalist, can be borderline operatic, soft and comforting, deep, or heavy. There is no denying their talent, but it didn’t stop their spotlight from fizzling out. In the end, they still have sold over 3 million albums.

The only Grammy-winning act here also sold over 25 million units. “My Immortal” and “Bring Me To Life” became classic staples of the 2000s. Their first major album release sold over 17 million copies and won 2 Grammys out of 7 nominations. Amy Lee became regarded as one of the best singers in the world almost overnight. After over a decade and a half, they are still relevant, even though they are nowhere near the selling force they once were. Still respected by just about everyone in the business, this group of Christians in a band is still amazing people. Whether in the studio or in concert, they are still worth hearing. Recognized, respected, and beloved around the world, Evanescence is still relevant to this day. They are also some of the top dogs in symphonic metal and nu-metal to this day.

Sonny Sandoval is criminally underrated as a vocalist. He can rap soft or hard, soothe audiences with his reggae, or use smooth singing to a beautiful effect. Oh yeah, he has some of the more emotionally brutal screams in my metal too. From “Beautiful” to “Alive” to “Southtown” he has a wild range that few rappers can match. Traa Daniels had some of the best bass riffs in nu-metal and Marcus Curiel could be heavy to artistic in his guitar playing. Sonny’s cousin Wuv Bernando also did a great job as their drummer. Vocals, guitar work, the basslines, and percussion all hit hard and beautifully. Together they became one of the biggest rap-metal groups and arguably the most respected. 3 Grammy nominations, 2 hit albums, and 12 million albums sold worldwide make for an amazing ride. “Youth of the Nation” became their biggest hit and a part of pop culture. Their music has also been in movies such as Here Comes The Boom and The Matrix trilogy. This band helped define a generation.

Few bands, in general, have been as big over the past three decades. “Monster” alone is Triple-Platinum in the U.S. and has over 3 billion (yes with a b) global audio plays. It’s one of the most well-known songs on the planet. They have sold over 10 million singles alone. Their albums have sold over 12 million units as well. “Collide” and “Comatose” both received Grammy nominations. Skillet became the “go-to” band for sports themes and anthems with their music being used by everyone from WWE, to the NFL, to the NBA, to NCAA sports, etc. Their tongue-in-cheek and sometimes outright bold Christian messages have spread to countless people and created one of the largest fanbases in rock, known lovingly as “Panheads”. John Cooper has some of the more well-known bass riffs of the 2010s and his rough, raw voice can soften for emotional parts, but still, showcase his power. When he sings from the point of view of God in “Whispers in the Dark” and “The Last Night” this makes perfect sense. Jen Ledger is one of the best drummers of the past decade, and her backing vocals add a whole new dimension. Lorry Cooper has great chemistry with John (could be because they are married??). On guitar, Seth Morrison is an underrated shredder with a wide variety, and before him was the underground guitarist Ben Kasica. Skillet can go from pop to metal in a heartbeat. Don’t underestimate them.

Imagine ruling a secular late-night program such as MTV despite being blatantly Christian. No need, as Stryper did just that in the ’80s. Four #1 MTV Music Videos, and the most requested band on Dial MTV in 1987, they brought Christian metal to the mainstream for the first time. They also played a huge role in spreading power metal to Asia, particularly Japan and South Korea. To Hell With The Devil and In God We Trust sold millions of albums worldwide. The band themselves sold 12 million copies and their success no doubt paved the way for the creation of a Grammy for Christian rock and rap bands. Ironically they were never nominated for that (nor was P.O.D.) but then did have a Grammy nomination. They also won multiple GMA Dove Awards (the Christian equivalent of a Grammy) and helps turn Christian music into a multi-billion dollar industry. Since their 2005 rebirth, particularly after 2009, they have been one of the most consistently great metal bands from the ’80s. Michael Sweet’s voice gets better with age and he is still one of the best screamers in music history. Michael and Oz Fox also had many great solos, whether solo or as a duo. Robert Sweet was one of the first drummers to spin his set and to face stage left or right, so the crowd sees him play. He would use chains and sometimes hang up 21 cymbals during live performances. Perry Richardson, Brad Cobb, Tracy Ferris, and of course Tim Gaines have always been great on bass. They changed the game for power ballads, hair metal, power metal, and Christian music.