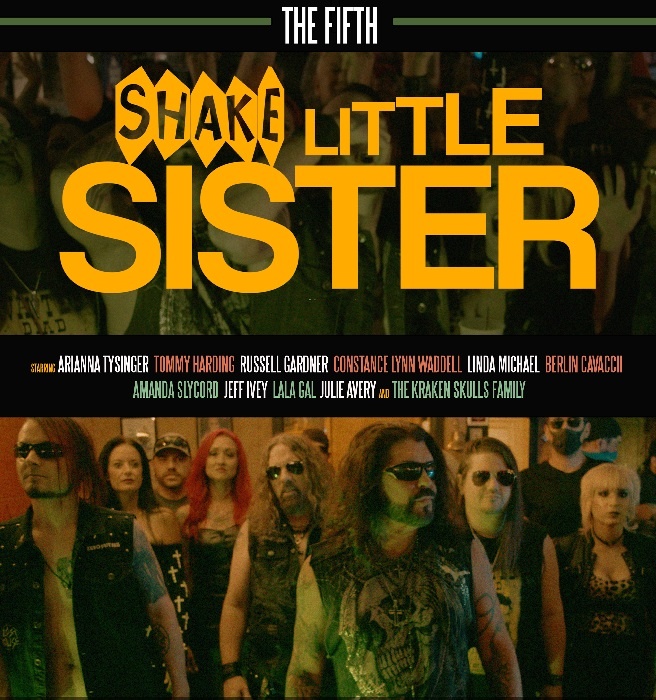 North Carolina hard rockers THE FIFTH, who have just released their new self-titled EP is releasing the first video from the record today.  If you’re an old-school rocker, you might recognize singer Roy Cathey who was the vocalist for the band “Cold Sweat” that featured Marc Ferrari of Keel as well.

Filmed at Pitcher’s Bar in Benson, NC, and directed by fast-rising new cinematographer Jaiden Frost, the clip was produced by Jonathon Hermosillo with Chad Soundart.

The video revolves around a typical East Coast hole-in-the-wall biker bar, complete with biker gang members, strippers, sideshow performers, a live band, and, umm, well, a dog and features the type of craziness the general public assumes goes on daily in a biker bar.  “Shooting this video was the most creatively fulfilling experience I’ve ever been involved in,” relates THE FIFTH singer, Roy Cathey. “Director Jaiden Frost made this song come to life and working with him fulfills a longtime wish of mine to work with this talented up & coming director. We brainstormed and we – creatively as a team – came up with some amazing shots and moments. Jaiden bringing in the freakshow/contortionist and dancer added the ‘icing on the cake’ to give the video the gritty, anything-goes attitude that is the running theme of the song and video.”

‘The Fifth’ was released last month via Weapon Records / Vanity Music Group and distributed to retail by AISA – The Orchard / Sony Music.  Produced by the band themselves and Andy Pow and engineered by Pow, the five-song EP has been well received across the board.  It can be purchased on iTunes or Amazon and streamed on Spotify.

THE FIFTH will take to the road in February with a quick swing through the Southeastern United States.