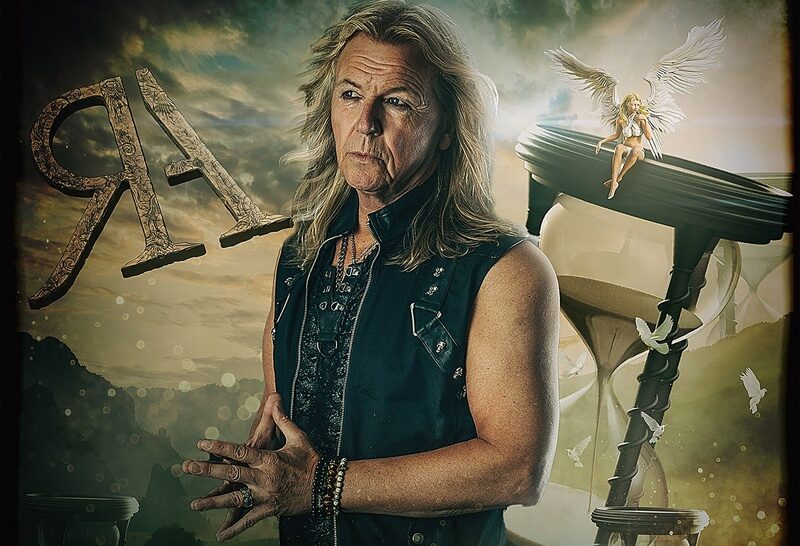 As I sat down to talk with Ronnie Atkins about his new solo album, his cancer diagnosis, and of course The Pretty Maids. The first thing that hit me was Ronnie’s big smile. For a person who’s been battling stage 4 lung cancer, he appeared as upbeat and positive as humanly possible. With a new solo album called “Make it Count” ready to release in March, Ronnie openly expressed his frustration with the fact that the specter of cancer is always there and that it will be with him until his death. Understandably, everyone wants to know how he’s doing health-wise, but it’s also a reminder of the cancer that he now shares his body and life with. He says he sees the world with more clarity now and that even ordinary everyday things have more meaning to him in life than before his diagnosis. Clearly, Ronnie is more reflective and appreciative of how much time he has to be alive. And the truth is, no one really knows how long any of us have.

Ronnie said, “I’ve been living my life in basically 3-month increments, due to ongoing medical treatments, which has limited my ability to travel too far from home”. “However, I am hopeful of the chance to do some live shows for my recent solo albums and test the waters with a live audience again”.

He explained how his doctors revealed a long history of smoking and drinking together combined for a deadly combination. Ronnie has since quit smoking but laments the fact that he still has the urge to light up a cigarette after each meal.

Ronnie spoke about his adoration of the singers and bands of the 60s and 70s and how he recently has learned to appreciate soul singers of the 60s like Sam Cooke and Ray Charles.

Interestingly enough, when I asked Ronnie about the bands or singers who influenced him when it came to being a singer himself, he explained “I had older siblings who had great rock records but I had no idea for years, who sang Led Zeppelin’s “Immigrant Song” or songs like “Paranoid” by Black Sabbath”. He says that he got into rock music later on, but enjoyed pop music and most other genres as well. “I’m a fan of good songs and good songwriting,” Ronnie said as went on to explain that most of his lyrical inspiration is driven by current events and the state of the world, including things we should be concerned about including global warming and of course war, which is a little to close for comfort in Europe at the moment with the Russian invasion of Ukraine.

When the subject changed to Pretty Maids, Ronnie was blunt with the fact that there has been no communication between himself and the band members since his illness started. He was forthcoming with the fact that there were issues between band members that would have to be worked out before they would be able to reunite. Ronnie stated, “At this point, there has been no band meeting of any kind since 2019”. Ronnie expressed his interest in doing live shows and possibly more with Pretty Maids if things could be sorted out, but for the present time, Pretty Maids appears to be in limbo. “There are some issues with the chemistry between band members that need to be resolved first,” said Ronnie. “I would love the chance to perform our many songs again with Pretty Maids at some point.”

When I asked Ronnie about how the lung cancer has affected his vocals, he was quick to point out that “it hasn’t affected my sound or vocal style at all, but I’ve noticed it more with not having the lung capacity that I once had which leaves him a bit winded at times” Ronnie stated that despite all of the treatments over the last few years, he never really got to the point where he felt terrible physically like many people do with chemotherapy.

The title of Ronnie Atkins’ new solo album is “Make It Count” and Ronnie explains: “The title of the album is how I’m living my life now, in whatever I do, and whatever time that I have, I want to make it count!”

Respected Danish hard rock singer/songwriter Ronnie Atkins has announced the upcoming release of his new studio album, “Make It Count” on March 18, 2022. The electrifying melodic hard rock masterpiece “Make It Count” will be released almost one year to the day after the release of Atkins’ last solo album, the critically acclaimed “One Shot”.

Rather than hyperbole from the record label, we’ll let Ronnie tell the story of “Make It Count” in his own words…

“Me and my great team of musicians followed exactly the same procedure as we did with “One Shot,” since I still feel a bit like I am racing against time because of my diagnosis. So, I basically sent my songs to Chris [Laney, producer], who would then work on a demo. When we were satisfied with the arrangements, I would then record the vocals and then the individual musicians laid down their tracks. I already had quite a few ideas from when “One Shot” was released back in March 2021 and continued writing on and off through the spring and summer of 2021. The album was then recorded between April and October 2021,” explains Atkins.

“Let me also state that I felt pretty good during the whole process, at least physically. 🙂 And this time, I had the chance to actually meet with some of the musicians in person because the Covid-19 restrictions were not as tough as they were back in 2020 when we recorded the last album,” adds Atkins.

As for the music, Ronnie says, “Once again it was quite an easy-going process!! Some of the songs were written on piano and some of them on guitar. I write the way I write, which means that the melodies and toplines are the first priority. If I feel I got a good song with the right chord structure and a strong melody that sticks in my head, then I know I’m on to something good and from there it can only get better. :-). And that’s when I send it on to Chris Laney, who then listens to it with a new set of ears and comes back with his input about the arrangement and additional little bits and pieces. As said, it is an easy-going process since we’re on the same page and that’s a great way of collaborating. Style-wise, it’s basically just melodic pop/rock songs, so to speak, that we turn into something suitable for those who followed me all those years. To me, a good song is a good song and then it’s a matter of how you wrap it up.”

He continues, “Finally, the great thing about doing this is that I don’t have to argue with anyone whether it’s too pop or too lightweight, etc. I do what I do, ’cause that’s what I like and I’m my own boss for these solo albums and therefore, also the only one to take responsibility if it doesn’t live up to people’s expectations. But, this is what I wanna do at this stage of my life and I think I’m convinced that “Make It Count“ is a great melodic rock album and I hope the fans won’t be disappointed.”

As to the lyrical themes on the album, Ronnie says, “The lyrics are always the hardest part of an album from my perspective!! It’s way easier for me to write a song than a lyric, to be honest. But of course, it varies. Sometimes you already have the title and the topic when you’re writing the song and at other times you’re just out of ideas. This time, it was tough at times since my health issues are somehow in my subconsciousness 24/7. No matter what I do, I’m being confronted with it every day one way or the other. So, some of the songs are touching on this issue, of course, can’t help it. That said, I’m also trying to give it a positive twist, meaning that we just have to get the best out of life and love the one we’re with while we’re here. It’s just impossible to write about sex, drugs, and rock’n’roll or whatever living with a life-threatening disease and a dagger hangin’ above your head!!! Or it is for me, at least! So, bottom line, I guess the lyrical content on this album is partly about the aforementioned topics, the climate, and in general, topics that make sense to everyone without being political.”

Since the start of his rock ‘n roll journey with Pretty Maids, Ronnie Atkins has consistently gifted fans with quality, melodic rock, and “Make It Count” delivers again in spades.

In this article:pretty maids, ronnie atkins