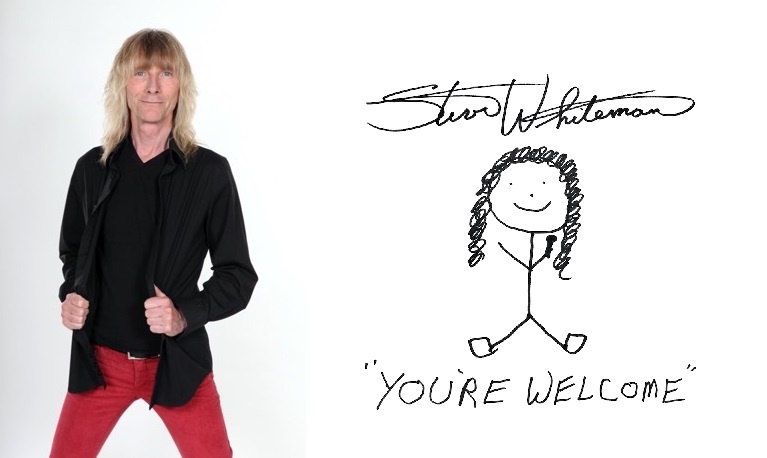 For the first time in his 35+ year history as the lead singer and frontman of KIX, Steve Whiteman has released his first-ever solo album, You’re Welcome.  The 12-song album was co-produced by Whiteman along with his trusted collaborators Brad Divens, Jimmy Chalfant, Dean Cramer, and Bob Paré; it was recorded and mixed by Divens at Fixintogetmixin Studio.

Though the recent pandemic essentially derailed the last year-plus of KIX’s touring plans, it gave Whiteman the chance to settle in at home for a critical period of time and vocal rest, the results of which he was able to channel directly into writing and recording You’re Welcome.  “Not being able to play for over a year gave me the opportunity to get together with some friends and make an album of these songs,” said Whiteman. “It was great having something to do during COVID. We all had a great time making this record and I’m very proud of it!”

I spoke with Steve about the new solo album, Kix touring during a pandemic, the status of guitarist Ronnie “10/10” Younkins, and a whole lot more. I apologize in advance for a few sections where the audio is a bit garbled for a moment, but sometimes modern technology still has its limitations and our connection was a bit spotty during a few parts of the interview. Kix is one of my all-time favorite bands and was a real honor to talk with Steve. Steve was a fun interview with his sense of humor coming through just like it does in Kix songs.

Listen to the interview below: