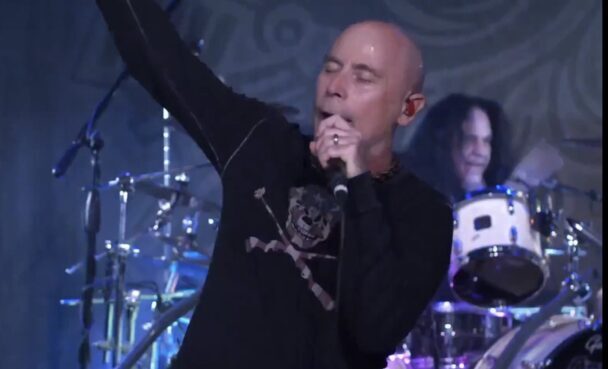 2020 has been one hell of a year so far.  But if you’re looking for something positive to help get through the madness, Armored Saint’s latest album “Punching The Sky” is exactly what the doctor ordered. We talk with Armored Saint’s lead vocalist, John Bush about their great new album, his time in Anthrax, and what he considers his greatest achievements so far.

You can listen to our interview with John below or wherever you listen to your favorite podcasts, Spotify, Apple, etc.

The band has unleashed some serious metal fury with this album. With the opening track “Standing On The Shoulders Of Giants”, John Bush and company are making sure that you know this is an “in your face” kind of album.  The album covers a lot of territories lyrically including the first single “End of the Attention Span”, which laments the fact that people are in such a hurry that they can’t enjoy things thoroughly.  The thrashy “Do Wrong To None” which explores mankind’s treatment of one another and “Unfair” which adequately describes the shortness of one’s life and the feeling of loss that comes with its end.

Armored Saint is on top of their game musically.  With crushing drums by Gonzo Sandoval and ultra-heavy bass by Joey Vera the rhythmic backbone is more solid than ever.  And the guitar duo of Jeff Duncan and Phil Sandoval is just spectacular on this album.  Punching The Sky is a riff-heavy monster that only lets up briefly during “Unfair”, only to return and pummel you senseless again.

With approximately only two more months of new albums releases left in 2020, it’s going to be hard for anyone to unseat Armored Saint’s “Punching The Sky” as The Best Metal Album of the year.

I recommend this album highly! This is my first recommendation of the year that I would classify as a must-buy album! This album is blazing from start to finish. I would give this album a full five out of five stars as it rates among the best you’re likely to hear.