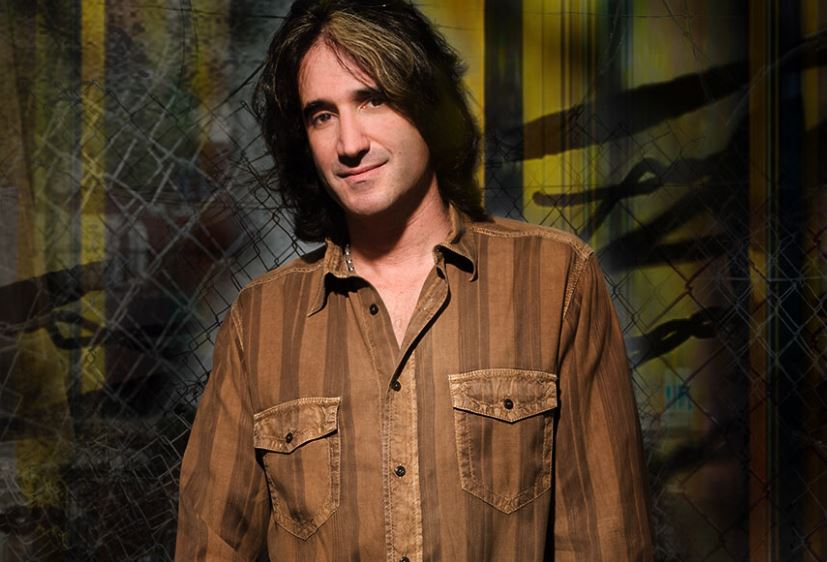 Marc Ferrari. You probably know him from his work in the band Keel as well as his own bands Cold Sweat and Medicine Wheel.  But, what you probably didn’t know, is you’ve most likely heard his work in numerous movie and TV soundtracks over the years.  I had the chance to set down and talk with Marc about the upcoming Frontiers Music Festival which Keel will perform at, as well as the 2019 KeelFest event that’s happening on May 10, 2019. Keel has also just been announced as one of the bands performing at The Monsters Of Rock Cruise 2020.

The first thing I noticed was Marc’s trademark white streak in his hair is still there, and frankly, he doesn’t look like he’s aged much at all since 1985’s “Right To Rock”.  Marc was more than happy to share what he’s been up to since Keel’s last album and different business ventures along with some great memories from the wild 80’s metal scene.

XS ROCK: Hey Marc! It’s great to get a chance to talk to you. Thanks for taking time out of your busy schedule to talk to us.

Marc: Thanks! Happy to do it.

XS ROCK: So it seems you’ve been quite busy over the years.  And quite eclectic.  Both in music and other ventures. So, tell me about the latest news.

Marc: Yeah. I’ve stayed busy with various things.  Right now, Keel is gearing up to do the Frontiers Music Festival in Milan and then back in the states we’re doing KeelFest which will feature Keel, the return of Steeler and The Ron Keel band all on one stage.

XS ROCK: Wow! That’s cool. Glad to see you guys reunite and perform together again. Any chance you’ll record either performance for a live album release?

Marc: I don’t really think so.  We’re located in various places now, so we’re traveling to the shows without a lot of rehearsal time.  I mean, of course, we’ve played these songs like a million times before, but I don’t think it’s enough time to sound as tight as we’d want it to be for a live album. 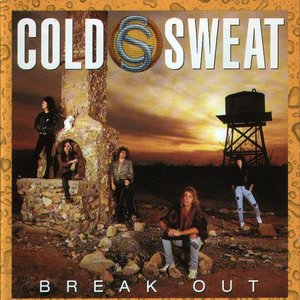 XS ROCK: So you recently had the debut album “Break Out” by Cold Sweat re-released right?

Marc: Yeah. We did. It’s been remastered as well for better sound.

XS ROCK: I’ve always loved that album! The sound of that album reminded me a lot of Dokken, which hopefully you’ll take as a compliment because that’s how I mean it.  Roy Cathey’s vocals remind me a lot of Don Dokken and your guitar solos on there are amazing.  How did you find Roy?

Marc: Well, we must have auditioned 30 or 40 different singers before he auditioned.  But we were really lucky to have him as our singer.  The album was unfortunately released right at the time that the grunge movement was taking over.  It was disappointing because I thought that album was really good but it got overlooked because of the changes happening in rock music at the time.

XS ROCK: After that, you started the band Medicine Wheel. Any plans to re-release those albums as well?

Marc: No. I don’t think so.  Honestly, Medicine Wheel wasn’t that popular and don’t think it would sell a lot of copies if I re-released them.

XS ROCK: So tell me a little bit about the company that you started called “MasterSource”.

Marc: Well, after Cold Sweat, I realized that I was probably not going to get another record deal making the kind of music that I had been doing.  I had gotten some of my demos and other material used in several movies and they were happy to get music that sounded like high quality, hit music for a good price and I thought, What if I could create music on a large scale that would sound generically similar to the big artists of the day, and make it easier and less expensive for production companies to license it?

So out of that initial idea, I started MasterSource Music Catalog; the production music industry’s first song-based music library. My background as a professional musician was perfect for getting into music production.  So I’ve had tracks in thousands of TV shows and movies.  I eventually sold the company to Universal Music.  I was going to be semi-retired at that point, but I got bored. 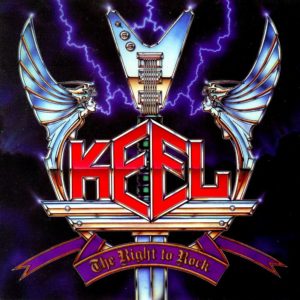 XS ROCK: Over the years, you played with a lot of great bands in Keel.  Who was the biggest band that you toured with?

Marc: Oh, Bon Jovi, by far.  They were great guys and we had a blast on that tour. Oddly enough we were voted “Best New Band” in Circus Magazine in 1985 beating out Bon Jovi.

XS ROCK: Did Jon and the Bon Jovi boys give you guys a hard time for beating them out as best new band?

Marc: Haha.  No, Bon Jovi was riding high at that point and they were so huge that I don’t anything bothered them like that.  They’re all down to earth guys without huge egos.

XS ROCK: You guys also have some connections to KISS as well right?

Marc: Yeah. Gene (Simmons) produced both “The Right To Rock” and “The Final Frontier” albums.  I was also roommates with Tommy Thayer, who was in Black N’ Blue at that time, but later went on to play with KISS and is with them currently. Also, Tommy co-wrote the song “Four On The Floor” from the Cold Sweat album.

XS ROCK: And you also have a good Pantera story as well, right?

Marc: Yeah. That story has probably been told a million times, but I’ll tell it again.  We were on tour with Keel in ’85 and our bus was outside the venue in Dallas, Texas.  These two scraggly teenage-looking guys asked if they come on the bus and play me a little of one of their songs.  It was Vinnie Paul and Dimebag.  They had a completely different sound at that time.  More glam sounding rock, like Poison or something.  Anyway, they played me part of a song from “Projects In The Jungle” and I knew they were going to be great.

Then in ’87, I played the guys a song which I had initially recorded for Keel called “Proud to be Loud,” but never got used for some reason or another.  Pantera decided to re-record it for their next album which would be called Power Metal, which was their first full-length album with Phil Anselmo. In fact, a little known fact is I played rhythm guitar on that track and I played a solo  on another song called “We’ll Meet Again.”

XS ROCK: So if all of the above wasn’t enough, you’ve also authored a children’s book too, right?

Marc: Yeah. That started when I like most parents were trying to get my daughter to move a little faster to get ready to leave for school.  I don’t even know why I came up with the phrase, but I said ‘Don’t Dilly-Dally Silly Sally” and that became the basis for the book.  I had never written a children’s book before, but as a parent, I had read many and thought it was something that I could do too.

XS ROCK: Thanks for a great interview Marc. I appreciate the fact that you took the time out of your busy schedule to talk with us today.

Marc: Thank you! It was nice to meet you and do this interview.