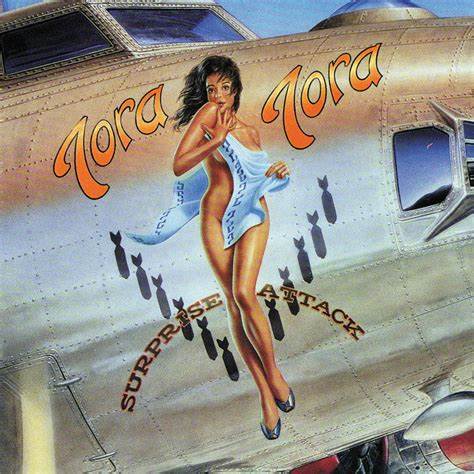 Today, we’ve got a great interview with Tora Tora‘s guitarist, Keith Douglas. After signing with A&M Records, Tora Tora recorded their debut album Surprise Attack in 1989. Surprise Attack hit Billboard’s Top 200 at No. 47 and featured the great singles “Walkin’ Shoes” and “Guilty.” The band released “Wild America” in 1992 and in recent years have released several great albums with FNA Records. Tora Tora is now playing select festivals and concerts. Keith is an incredible bluesy, guitar player and had a lot to say about the band, MTV, bands they’ve toured with and more.

XSROCK: Tell me about the latest Tora Tora news? Any new projects coming out, live shows or announcements?

Keith: There’s really no big news. We are currently working with a couple of promoters and booking agencies to schedule a few more shows than we have been doing lately. We are really all pretty busy doing our own things but we’ve decided to take advantage of more opportunities that can take us to some markets we haven’t played in quite a while. None of us are really interested in lengthy touring by any means, but the occasional special event or festival is more our speed. It’s really cool to run into other bands from our era and catch up. Fans of the genre are pretty hardcore so it’s always a blast to get out there and be a part of the celebration.

XSROCK: What was it like for you, seeing Tora Tora getting major airplay on MTV in the late 80’s and early 90’s?

Keith: Seeing Tora get major MTV airplay was pretty incredible. We had just wrapped up our first real recording experience with Surprise Attack and kind of thrust into the major label promo machine. It all happened so fast that before we knew it our video popped up on Headbangers Ball and it wasn’t long before it was in the top 5. We hit the road doing clubs right away and we were just blown away by how many people knew of our music. MTV was a very important and very powerful thing in those days for sure. You almost had to have success on MTV to have success at anything.

XSROCK: After signing with FNA Records, you guys released several albums of unreleased material, which is fantastic by the way. Are there any plans for Tora Tora to record a new record anytime soon?

Keith: With FNA we literally dug up everything we could find that we’d ever recorded. We had a production deal with Ardent Studio in Memphis so we could basically use a studio there whenever we wanted to so we recorded a LOT of songs. The quality ranges from really great studio to really horrible cassette recorder but we just thought why not you know? FNA offers up some pretty unique stuff for the die hard fans. We have kicked around a few new ideas from time to time and even discussed working on a new record but nothing has really come of it yet. If and when we do, it would be 100% for the fun and enjoyment of it rather than worrying about any commercial success.

XSROCK: Tora Tora will hit it’s 30th Anniversary in 2017. Are there any plans for a big celebration or special events surrounding the occasion?

Keith: Tora first got together in 1987 which technically makes 2017 our 30th anniversary (pretty crazy right?). The first big event of that year will be playing the Monsters of Rock Cruise 2017 which we are all really looking forward to.

XSROCK: What was your main motivation for starting or being in a band?

Keith: I just grew up on 70’s rock. It was a lot different back then. You bought a record, looked at the artwork and read over the album sleeve while you listened to it, and waited for the band to come to your town. Kiss, Van Halen, Journey, ZZ Top, AC/DC, etc. Those guys were like superheroes to me. I just wanted to be a part of that.

XSROCK: Which do you prefer? Writing new songs and recording or playing for a live audience?

Keith: Right now playing live is a pretty big rush just because we don’t do it all the time. Besides that, honestly, to me I enjoy rehearsal time. Just cranking up and making noise in a room with a couple of guys on the same wavelength as you, there is something really magical about that.

XSROCK: Tell me about some of the bands that Tora Tora have toured with? Which bands treated you great and which

bands, if any were jerks?

Keith: Everyone we ever toured with were pretty great to us. Bands who used to travel with us as openers for us on club tours were always the most interesting. A couple of our club openers you may heard of were Alice In Chains and The Black Crowes, wonder what ever happened to those guys? Lol. Probably our favorite as an opener on bigger tours was with LA Guns and Dangerous Toys. We crossed the country a couple of times with those guys and had a ball. Also, doing arenas as an opener for The Cult on their Sonic Temple tour was a big highlight for us. As far as any other bands being jerks, we are pretty easy going guys so if a band or two took themselves a little too seriously along the way, we probably didn’t notice.

XSROCK: Do you have any outrageous tour stories from the road?

Keith: Everybody has outrageous tour stories from the road, right? Next question.

XSROCK: What are your favorite tracks to play live?

Keith: I like just about everything we play live. Some have more favorable solos for me mostly because on our earliest stuff I was a little too ambitious for my own good I’m afraid. I’m into the more melodic/bluesy style rather than fast and flashy these days. I have a really hard time playing a couple of my own solos from the Surprise Attack record.

XSROCK: What do you consider your greatest accomplishment so far?

Keith: My greatest accomplishment so far is having about 10 lifetimes worth of great experiences and adding to them every chance I get.

XSROCK: If you weren’t performing in a band what kind of career do you think you would have?

Keith: We all have careers outside of music so we really appreciate the time we get to play together these days.

XSROCK: What type of equipment do you use for live shows? amps. guitars, strings, etc.

Keith: I mainly play my own Strat type guitars. Years ago I had broke the neck on my original Strat and replaced it. Then I chiseled out the pickup holes with a screwdriver to fit humbuckers. On one of our first trips to New York, Vito Bratta‘s guitar tech Jimmy took one look at my guitar, shook his head, and took it home with him to fix all my “repairs”. The result is still my main guitar today. It’s referred to as “the bastard”. I actually put together a handful of replicas and sold them under the brand name Bastard for a short time a few years ago. Besides that I play through a Marshall 410H head and use Dean Markley strings.

XSROCK: What do you think of the current music scene?

Keith: I think currently it seems like more real rock bands are coming back around which is nice to hear. There was a time in the late 90’s early 2000’s that I just kind of had to check out of popular music. So many bands sounded exactly the same and the songwriting got really weird to me. It just didn’t seem fun which is what rock music seems like it should be to me.
XSROCK: Is there anything that you’d like to promote or say to your fans out there?

Keith: Keep your eye out for us to show up in a town near you in the not too distant future. Like us on Facebook (Tora Tora Band) and follow us on Twitter @ToraToraRocks. We would like to say thanks to fans of our band and fans of rock all-together. We’re really honored to be a part of a great music generation. Thank you to XSRock for having me, I really appreciate it. Keep up the good work and Rock On!

XSROCK: Thanks Keith, for taking the time to talk with XSRock!

You can buy Tora Tora’s recent albums at the FNA Records Store!