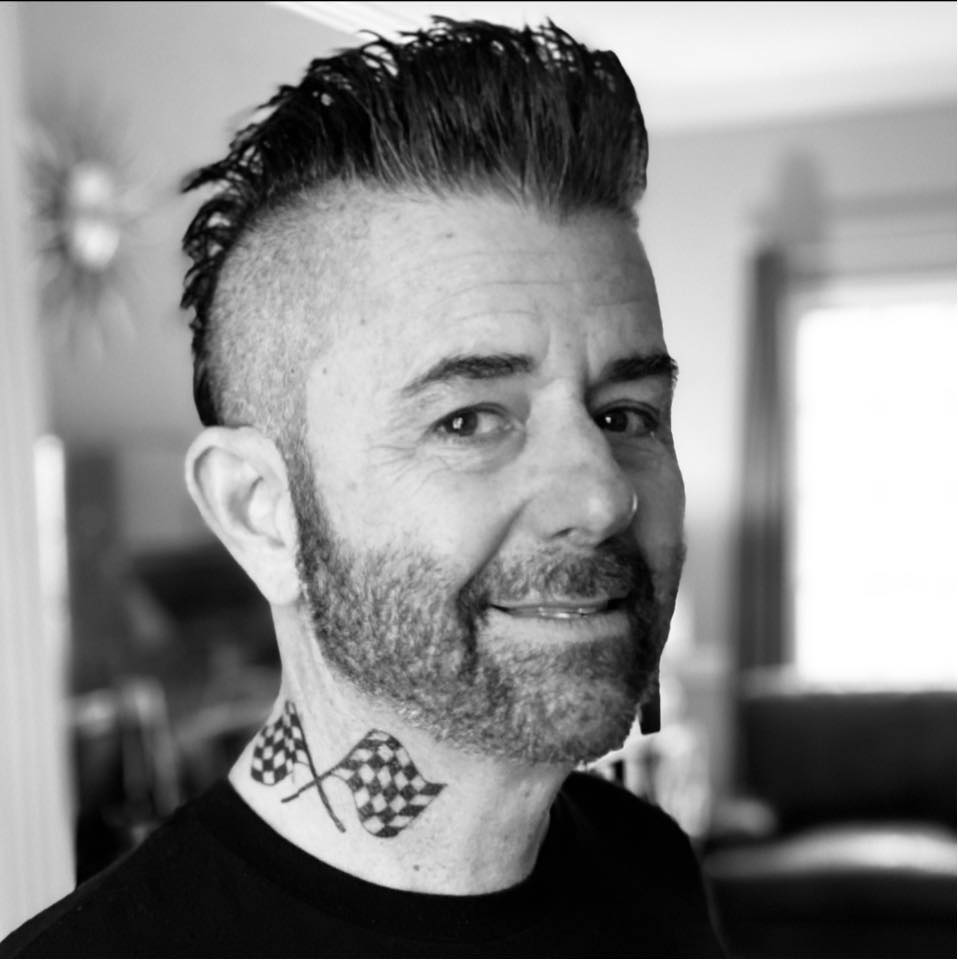 Former MTV Headbanger’s Ball host Riki Rachtman has provided and update on what’s happening with him these days:

I always preach NEVER GIVE UP. I believe I have had many ups and downs in my career. I feel that I have reached a turning point and it was very tough to swallow. I’m going to be very honest with you all and please when you read this know. I am not fishing for compliments. I am also not whining. I am just telling you where I am at today. I am very proud of the accomplishments I have made in rock n roll. To know that over 35 years ago I opened a club called Cathouse Hollywood and today we sell more apparel than we ever did is flattering, to say the least. I know that I hosted several very successful rock shows in the past and even though I have not been on MTV for decades I will always be that HEADBANGERS BALL guy and I am more than proud of it.

I think the conversations I have had with bands on camera or on the microphone are different and unique. I am proud that even though I can not get a band airplay or help boost sales that many top-selling metal acts call me simply as a friend.
I’m older and getting older. I do not get recognized nearly as much when I go to a show. It’s ok I never asked for that. My ego sometimes tells me I’m still a big deal even though I need to come to terms that times have changed.

For several years I have tried to Bring Back the Ball.
I wrote filmed and hosted a metal video show with great guests like Dave Mustaine, Lamb of God, Code Orange, Exodus, and more. I was very proud of the show that aired on an app.

I did 5 episodes and that’s it. Not very many people saw the show because it was like I said on an app. They never called me back
I would hit up some of metal festivals just seeing if they had any interest in having me, host…….Nothing
I think the really embarassing thing was checking if 2 shows that had Tom Kiefer LA Guns and Faster Pussycat wanted me to show up and MC…………..Nothing

I think Eddie Trunk and Jose Magnin are great at what they do. I like them both and I also think they are very different from me. I am not and never have been a journalist. I’m just a fan I can not tell you how many times I reached out to SiriusXM SiriusXM Ozzy’s Boneyard or Liquid Metal. I never even got an email back NOTHING

I kept tryng and nobody was interested. I took it personally I have always said never give up never give up. I kept trying and everytime I reached out to a perfect gig. I was shut down.

There is nobody in rock n roll that comes close to riding a motorcycle as far as me. I have worked with Dio so many times. Yet when a Ronnie James Dio ride was planned Eddie Trunk hosted. PLEASE KNOW I LIKE EDDIE……. I just thought Dio, biker cmon who better than me.. Why was I not the one hosting a rock motorcycle event…..It’s simple…….nobody was interested
I kept beating myself up questioning why I couldnt even get a call back. Why when there was a heavy metal tv show nobody tried to see if I was available.

I HAVE COME TO TERMS WITH ALL OF THIS
It ain’t going to happen. I’m not going to do a metal tv show or a metal radio show. My day is done. Why would I keep on submitting while I am gettimg ignored. I am not mad at anyone I am not going to sit here cursing all those that are not interested. They have reasons that my ego won’t let me see….until now

So I am giving up…… It has gotten to the point of being pathetic. We all know that 80-90’s rock star that keeps on rehashing the same old stuff that nobody really wants too hear anymore. I don’t want to be that guy. Ya know the “what ever happened to” that keeps reminding everyone HEY LOOK AT ME I USED TO BE !!!!!!!

Here is the worst part about it. I have been getting really down that nobody is interested at SiriusXM or MTV VH1 AXS TV I kept on submitting myself to see if a huge festival was interested in having me, they don’t even call back. I have been letting this get me down and the stupid thing is I don’t even realize how great my life is right now. I am trying to rehash the past trying to get these jobs instead of focusing on how rad everything currently is….

THIS IS WHAT MY JOBS ARE TODAY-
For 19 years I have hosted a Nationally syndicated radio show called Racing Rocks. 2 hours every weekend for 19 years
I am currently on FOX SPORTS as a pit reporter for American Flat TRack
I own an apparel company that has 2 offices and a small warehouse that does very well and continues to grow
I married a gorgeous woman that is talented succesful and fully digs me even when I get in these funks like I have been in as of late…Thanks Lea Vendetta

I get to ride a motorcycle all over America. I have raised almost $200,000 for charities not keeping a dime. Hell currently on TheRide22 I have already raised $18,000

So why the hell am I focusing on all those jobs I’m not getting,

SO NOW WHAT
I’m going to do what I know how to do. I’m bringing back the #CathouseHollywoodPodcast because I know those shows were awesome and people really enjoyed them. I’m going to write. Perhaps create a spoken word that I could do in front of a dozen or so people in a tiny club.

I’m going to work on my apparel company, maybe roast some of my own coffee. I’m going to improve what I do and STOP COMPARING MYSELF TO OTHERS

Time to write some more chapters

Info about the Cathouse Podcast:

Back in 1986, years before he was the infamous host of MTV’s Headbanger’s Ball, Riki Rachtman transformed a rundown Los Angeles disco into a one night-a-week rock club that would become, not only a part of rock history but a music and fashion culture that defined The Los Angeles rock scene. With assistance from his roommate Taime Downe of Faster Pussycat, they created CATHOUSE The most NOTORIOUS ROCK CLUB EVER . Riki had a strict policy of NO CAMERAS so anything could and did usually happen at the Cathouse. These stories have never been told

Each episode Riki Rachtman travels back to Cathouse with a witness that experienced the events of that particular evening. It may be a musician that sold 5 million records or the girl that worked the coat check. It didn’t matter at the Cathouse we were all rock stars