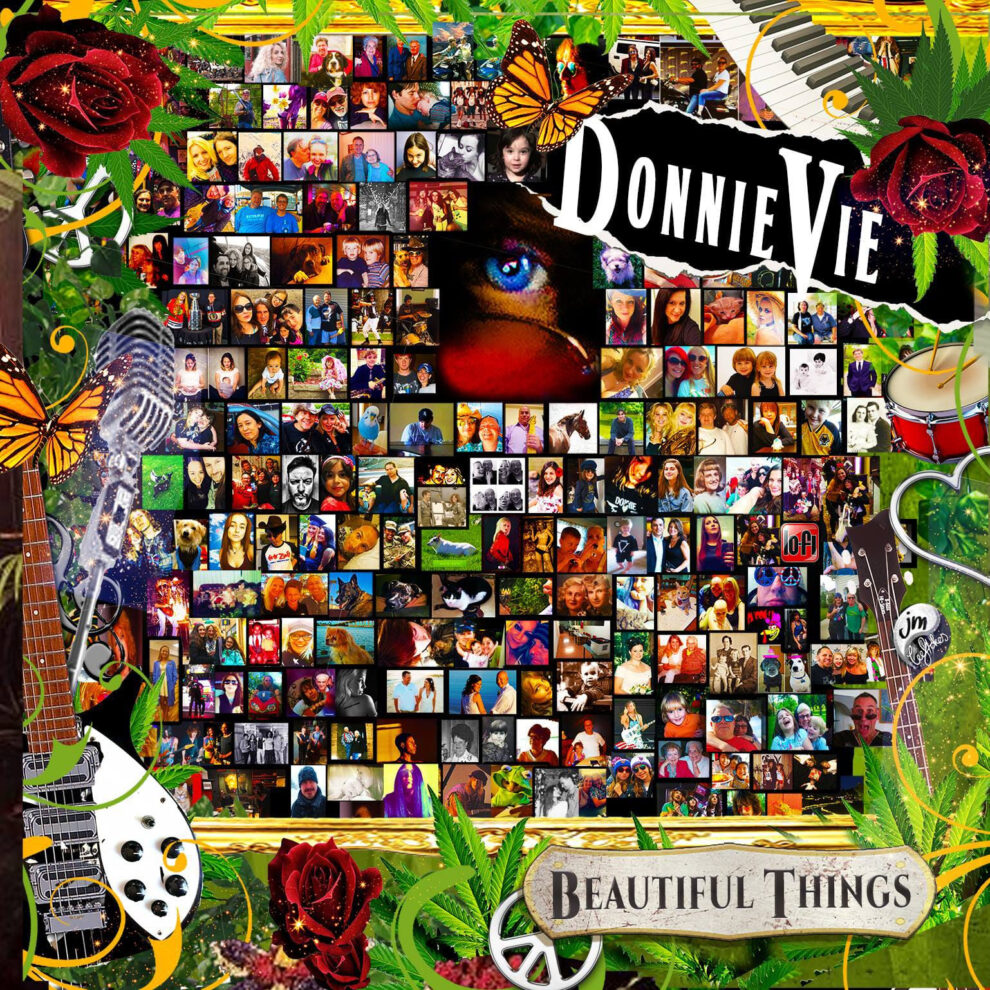 Donnie Vie discussing acquiring his catalog and re-releasing the catalog, beginning with Beautiful Things, “After seeing that the only way to obtain my out of print releases was buying them on eBay for outrageous money, or the mercy of the bootleggers, I decided it was time to buy all my releases back to not only own and have the rights to do what I like with them, plus to know who to yell at when I don’t get paid (me), but now I can rerelease them so my fans can hear and have this stuff that I put a lot of blood, sweat and mostly tears into creating. The first title I am rereleasing is Beautiful Things, which is now available once again worldwide.”

After five years, DONNIE is back with a fresh and enjoyable album, made of great melodies and a lot of class. Worth the wait! – Metal Temple

Beautiful Things is a triumph for Donnie Vie – Pencil Storm

The album presents 10 songs of utmost beauty, songs that get under your skin and stay there while tingling and sparkling with each listen, as they grow into something special. -Revelationz

Donnie Vie talking about his recently released new box set “The Donnie Vie Collection”, “This is a collection of the 5 studio records I’ve released as a solo artist. And a 6th record worth of new, unreleased songs that are snatched right out of my home studio demo collection. You’ll also really love these new songs that you’ve never heard.” The box set can be ordered directly from Donnie on his website DonnieVie.com.

About Donnie Vie
Donnie Vie is one of rock’s biggest secrets who has been crafting melodic power pop and rock songs for over 30 years. He and his band were instant critics’ darlings with a debut record that soared up the charts generating two long-playing MTV hits, a “Top Pick” from Rolling Stone Magazine, and inciting numerous TV and radio performances with repeat invitations from David Letterman and Howard Stern. That band was Enuff Z’Nuff, led by Grammy-nominated Donnie Vie’s songwriting sensibilities and distinctive melodic vocals, they continued on to make some truly great records. Over those years, Donnie has amassed over 25 albums’ worth of songs and decades of live shows to his name, both with and without his former band. Now a solo act, Vie continues his songwriting and performing under his own name.

Rolling Stone Magazine described Donnie’s writing skills as “Beatle-Esque pop songcraft and ripping hard rock”, whereas Billboard Magazine says, “If there is such a thing as false advertising in rock & roll, then Enuff Z’nuff is one of its textbook examples. Packaged in garish peace-glam attire by their record company, the group was wrongly lumped in with the disposable pop-metal bands of the late ’80s rather than appreciated for the truly gifted power pop act that they were.”