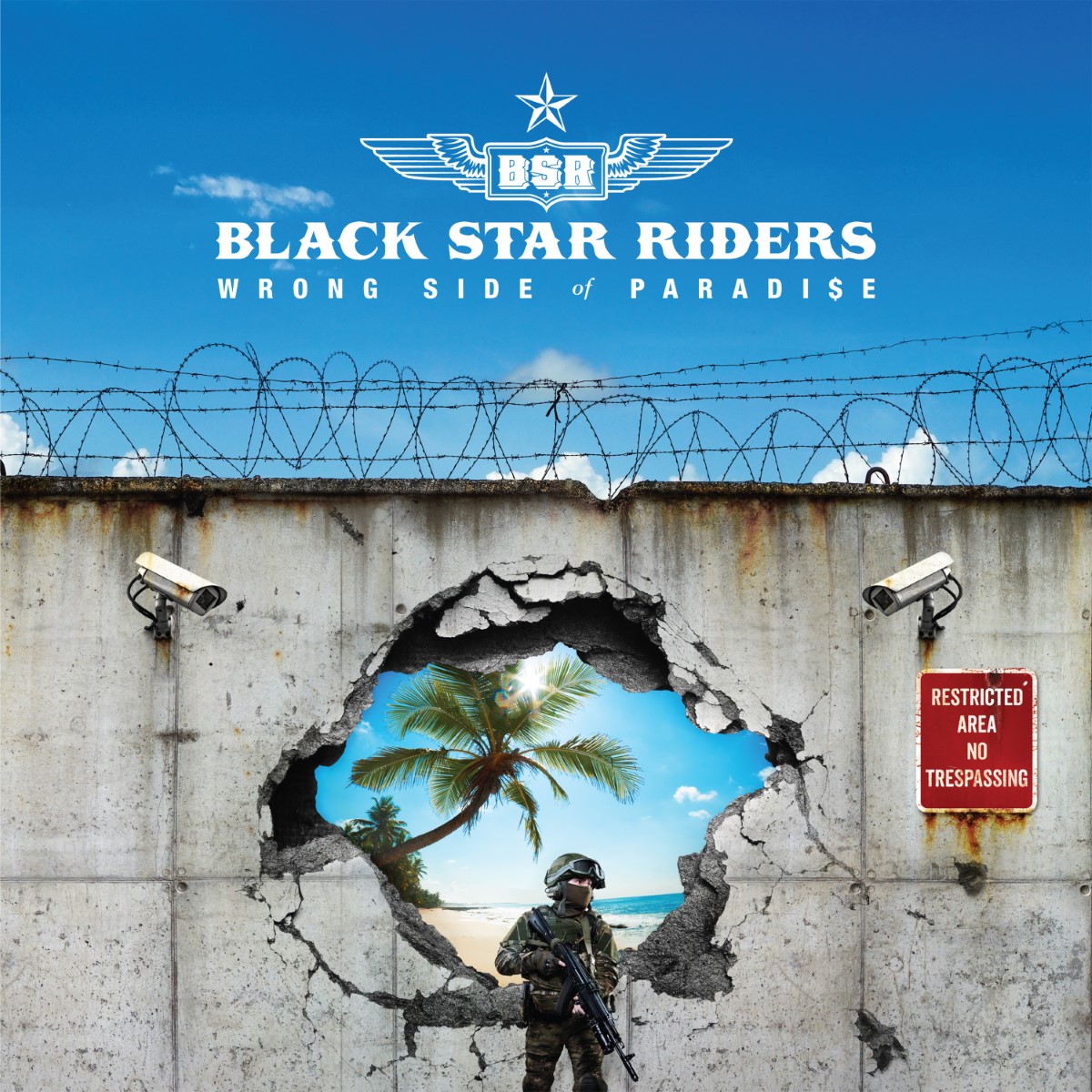 
Ricky Warwick comments: “As we get older, sadly we start to lose the ones around us who we love, having lost both my parents and some dear friends in the last few years I’ve started to question and look at my feelings on my own mortality and morality. I’ve come to realise that death is a part of life and even in the darkest days (that we all get sometimes), I’ve come to understand that every aspect of life should be an intensified experience and never taken for granted.”

He continues: “The video was shot in downtown Los Angeles and directed by Tony Aguilera. I love the cinematography and different camera filters that Tony used during the shoot. I think it complements the essence of the song, which conveys reflections of mortality and consequences of choice. Life must end eventually, but love doesn’t.”

Riding Out The Storm is taken from the band’s forthcoming album Wrong Side Of Paradise, which features 11 tracks, and was recorded in the Autumn of 2021 at Studio 606 in Northridge California and Toochtoon Sound in Redmond Oregon with producer and longtime BSR associate, Jay Ruston.

Wrong Side Of Paradise is available for pre-order worldwide here: https://webstore.earache.com/black-star-riders. Formats include: limited coloured vinyl (including green, blue, red and black/white split), black vinyl, signed CD, cassette and digital download. A special edition of the album containing two bonus tracks can be found on CD (which comes with a 24-page song booklet) and USB stick formats. Various collector bundles are also available, including one with an exclusive 12”.

Wrong Side Of Paradise Track-list

The band’s UK tour in February 2023, a special 10th anniversary run of dates, as well as their headline sets at Planet Rockstock and Earache Records’ 35 Years Of Noise party, see the band welcome back guitarist Scott Gorham and original drummer Jimmy DeGrasso for the celebrations.

Tickets are on sale now from http://www.mytickets.co.uk/#_blank

Special Guests Michael Monroe and Phil Campbell and the Bastard Sons on all shows except Belfast where Trucker Diablo open.

In this article:black star riders