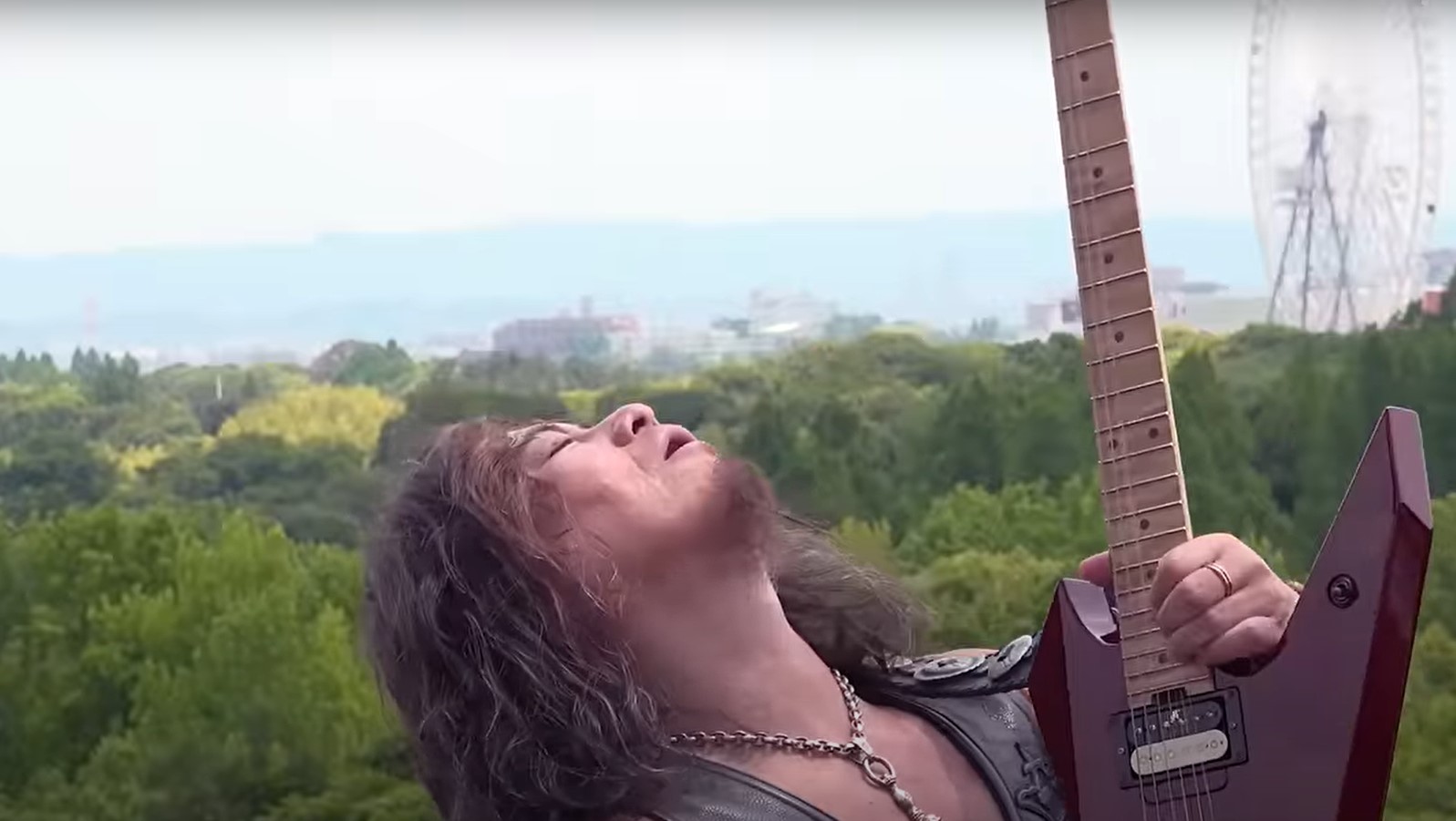 Back in 1981 rose the star of the Japanese hard ’n heavy scene, when Munetaka Higuchi (drums), Akira Takasaki (guitar), Minoru Niihara (vocals) and Masayoshi Yamashita (bass) were set to found a legend to this day, who is still second to none from their native Japan: LOUDNESS was born

! Since then, they have been pioneers of the Japanese heavy metal scene and embarked on global domination with ‘THUNDER IN THE EAST’ (1985 / #74 US national chart) and ‘LIGHTNING STRIKES’ (1986 / #64 US national chart). July 29th, 2022, sees the worldwide release of their new studio album ‘SUNBURST’ outside Japan by earMUSIC, who successfully worked with the band on their previous albums ‘RISE TO GLORY’ (2018) and ‘LIVE IN TOKYO’ (2019). During a career spanning over 40-years, LOUDNESS built a rich musical foundation with many studio albums, EPs and Live Albums. With ‘SUNBURST’ they’ve added another milestone to the great catalogue, their 29th studio album to be precise. ‘SUNBURST’ is the band’s first official double studio album in their impressive career, making it particularly special as it can be considered a celebration of their rich musical history. The 16 songs represent the classic LOUDNESS sound and style, highly acclaimed by fans and critics alike. Written mostly by original member and guitarist Akira Takasaki, the majority of songs are sung in Japanese, representing their appreciation of their origin and roots. The album will be released as a Digital Album as well as a 2CD Digipak Edition with an extensive booklet that includes the English translation of all lyrics. Order here: https://loudness.lnk.to/Sunburst

In this article:akira takasaki, loudness