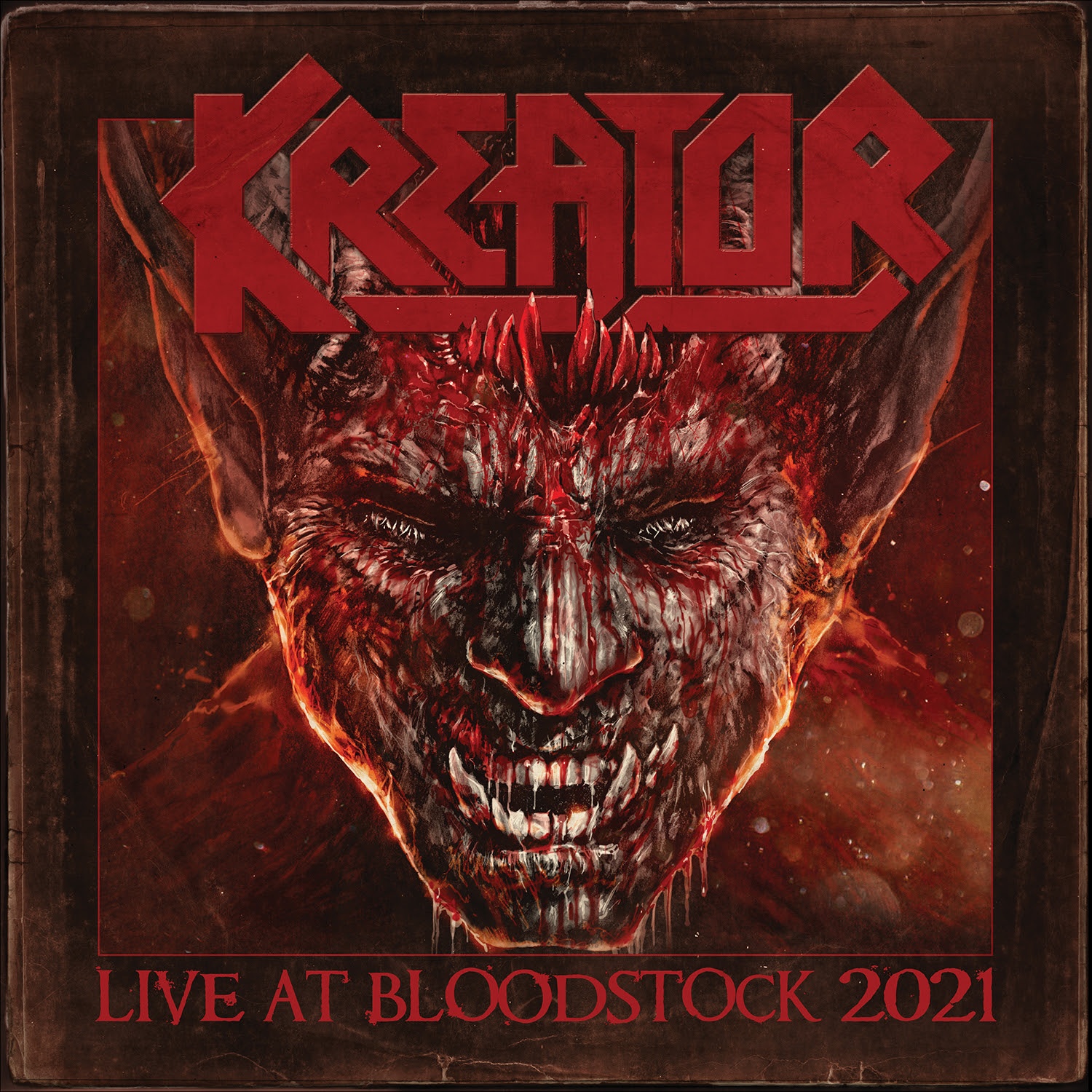 Following the release of their highly successful and critically acclaimed album Hate Über Alles, metal titans KREATOR are proud to share a new live video of their 1989 classic “Betrayer”, which was recorded at Bloodstock Festival 2021 and features none other than Dani Filth (CRADLE OF FILTH) on guest vocals. The song is featured on the limited 2LP Live At Bloodstock 2021, a monumental live recording of KREATOR‘s breathtaking headline performance at one of the UK’s most renowned metal festivals, which is being released today! The vinyl run is limited to 2.000 units worldwide, split into 4 colors. Be quick and grab one of the last few remaining copies before they’re gone for good!

WATCH THE LIVE VIDEO FOR ‘BETRAYER‘:

ABOUT KREATOR
Decades into their game-changing career, German metal legends KREATOR find themselves more successful and influential than ever. They’ve stuck to their guns, weathered the trends, and outlasted their peers – never once wavering from the ferocious noise that excited them as teens. If anything, that thirst for sonic warfare is just as strong, if not stronger, today. Where others have suffered from creative malnourishment and artistic uncertainty, something which even metal’s biggest and best are prone to, Kreator has always charged full steam ahead – thanks to the red-eyed conviction and fearless determination of founding singer and guitarist Miland ‘Mille’ Petrozza. On 1985 debut Endless Pain, the Essen innovators created the template for extreme noise to come, fusing elements of thrash and black metal in ways that had never been heard before. Their sophomore album of the following year, Pleasure To Kill, became one of the landmark albums of 1986 – making metal history alongside key releases from METALLICA, SLAYER, and MEGADETH. And onwards they marched, bringing hellish anthems to the masses in every album that followed, with a track record few could ever rival.

The last decade has been a particularly exciting time for the group, with 2012’s Phantom Antichrist proving how they could embrace modern production techniques and move with the times without forsaking the underground spirit and defiance which made them a household name in the first place. Its successor, 2017’s Gods Of Violence, saw them topping the German charts for the very first time in their career, a feat virtually unheard of for a band of such thunderous intensity.