TONY HARNELL & THE MERCURY TRAIN will release their album ‘Round Trip‘ on a limited edition on white vinyl and limited to 500 copies worldwide on November 29th, 2019 via Livewire / Cargo Records UK. The album will also be available on all digital platforms. It’s the first time on LP, it was originally released on CD in 2010. 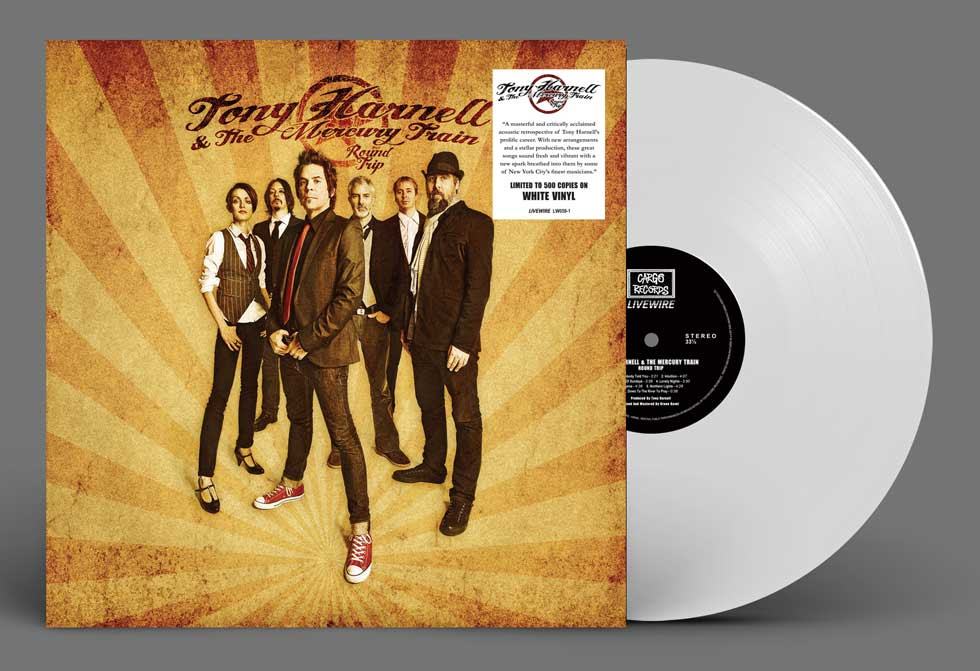 This is a masterful and critically acclaimed acoustic retrospective of Tony Harnell’s prolific career. With new arrangements and stellar production, these great songs sound fresh and vibrant with a new spark breathed into them by some of New York City’s finest musicians. This is a very special record: a stripped-down, reinvented retrospective of Tony Harnell’s past classics originally recorded with his previous bands TNT, Westworld and Starbreaker, with one brand new song “Anywhere But Here” recorded especially for this release. The idea of re-recording some repertoire classics came about after Tony performed some low key shows in New York in late 2008, with some talented and accomplished musicians that were not part of the Metal/Hard Rock scene. The desire was to breathe new life into the songs with new arrangements, key changes and added parts, it’s like listening to songs you know in a whole new way.

The limited vinyl can be pre-ordered here: https://cargorecordsdirect.co.uk/products/tony-harnell-the-mercury-train-round-trip