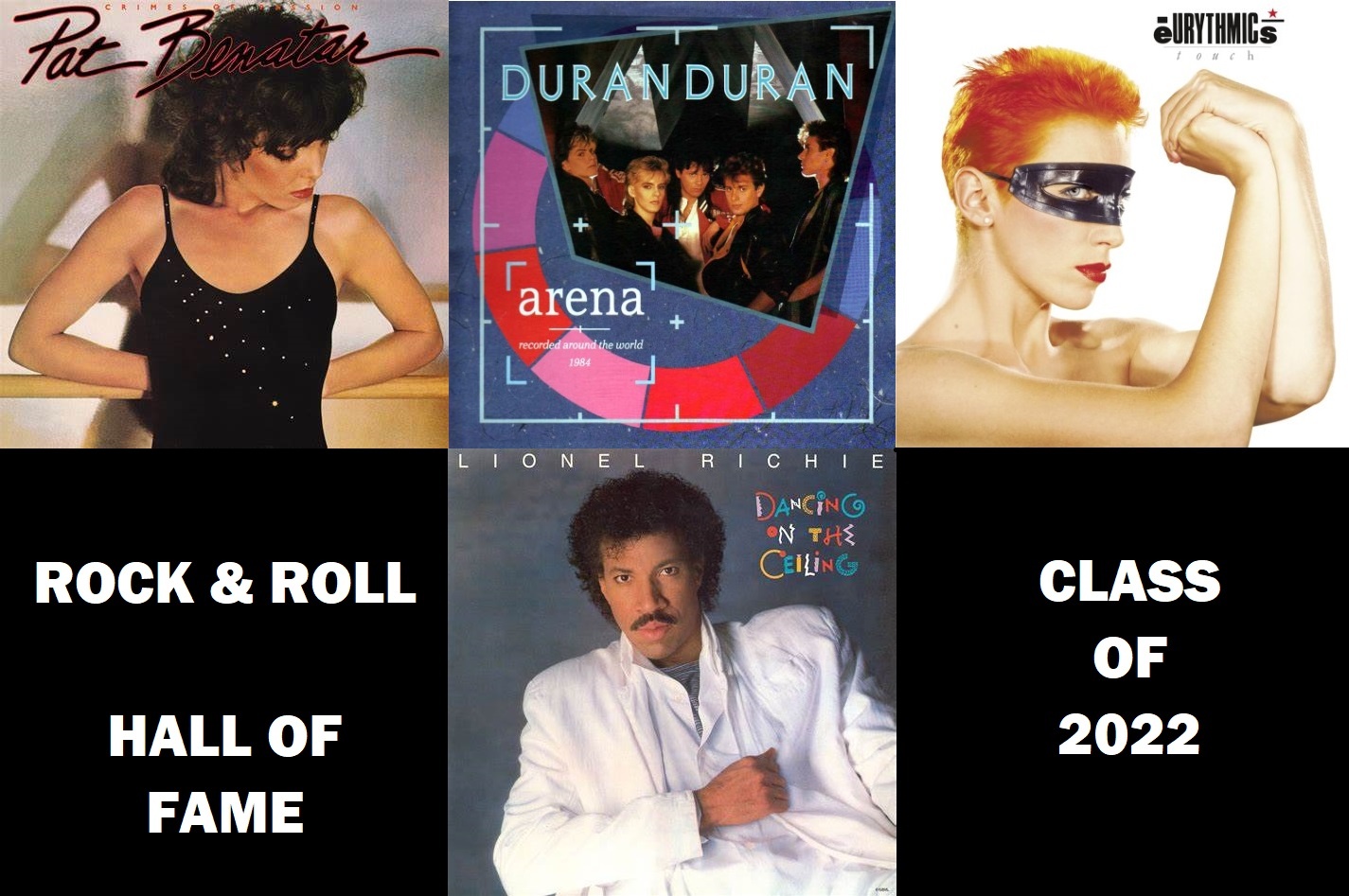 Rock and Pop superstars from the 80s era finally get their rightful place in the Rock & Roll Hall Of Fame tonight November 5th, 2022.

Lionel Richie spent a decade as rock & roll’s King Midas – everything he touched turned to gold. With his finger firmly on the pulse of popular music, he crafted enduring love songs and joyous anthems that resonated deeply with listeners. Richie’s effortlessly smooth voice dominated the late 1970s and 1980s, his popularity rivaled only by Michael Jackson, Madonna, and Whitney Houston. His record six Grammy nominations for Song of the Year is an achievement only matched by Paul McCartney.

Richie’s path to solo superstardom was built on a string of massive hits, including his group the Commodores’ “Easy,” Kenny Rogers’ “Lady,” and Richie’s duet with Diana Ross, “Endless Love.” His solo debut earned his first Grammy, but his follow-up, Can’t Slow Down, rocketed him into the stratosphere, selling over 20 million copies and winning Album of the Year. The album’s two signature hits – the tug-at-your-heartstrings “Hello” and the Caribbean-influenced “All Night Long” – showcased Richie’s ability to write both the songs you fall in love to and the songs you close the party with. In 1985, Richie and Michael Jackson channeled their songwriting toward humanitarian efforts with “We Are the World,” raising millions for African hunger relief. A year later, “Say You, Say Me” earned an Academy Award for Best Original Song. Richie demonstrated his longevity and flexibility with the 2012 chart-topper Tuskegee, reimagining his hits as duets with country music’s biggest stars and introducing his music to a new generation. That same year, U.S. troops in Iraq used “All Night Long” as their unofficial anthem – the song’s jubilance bringing levity in the face of hardships.

The influence of Richie’s emotive storytelling can be heard in the music of Babyface, Mariah Carey, Tim McGraw, and the contemporary R&B of Ne-Yo. Recent recognition includes the Songwriters Hall of Fame, Kennedy Center Honors, and the Gershwin Prize for Popular Song. Richie writes about love the way we want to feel about love, his feel-good music providing a colorful landscape for life’s most significant memories and a soundtrack for celebrations all over the globe.