Skip to content
THE OFFERING is anything but orthodox. The high-flying quartet has a way of cleverly suffusing all their influences-from black and death to heavy and modern to thrash and power to nü and hardcore-into their story-like songs. Over time (and across many refinement sessions), THE OFFERING have developed their all-in dynamic into a signature sound. Their debut album, HOME, is set for a worldwide release on August 2nd, 2019. Pre-orders the album HERE. 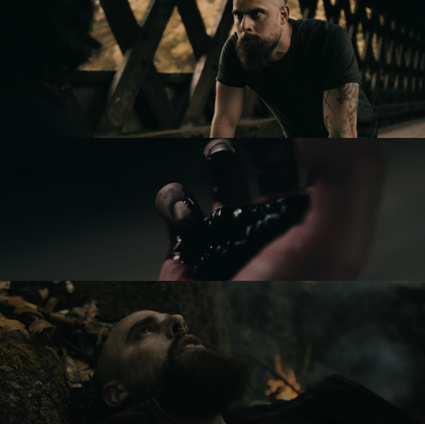 Today, the band has dropped the music video, directed by JBAW PRODUCTIONS, for “Ultraviolence” off of their forthcoming full-length album HOME. The band previously released the lyric video for “Failure (S.O.S)” off of the debut album.
“For ‘Ultraviolence’, we wanted to make a video that represents one of the reoccurring themes Alex sings about on ‘Home,’ which is the war between the ears“, states The Offering guitarist Nishad George on the video.  “To visually depict this, I wanted to emphasize the physical, emotional, and intellectual breakdown that happens when you lose the battle against yourself. We made a screenplay inspired by ‘The Most Dangerous Game’, but set in the inner forest, with each remaining bandmate representing one the aforementioned three aspects of humanity.  This was incredibly hard to film as Alex put himself in a LOT of physical danger to pull it off.  We hope you enjoy it.”
THE OFFERING is happy to announce that they will be in Europe for a number of shows including the legendary Wacken Open Air (Wacken, Germany), Free & Easy (Munich, Germany) and FEZEN Festival (Székesfehérvár, Hungary).
“Since our teens, we (THE OFFERING) have heard rumors about the majesty of the European metal scene,” states vocalist,  Alexander Richichi, about coming to Europe.
“Like a myth – stories of the grandness and the abundance of fans of the European festivals travel across the Atlantic to us, mocking us and reminding us that our scene is lacking. THE OFFERING is humbly grateful for the opportunity to travel to historic festivals to play and share our art. This is a dream for most, if not every metal musician. We recognize our opportunity and will do everything to make it the best for you, our listeners. Let’s have some fun.”
THE OFFERING TOUR DATES:
July 20 – Gävle, Sweden – Gefle Metal Festival
July 25 – Takarodó, Hungary – Fezen Festival
July 28 – Munich, Germany – Free & Easy (Werkstatt-Studio)
August 3 – Wacken, Germany – Wacken Open Air
THE OFFERING partly tracked HOME at Carriage House Studios in Stamford CT, a place where diverse pop, rock, and metal artists recorded influential albums including Pantera, Fates Warning, Overkill, Deftones, BoySetsFire and Sugar. HOME was then mixed and mastered by Fredrik Nordström at Studio Fredman (Dimmu Borgir, In Flames, Opeth, Arch Enemy, Bring Me The Horizon, Architects and many more), who states, “This is the craziest and insane music I ever worked with, I love it”, about HOME.
In the past, the foursome has warmed crowds for diverse acts such as Primal Fear, Rhapsody of Fire, Prong, Genitorturers, 36 Crazyfists, and have been a fan-favorite at the main stage of the New England Metal & Hardcore Festival. 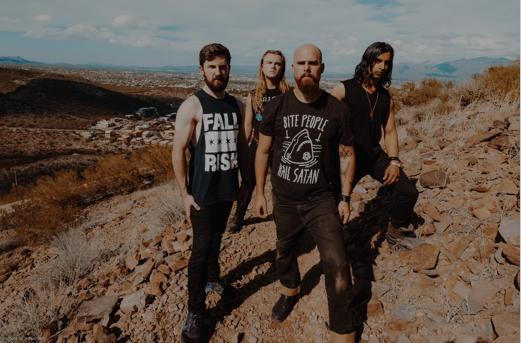 DEVILDRIVER to Release New Full-Length Album, Dealing With Demons I

Q & A With Drew Cochrane From Catalysis

DEVILDRIVER to Release New Full-Length Album, Dealing With Demons I