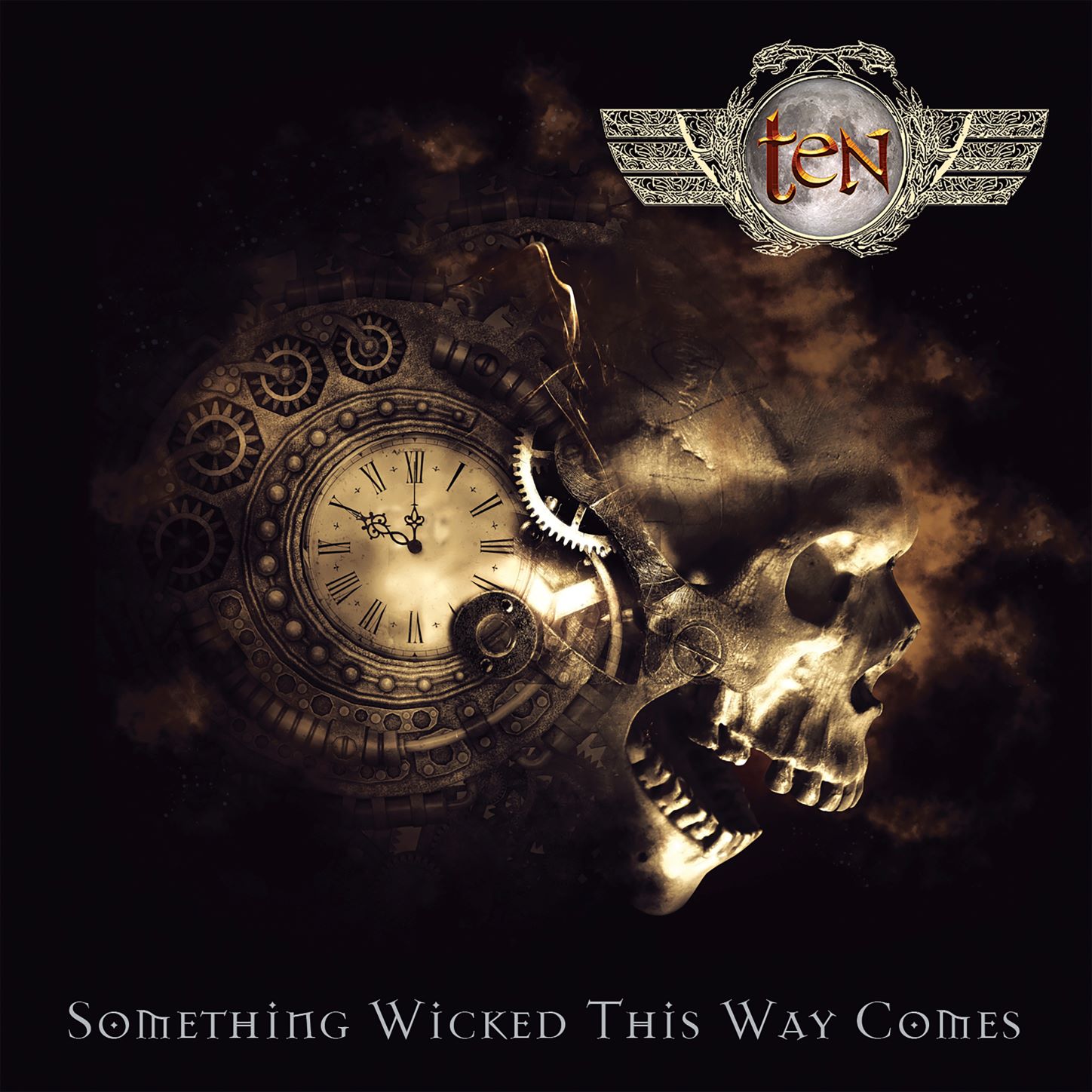 UK hard rock stalwarts TEN used the downtime during the worldwide pandemic to work on not one, but two new albums. The first album to be released, “Here Be Monsters”, landed on February 18, 2022 via Frontiers Music Srl. And now, the label is pleased to announce the second album of the two, “Something Wicked This Way Comes” on January 20, 2023. A new single and video, ‘The Tidal Wave’ is out today. Watch the video HERE: https://youtu.be/rhgtUhNOCDo

Following the success of the recent string of albums, from “Albion” to “Illuminati”, Hughes was joined once again by guitarists Dann Rosingana and Steve Grocott along with bass player Steve McKenna, keyboard maestro Darrel Treece-Birch and guest drummer Markus Kullman (Sinner, Glenn Hughes, Voodoo Circle) for the recording of “Something Wicked This Way Comes”. TEN continue to raise the musical bar higher for themselves, a goal they push on every release. Stunning guitar work, rich keyboards, excellent bass and drum interplay along with Hughes’ rich vocals are the order of the day here, as they were on this album’s immediate predecessor, “Here Be Monsters”.

“Something Wicked This Way Comes” was produced by Gary Hughes and mixed and mastered by Dennis Ward. TEN’s longstanding professional association with Dennis has been ongoing since he mixed their 2011 album, “Stormwarning” and has always guaranteed albums with stunning sound and production.

Fans should note that there are no ties between “Something Wicked This Way Comes” and “Here Be Monsters” or anything of this nature. The band simply crafted two high quality releases and decided to put them out separately, in a fashion not too dissimilar to what happened with their amazing first two records which were recorded one after the other in a very short period of time.

British hard rockers TEN have an outstanding history of releases in their storied and revered catalog. Starting out as a sort of solo project built around singer and songwriter Gary Hughes, TEN found their audience playing a hard rock sound influenced by such giants as UFO, Thin Lizzy, Magnum, Giant, and Whitesnake in a time when playing this particular sound was considered commericial suicide. The band’s early records such as “The Name Of The Rose”, “The Robe”, “Spellbound“, and “Babylon” established the band as mainstays in the melodic hard rock genre, which has continued throughout their now 26 year career over the course of 15 studio albums.

“Something This Wicked Way Comes” Tracklisting:

1. Look For The Rose

5. Something Wicked This Way Comes

6. The Fire And The Rain

9. When The Darkness Comes

10. The Greatest Show On Earth