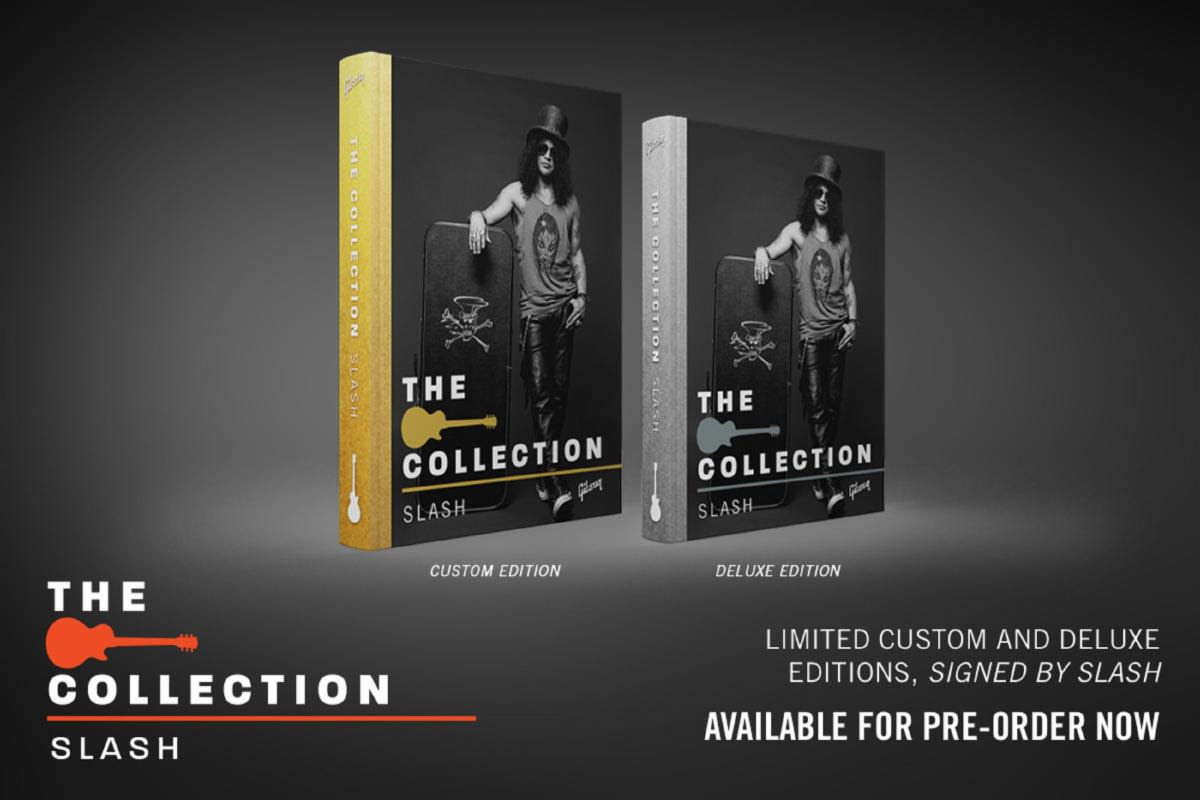 “It’s been a blast working with Gibson to create a platform for me to talk about my favorite thing, guitars” says SLASH. “This book is a great exposé of all the great guitars I’ve collected over many years.”

Launching simultaneously today, is the SLASH episode of Gibson TV’s popular interview series of the same name, titled “The Collection”–which takes viewers on a deep dive into the extraordinary, personal guitar collections of music’s biggest artists. SLASH and Mark Agnesi (Gibson TV Host and Director of Brand Experience) sit down to discuss the never-before-told stories behind his holy grail vintage pieces, to prototype Gibson signature models, drool-worthy Gibson Les Paul’s, Flying V’s, and more. Watch as SLASH and Mark cover a wide-range of SLASH’s staggering collection of around 400 instruments.

In this article:guns n' roses, slash