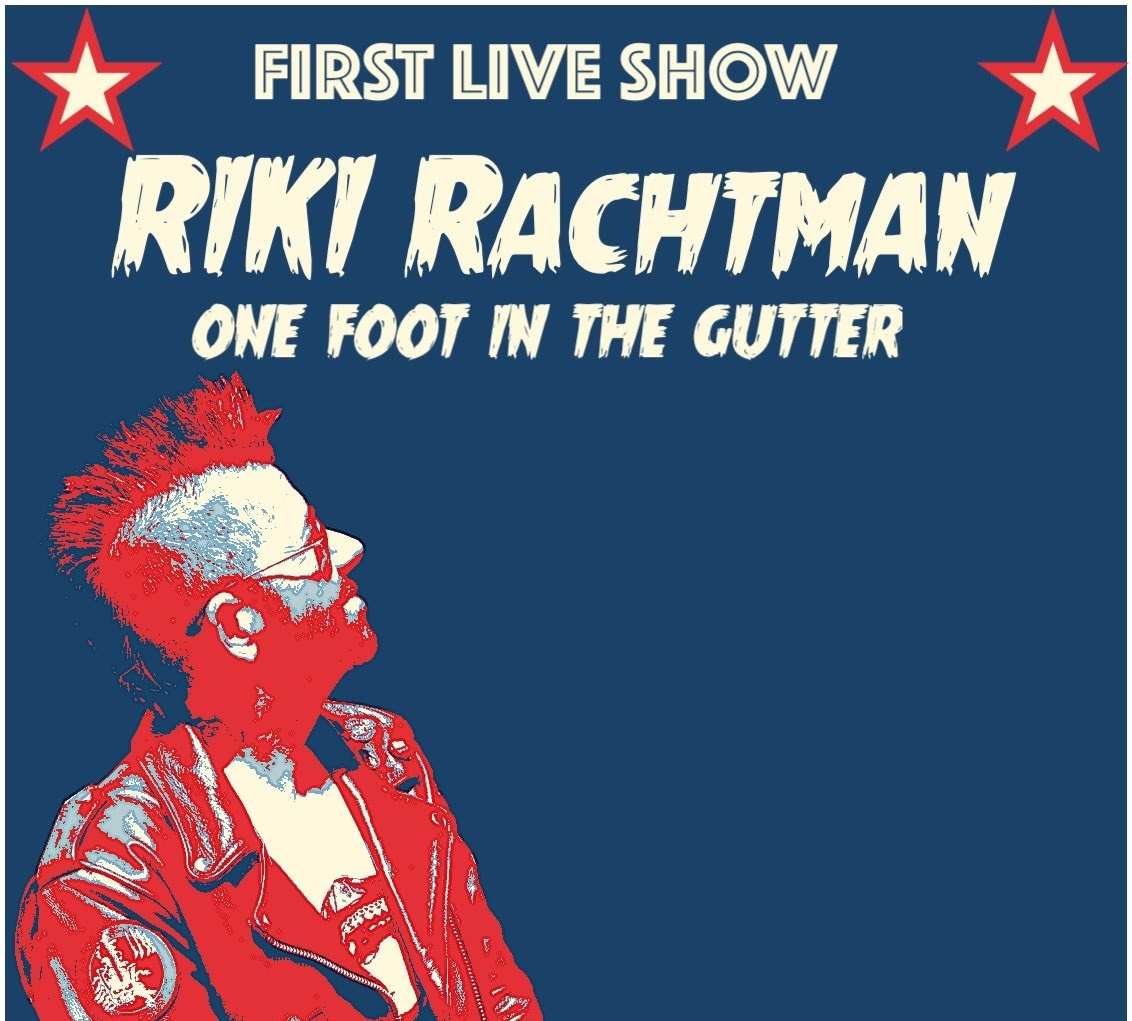 Tells All Live on Stage for the First Time in

One Foot in the Gutter

On September 11 in Charlotte, North Carolina, Cathouse founder and former host of Headbangers Ball, Riki Rachtman will take the stage at the Neighborhood Theatre for his very first live speaking engagement. One Foot In The Gutter, an intimate evening of stories, tales and true life fables from Riki himself…from growing up in Hollywood, to all the raunch roll sleaze and debauchery that happened at the Cathouse.  Never before has he shared his experiences of Headbangers Ball in an uncensored spoken word event. What landed Riki in jail? Why was he a car salesmen only a few years after being one of the most popular VJ’s on MTV. Rags to riches to rags. Sex, drugs, rock ‘n roll, plus maybe just maybe a positive message or two. Riki is uncensored, unapologetic and not at a loss for words. What was its really like hanging with some of the biggest rock stars on the globe? Oh and what about the haters?…..This is a one night event you will want to be a part of!

Ask six people who Riki Rachtman is and you might get six different answers. To many he was the host of MTV’s Headbangers Ball interviewing the biggest bands in hard rock, from Metallica to Guns N’ Roses to Nirvana. Others may know Riki as the creator of the most notorious rock club in the Hollywood scene, Cathouse, the epicenter of raunch and debauchery for the biggest names in rock. He is currently a nationally syndicated radio host, he runs an apparel company and has just launched Cathouse coffee, a small batch specialty coffee company. What many don’t know is how it all began. What was it like when the cameras weren’t on with bands like Nirvana, Pantera and Motörhead and how his friendship with Guns N’ Roses helped launch his career. Then there are the true tales of drug addiction, jail, bankruptcy and his true rags to riches to rags to riches story.

For decades fans have been requesting Riki to write a book. “I was always too busy to sit down and put them on paper but this is way better” explains Riki .“I get to tell it to peoples face and I think people are going to be surprised at what they might hear.  It’s not the story people think it will be but I really think everyone will enjoy the ride maybe even find a little inspiration.”

The show is called One Foot in the Gutter.  Riki shares “I used to end every episode of the Headbangers Ball with my personal motto ‘Keep one foot in the gutter, one fist in the gold.’ I’ve had some incredible experiences but even through all the gold I’ve always had one foot in the gutter remembering where I came from.”

Riki Rachtman has ridden a motorcycle coast to coast 15 times and raised close to a quarter of a million dollars for various charities. He just completed a 11,000 mile ride with his wife, Inkmaster Lea Vendetta.  Together they raised over $25,000 for Victory Junction Camp. Victory Junction enriches the lives of children with serious illnesses by providing life-changing camping experiences that are exciting, fun and empowering, at no cost to children or their families.