Skip to content
Rock icons Queensrÿche release their new lyric video for “Inner Unrest“. Watch the video, HERE. The track is off their most recent full-length album, The Verdict, which came out March 2019 via Century Media Records.
“‘Inner Unrest’ is an abstract characterization loosely based on the struggles dealing with PTSD. The internal and external battles one must fight daily,” states Queensryche frontman Todd LaTorre about the track.
Queensryche is gearing up to hit the road for The Verdict 2020 Headline Tour, which includes special guests John 5 and Eve To Adam. The band will be on tour starting January 17th in Ft. Lauderdale, Florida and wrapping up on February 27th in Orlando, Florida. VIP tickets are available for select dates. HERE. All other information on upcoming tour dates can be found on Queensryche’s website, HERE.
The band has been touring nonstop in support of The Verdict, which debuted at #6 on Germany’s Album Chart, #4 on the UK’s Rock Chart, #8 on Sweden’s Physical Album Chart, #9 on France’s Physical Album Chart, #4 on USA’s Hard Music Chart, #8 on USA’s Rock Chart, #14 on USA’s Top Current Chart and #16 on USA’s Billboard Top Albums. The Verdict is available to purchase and stream, HERE. 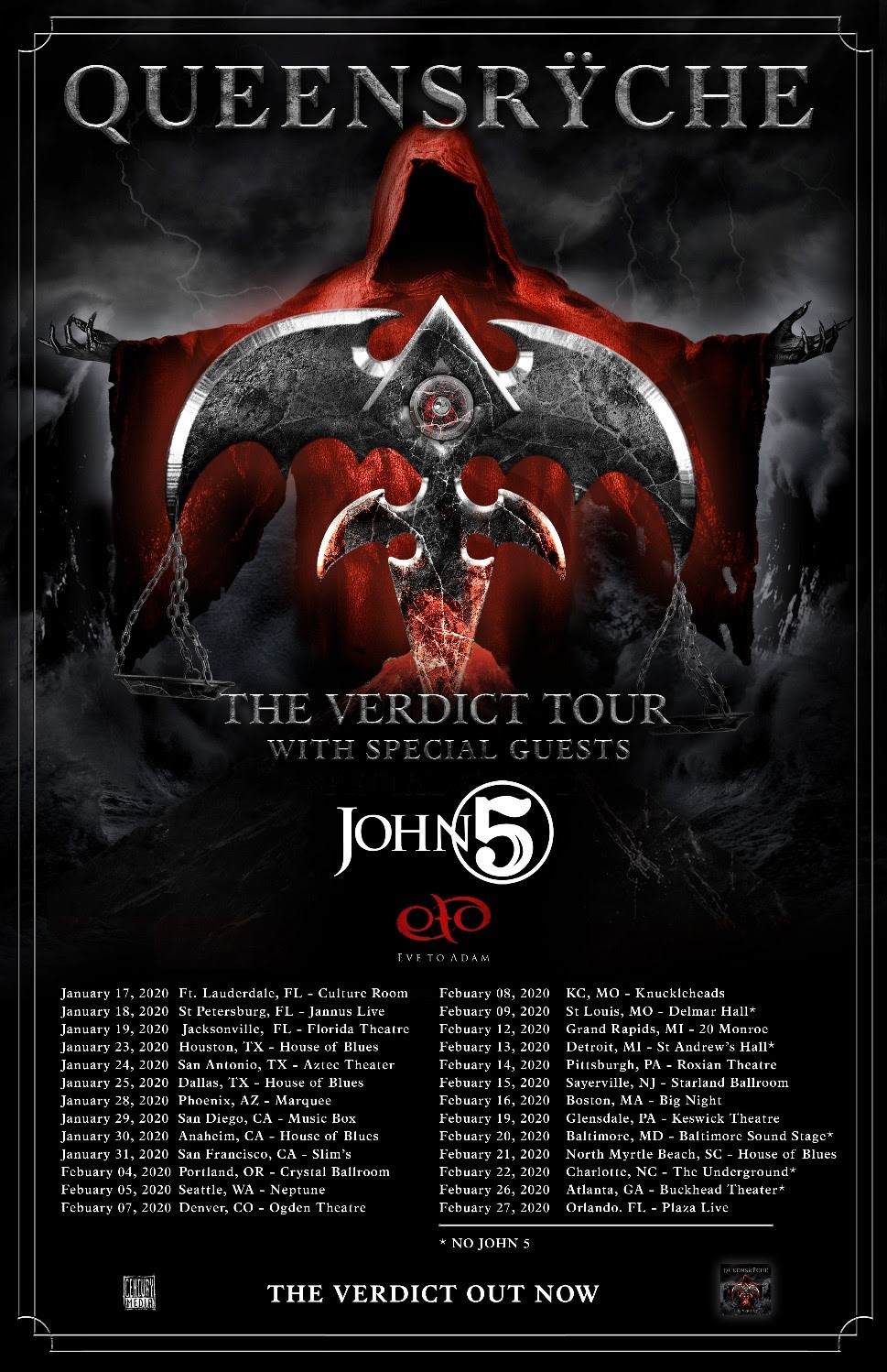 Rammstein Vocalist Till Lindemann In Hospital, Tested Negative For Coronavirus

AVERSIONS CROWN Announce New Album Hell Will Come For Us All