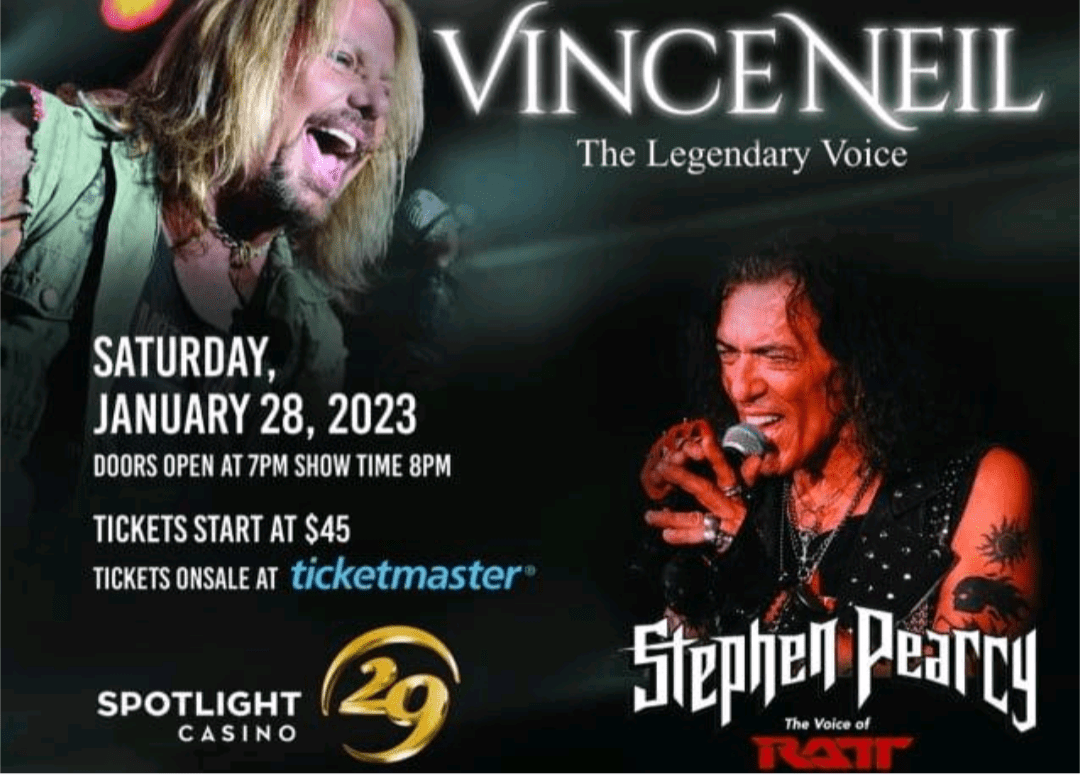 Bring on the Aqua Net….your 80’s dream team has come true!! Vince Neil and Stephen Pearcy are bringing the 1980’s Sunset Strip Experience to your town…..starting with Coachella, California and more shows to be announced.

These 2 Legendary Voices of MTV and all things debaucherous will give fans a night filled with Hit after Hit taking you back to your days in the Sun blasting tunes from your Boombox while drinking Bartles & James at the beach.

So wax up the Z28, load up the trunk with ice and wine coolers, pick up your hottest babe, and Come to the Coolest Party in your life!! Vince Neil and Stephen Pearcy are comin’ to your town and it’s Gonna be FRICKIN’ AWESOME!