Skip to content
Ministry Partners With GuitarWorld.com
For Exclusive Playthrough Of New Song “Alert Level”
Concluding The Band’s “Riff Of The Week” Series
Fans Are Encouraged To Continue Submitting
Video Responses To “Alert Level”
Answering “How Concerned Are You?”
Al Jourgensen Remains In #StudioQuarantine
Working On 15th Studio Album For Nuclear Blast Records 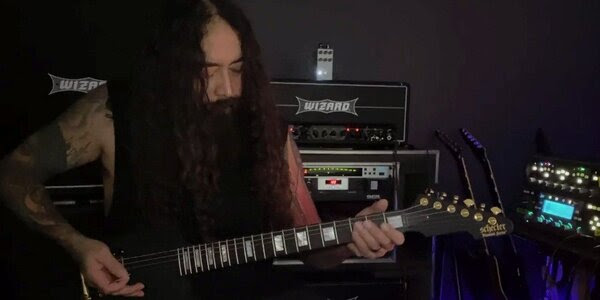 Ministry today unveils the complete playthrough for new track “Alert Level,” partnering with GuitarWorld.com for the video exclusive that features guitarist Cesar Soto running through the instrumentals of the provocative new track.
See the video here: https://www.guitarworld.com/news/ministrys-cesar-soto-smashes-this-playthrough-of-industrial-thought-provoker-alert-level
The “Alert Level” playthrough also marks the final installment in Ministry’s limited “Riff Of The Week” series—archived on the band’s official social media pages—that features Soto providing guitar guides to several fan favorites in the band’s catalog, from With Sympathy’s “Effigy” to “Hero” off Psalm 69 and more.
“Alert Level” was released April 24 through Nuclear Blast Records and is the first new material from Ministry mastermind Al Jourgensen in two years. It comes with a timely message as America—and the global population—faces epidemics, environmental crises, political corruption and one of the biggest elections of our lifetimes. The track will be included on Ministry’s upcoming 15th full-length release. See the lyric video, created by Agent Ogden, here:
https://youtu.be/qctA4yGMXWA 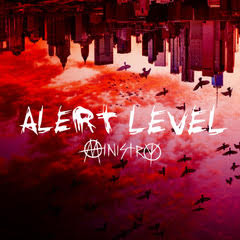 Fans are still encouraged to be a part of the larger conversation posed by “Alert Level” by answering the song’s central question, “How concerned are you?” in brief videos uploaded to their social media profiles with the hashtag #MinistryAlertLevel. The band has been sharing the responses on official social media pages. The campaign has been well-received, answered by
…Ministry band members: https://www.instagram.com/p/B_X-cf8plFk/
…Fans: https://www.instagram.com/p/B_bDM2NnXOw
…And fellow musicians: https://www.instagram.com/p/B_ipYeanKeP/
Here’s what media has to say about “Alert Level”:
“A classic Ministry feel, slipping between mechanized, stomping riffs and spaced out passages rife with sampled messages.” —Loudwire
“Incendiary new song” —Revolver
“Listen to Ministry’s flame-throwing new single …The timely song is centred around an monstrous riff and a rabble-rousing call-to-arms from mainman Al Jourgenson” —Metal
Hammer
About Ministry
Born in 1981 in Chicago, Ministry has been the lifetime passion project of founder Al Jourgensen, considered to be the pioneer of industrial music. In its early days, Ministry was identifiable by its heavy synth-pop material in line with the new sounds and technology that were being developed in the ‘80s. Ministry’s output began with four 12” singles on Wax Trax! Records in 1981 before the first LP With Sympathy in 1983 via Arista Records. As time progressed however, so did Ministry, quickly developing a harsher, and more stylized sound that the band soon became infamous for on seminal albums Twitch (1986), The Land of Rape and Honey (1988), and The Mind Is A Terrible Thing To Taste (1989). With the release of Psalm 69: The Way to Succeed and The Way to Suck Eggs (1992), Ministry hit an all time high in the mainstream musical realm and received its first Grammy nomination. In total, Ministry has been nominated for a Grammy award six times. After an indefinite hiatus in 2013, Ministry’s latest album, 2018’s AmeriKKKant, continues to reflect Jourgensen’s views on the frightening state of society and politics. With the latest lineup featuring Sin Quirin and Cesar Soto on guitars, John Bechdel (Killing Joke) on keys, London May (Samhain) on drums and Paul D’Amour (Tool) on bass, Ministry continues touring and recording in 2020 with new music and a few more surprises planned.
Find Ministry Online:
Website: www.ministryband.com
Facebook: www.Facebook.com/WeAreMinistry
Twitter: www.Twitter.com/WeAreMinistry
Instagram: www.Instagram.com/WeAreMinistry