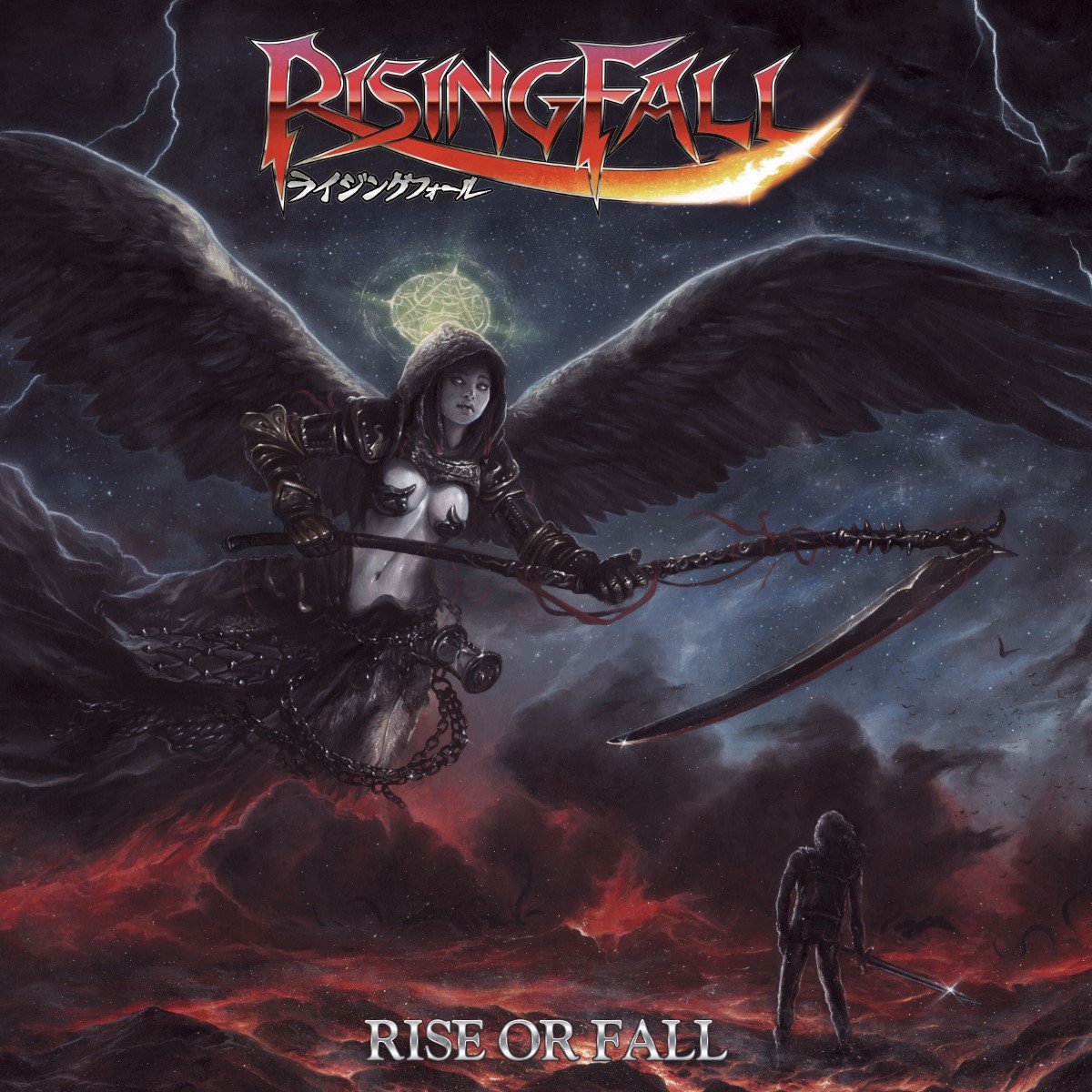 Today, Japanese heavy metallers Risingfall premiere the new track “Master of the Metal”. The track is the third to be revealed from the band’s highly anticipated debut album, Rise or Fall, set for international release on November 18th via Dying Victims Productions.

Based in Tokyo, Japan’s Risingfall formed in 2014. From the beginning, the band’s foundation has been power-leaning heavy metal with an emphasis on vocal melodies. Stirred into their magickal cauldron are strong doses of NWOBHM, hard rock, and US power metal from the olden days.

Risingfall made their recorded debut in 2017 with the Prologue demo. That same year, the Tokyo Metal Fire live EP and “Far Britannia” were both released on Bandcamp. In 2018 came the Cry for the Steel EP, and a year the Arise from the Ashes (蘇る灰) EP. In 2020, at last would all these short-lengths be compiled onto CD format. And while a number of lineup changes occurred, but by 2019 did Risingfall finalize the lineup of founding guitarists Yoshiki and Kono, bassist Gyokusai Ishii, drummer Yuki, and erstwhile Military Shadow vocalist George Itoh. While performing live, work begins on the first Risingfall album.

At last, it is here, bearing the title Rise or Fall, but it comes not without tragedy: while recording was completed in spring 2021, Yoshiki was hospitalized after suffering from a chronic illness; later, in February 2022, he passes away. Thus, Rise or Fall is a tribute to this fiery six-stringer, and what a monument he leaves behind. Bristling with an energy that draws together the various likes of Saxon, Rainbow, Savage Grace, and especially Vicious Rumors and Michael Jackson-era Satan, Risingfall exude high drama and dazzling dynamics steeped in the rich tradition of hard rock and early heavy metal of the ‘70s bursting into the next decade with boundless possibilities. The scythe-sharp production makes Rise or Fall feel tastefully modern, but the band’s highly refined set of influences all gel together into something timeless. Plus, the variety of songcraft across these eight tracks makes each one a stunner on its own while rendering Rise or Fall an album-length experience: each one is undeniably Risingfall, but they truly can do it all.

Due to the wishes of Yoshiki and his family, Risingfall will continue to perform, and Oyatata from the thrash band Mud Tiger has joined as second guitarist. Rest in power, Yoshiki: Rise or Fall will echo your metalized memory for time eternal!