KINGOFTHEHILL Reunites With All Original Members 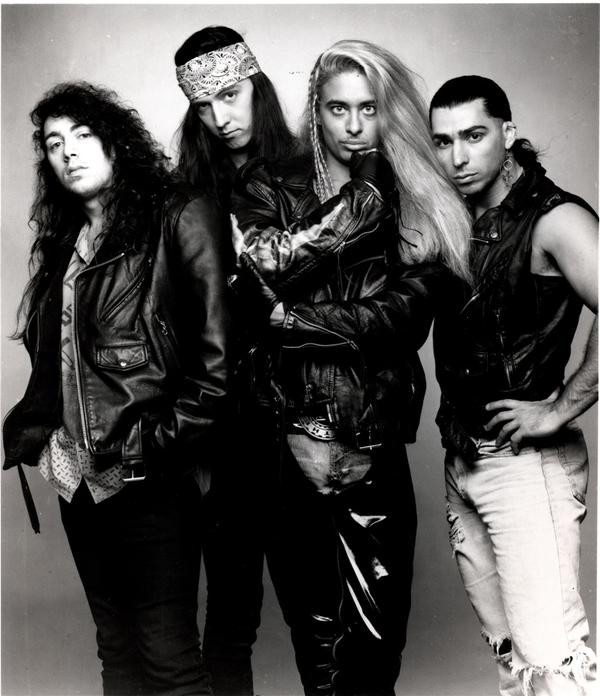 KINGOFTHEHILL (KOTH) have reunited with all original members, lead singer Frankie, Jimmy Griffin (Guitar), Vito Bono (Drums), and George Postos (Bass).  In 1990, KOTH signed a major label record deal with SBK Records (a subsidiary of EMI Music).  With a popular MTV Music video for “I Do U” and “If I Say”and continuous touring throughout 1991, KOTH were digging their heels in deep climbing the burgeoning walls of the life of Rock-n-Roll stars.

KINGOFTHEHILL has inked a deal with FnA Records out of Nashville, TN, to release two albums. The first album contains tracks that were slated to be on the bands sophomore release, which never did happen as the music landscape changed almost overnight.  The second release is an EP of 7 tracks plus some unreleased live material. Both albums are due out on January 31, 2023.  KINGOFTHEHILL frontman Frankie Muriel says ““We are so excited for KINGOFTHEHILL to join the FnA Records family and finally have the opportunity to give the fans a chance to hear these long-bootlegged albums – after all these years the way they were intended to be; and to revisit the vault and release some new compilations of rarities, live shows and bonus tracks! “

This St. Louis, Missouri-based four-piece heavy metal outfit began life on the local club circuit as a covers band – Initially known as Broken Toyz, the band gradually introduced original material into their set, until the demand for their own songs allowed them to drop the cover versions entirely. They signed a recording contract in 1990, and, having adopted the name King Of The Hill, recorded their self-titled debut with Bang Tango producer Howard Benson. The album mixed party metal in the grand Van Halen style with funk influences, while also touching on AOR, with vocal harmonies that echoed Bon Jovi. The opening single, ‘I Do U’, as well as the second single “If I Say”, had major rotation on MTV and crossed over to the Billboard Hot 100 singles chart. With major backing from their record label the band spent much of 1991 on the road, touring with White Lion, Trixter, Lynch Mob and Steelheart in the USA, and received a rapturous reception as Extreme’s guests on their autumn UK tour. This, the band’s first live work outside their own country, served to sharpen their performing abilities, with the charismatic Muriel becoming the visual focus of the band, drawing comparisons to both David Lee Roth and Prince, not least for his multiple costume changes throughout each show.

KINGOFTHEHILL return to the stage for a full reunion show on SATURDAY, FEBRUARY 4, 2023 (8 p.m.) At the Diamond Music Hall, Saint Peters, Missouri.

FnA Records, a well established 80’s/90’s Retro Label, are thrilled beyond belief to be working with KOTH. “We can’t wait for the fans to hear the growth of the band and what would’ve been their second album”, states FnA.