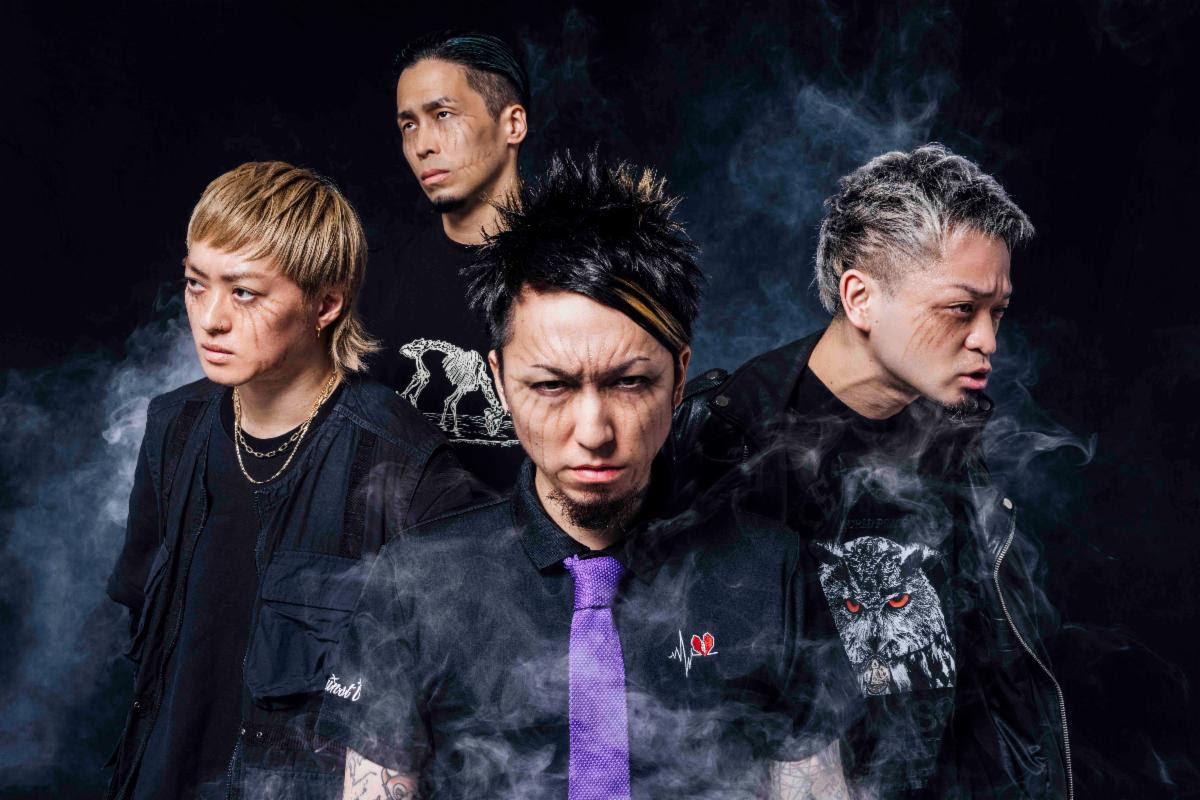 Japanese breakout metal outfit SiM (Silence iz Mine) are known across the globe for their distinctive blend of hardcore punk, alternative/nu metal, reggae and ska which they’ve showcased with sold-out headlining arena shows and large rock festival stages throughout East Asia since their formation in 2004. The four-piece are excited to announce their return to the U.S. for the first time in six years following their first-ever and only appearance in North America at Knotfest in 2016. The band will headline the New Crunchy City Music Fest at thes annual three-day anime fan convention Crunchyroll Expo on Saturday, August 6 at the San Jose McEnery Convention Center in San Jose, CA before making their way to Los Angeles for a sold-out headlining show at Echoplex on Tuesday, August 9.

“The Rumbling is coming!” exclaims vocalist MAH. “We can’t wait to perform live shows in your country for the first time in 6 years…it’s gonna be a blast!! See you in the pit.”

SiM’s record-shattering recent single “The Rumbling” was released this past January via Pony Canyon along with the news of it being the opening theme for the popular anime series “Attack On Titan: The Final Season Part 2”–the first-ever non-English language series to earn the title of “World’s Most In-Demand TV Show,” previously held by only “The Walking Dead” and “Game of Thrones.” It debuted at #1 on Billboard’s Hot Hard Rock Songs, #2 on Hard Rock Digital Song Sales, #5 on Bubbling Under Hot 100 Singles and #13 on Hot Rock & Alternative Songs. To date “The Rumbling” has received over 200 million streams and its CGI-mixed-with-live-performance footage music video has over 23 million views. “‘The Rumbling’ bears a strong, infectiously catchy chorus that’ll get you scream-singing from the top of your lungs…It’s one of the most memorable anime openings, and an absolutely killer metal track on its own,” lauds staff writer Nicholas Gaudet of Music Talkers (2/3/22). Watch “The Rumbling” music video streaming below or directly on YouTube HERE. Listen to the hit single streaming across all digital platforms and find bass, guitar and drum video playthroughs here: https://lit.link/SiM.