A ton of stuff, actually! We have a new single that just released today called “Shake My Faith”! There’s a lot in the works at the moment, and we’re super stoked to be going into Summer. Many of the shows that are in the works are yet to be announced.

XS ROCK:How long has the band been together?

XS ROCK:What was your main motivation for starting or being in a band?

For me, it was a creative outlet. All of my favorite bands tend to be highly creative, and quite outside of the mainstream. I wanted a place to express that.

XS ROCK:Which do you prefer? Writing new songs and recording or playing for a live audience?

That’s a tough question. It’s really exciting to hear a song come together while we work collaboratively, but there’s also a unique thrill to playing in front of an engaged crowd. If I had to pick one, I’d say writing would be my go to… I’m an introvert, so that’s more my speed.

XS ROCK:Do you have any outrageous tour stories from the road? If so, please fill us in.

We haven’t spent much time traveling for shows just yet, but we have had some non-musical excursions! We camped in Borrego Springs when it was WAY TOO HOT to be there, and now we’re pretty sure Aidan is haunted by a ghost whose grave he accidentally stood on and vaped on.

XS ROCK:What’s the strangest request that you’ve ever received from one of your fans?

We’ve had a tendency to destroy things on Tiktok. I can’t say that I recall any super strange requests, but people do ask us to stop destroying guitars.

XS ROCK:Were your parents supportive of your aspirations to play in a rock band?

Extremely. My Dad has been so invested in our success, and pushes me to be a better player all the time.

XS ROCK:What are your favorite tracks to play live?

Personally, I really enjoy playing Worth It. It’s a song we have not yet recorded, but we will very soon. It’s a band favorite, and from what I’ve seen, a fan favorite live.

XS ROCK:Which band or artist inspired you to perform? Why?

It was Joy Division for me. I’ve always been super attracted to the whole 70’s and 80’s manchester alternative scene.

XS ROCK:If you could design a dream tour for your band, who would be on the bill?

I surveyed the rest of the guys for this one. Shane really loves Ice Nine Kills. Pierce told me he’d love to play with Spiritbox or Northlane, and Aidan said Dirty Honey.

XS ROCK:What do you consider your greatest accomplishment so far?

Playing on No Cover was a ton of fun. It would either be that or hearing ourselves on the radio for the first time. There’s nothing quite like that.

XS ROCK:If you weren’t performing in a band what kind of career do you think you would have?

I can’t speak for the whole band here, but I personally would love to get my PhD in Philosophy and teach. I also do a lot of writing in my free time, so I’d probably be writing a lot of books. I’m actually working on a novel right now in between practice and playing shows.

XS ROCK:What type of equipment do you use for live shows?

I switch between an old 70’s Ovation Magnum, and a super cheap sub-200$ Ibanez bass I bought years ago. I love the sound of both, despite the huge price difference. I’ve been looking at switching over to a music man bass soon. Amp wise, I’ve been carrying around a Fender Rumble 500. It’s super lightweight and portable, which makes for easy gigging. I’ve played some really great Ampeg stacks at some venues too, and I’ve been taking a look at those as well.

XS ROCK:What do you think of the current music scene?

The current scene looks to me to be reviving. There’s been some really killer groups coming through the local venues, like Chain Reaction in Anaheim. We’ve had the privilege to play with a lot of them. Seeing what’s stirring around us locally really gives me faith for the future of the music scene.

XS ROCK:For anyone that doesn’t know you, what would they be surprised to know about you?

If it didn’t come across earlier, I’m a huge bookworm. I love Tolkein and C. S. Lewis, and ancient literature like Virgil and Plato. I do a lot of reading backstage before going out to play, which I think helps me conserve energy so I can spend it all playing live!

XS ROCK:If someone had never heard you before, how would you describe your sound?

Like the 80’s met the 90’s. We combine elements of our favorite genres: grunge, sunset, punk, funk, etc.

XS ROCK:Is there anything that you’d like to promote or say to your fans out there?

Thank you all SO MUCH for supporting the band! Interacting with you all at shows and online is what makes our jobs so much fun! And don’t forget to check out our new single “Shake My Faith”, which just released today!

Slaves To Humanity is: Interview With Will Martin From Earshot 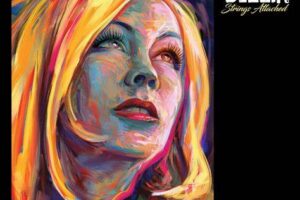 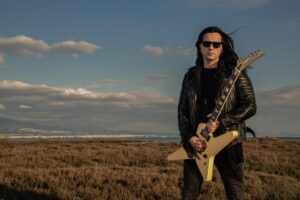