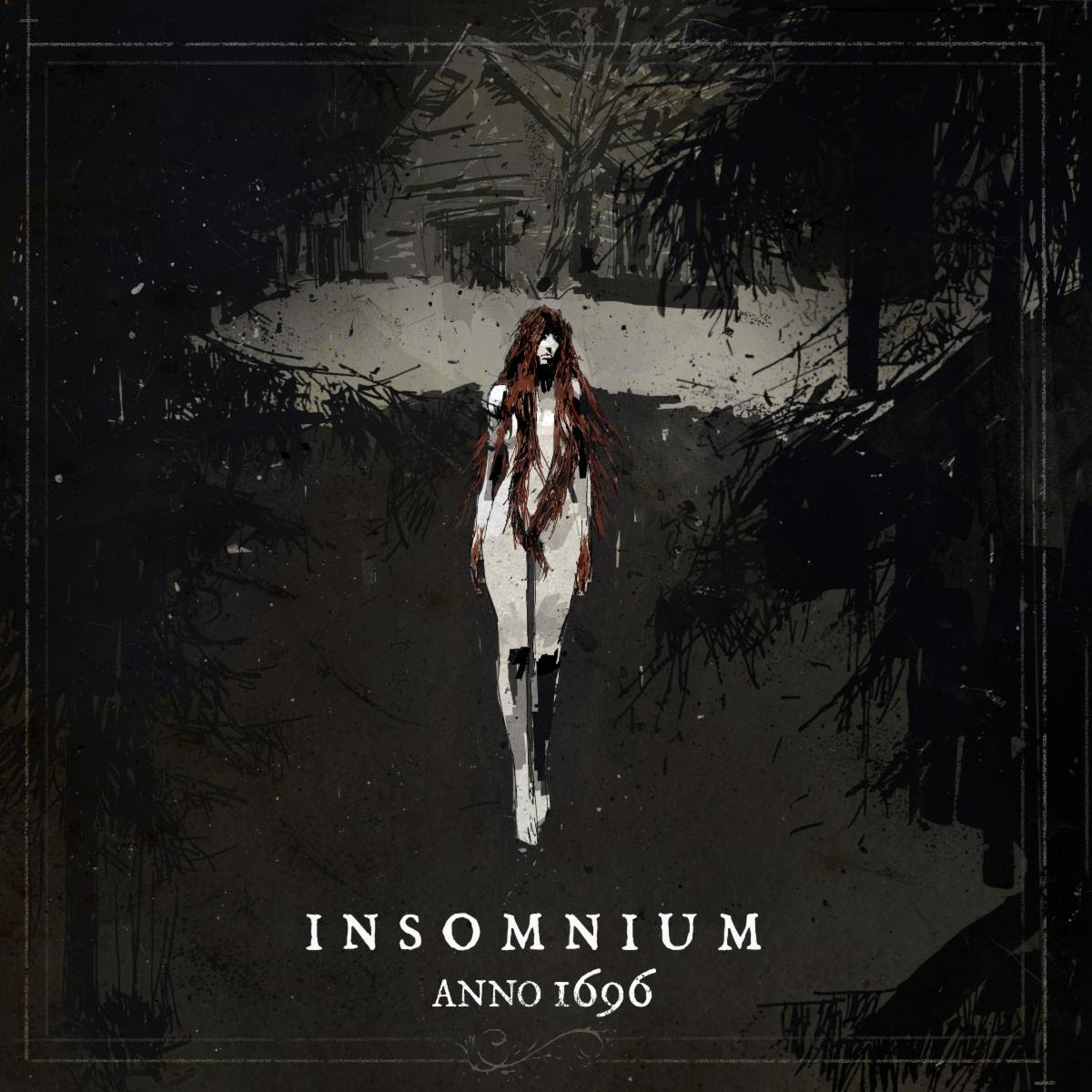 On February 24th, Finnish metal melancholists Insomnium will release their ninth full-length, Anno 1696, via Century Media Records. Anno 1696 is a gateway into another world. This time around, Insomnium tells us a tale based on a short story by Niilo Sevänen (bass/vocals), woven with sorrow and the last crumbling vestiges of hope, plus wrath and morbid lullabies. Welcome to 1696. Welcome to hell. This is an age of unrest. The age of great famine in the North. The witch hunt is in full swing all across Europe and the gruesome witch trials have even reached the remote and majestic landscapes of Finland and Sweden. “The Torsåker witch trials were a horrible source of nightmarish inspiration,” Sevänen says of his ghastly muse. “All that talk about 70 women beheaded in this small Swedish parish? It’s real stuff from history!” he groans. “And as if that weren’t enough, there are also some very dark tales of cannibalism and child murder from the years of the great famine.” Stories don’t get any more metal than this.

For a first preview of Anno 1696, the new single, “Lilian”, can be streamed here; the video (directed by Riivata Visuals)

Guitarist Markus Vanhala comments about the track: “‘Lilian’ is probably the most traditional Insomnium hit song on the album – and an easy starter as single – before the heavier main course comes in. It shows the lighter shade of the album, before all hope leaves.”

Bassist/vocalist Niilo Sevänen adds: “This is Ville’s composition, and it has some of that old Insomnium feel in it. Felt like a video-song from the start. Lyrically, it tells how the tragic couple in the story met each other in the first place.”

Guitarist Ville Friman concludes: “One of the first songs to emerge during the pandemic era. It has this old Insomnium vibe and tonality that I tend to steer towards every time I pick up the guitar.”

Pre-order Anno 1696 now at: https://Insomnium.lnk.to/Anno1696 – where the record is available in the following formats:

In addition to the above-mentioned standard versions, fans can also purchase the limited Deluxe 2CD Artbook that has an extended booklet (44 pages!) and includes the Songs of the Dusk (EP), as well as the English and Finnish versions of the ‘Anno 1696’ short story by Niilo Sevänen:

The vinyl features an etching on Side D, plus a 12-page booklet with the English version of the ‘Anno 1696’ short story by Niilo Sevänen – available in the following variants:

The vinyl available in the USA does not come with the additional CD:

Mixed by Jaime Gomez Arellano (Orgone Studios) and mastered by Tony Lindgren (Fascination Street Studios), Anno 1696 is a tornado of tormented souls, set to a tragedy of Greek proportions. No doubt: this is Insomnium‘s most delicate tightrope walk yet – between sadness and anger, between silent desperation and cries of anguish. Trying to reach that fading light that still glimmers from beyond the trees. And at that, it’s the epitome of the Finnish melancholy. “Can’t deny it,” guitarist Markus Vanhala laughs. “Insomnium is a soundtrack to both the Finnish mental and physical landscape. We all are strongly feeling melancholic Finns.”

And as if a stunning feat like Anno 1696 is not enough, Insomnium continue the epic story on their addendum-like EP Songs of the Dusk, featuring three more journeys into a dark and foggy past. “We simply had eleven great songs, and we thought that this material is too good to be ‘just’ bonus tracks,” Sevänen states. “They are part of the big story, so you can think of them as the director’s cut material that tells a little extra. For those who want to have more.”

1. Flowers of the Night