On September 4th, Iceland’s Cult Of Lilith will release their debut full-length, Mara, via Metal Blade Records. A frantic collision of death metal, prog, complex classical structures and more, Mara is a restless, constantly shifting collection that is as imaginative as it is compulsive. For a preview of the album, a video for the new single, “Purple Tide” (directed by Dániel Puskás / Valhallartworks), can be viewed at: https://www.youtube.com/watch?v=5otC-BTmm4g – featuring a guest keyboard solo by Lucy In Blue‘s Arnaldur Ingi Jónsson!

Cult Of Lilith‘s Mario Infantes Ávalos (vocals) comments: “‘Purple Tide’ is a hymn to justice. One that brings balance to our kind, gives rest to the afflicted, empowers them and beheads the tyrants. When justice fails, hope fades away in our hearts and leaves nothing but a thirst for vengeance. May all rapists meet the same fate as the wretched sailors in this video.”

To hear the previous single, “Cosmic Maelstrom”, please visit: metalblade.com/cultoflilith – where the record can also be pre-ordered in the following formats:
– digipak-CD
* exclusive bundle with shirt, plus digital options are also available! 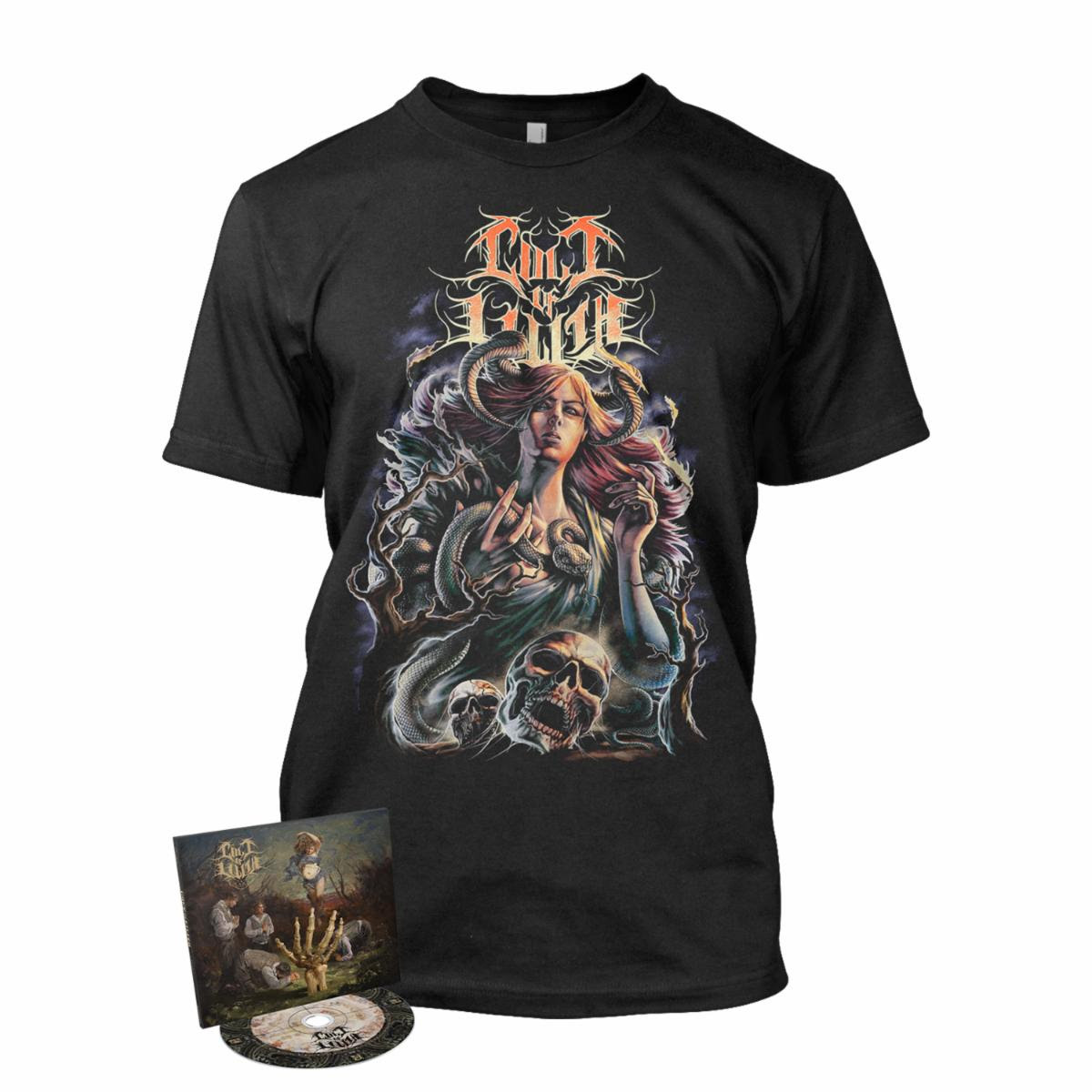 Founded in Reykjavik, Iceland in 2015 by guitarist Daniel Þór Hannesson as the sole member, he hired a session drummer and singer to create the Arkanum EP (2016), going on to put together a full band that was cemented in 2018 with the addition of vocalist Mario Infantes Ávalos. “Stylistically, ‘Mara‘ is way more diverse and refined than ‘Arkanum‘, but still retains some of the essential ideas of composition. There was another vocalist at the time and since their styles are so different, it has made a big impact on the progression of the band. Mario has great range, so he fits very well with our diverse music. There is also a big difference in sound: ‘Mara‘ is much heavier, in your face and beefier than ‘Arkanum‘, thanks to the amazing Dave Otero, who mixed and mastered the album.”

Tracking was done at two studios: drums laid down at Dutch Ice Productions with renowned engineer Chris van der Valk (Hail of Bullets) with everything else recorded at guitarist Kristján Jóhann Júlíusson’s Krummafótur Studio. “Tracking guitars was grueling, as it always is for this type of music. Both of our guitarists are perfectionists and achieving a perfect result requires going overboard with tracking until execution is flawless. The whole process was challenging and difficult, but that is kind of the whole point. It makes it more gratifying when it all comes together,” says Júlíusson. The results speak for themselves, and open a thrilling new chapter for a band helping establish Iceland’s place on the extreme metal map.