For a preview of Illuminati, a video for the new single “Spirit of Beelzebub” (the second of three interconnected short movies) can be viewed below:

God Dethroned comments: “‘ Spirit of Beelzebub’ is the second single and video from the ‘Illuminati‘ album. This song will appeal to our fans who like the faster and more aggressive tunes of God Dethroned. The video is actually the prequel to ‘Illuminati’ and definitely worth checking out!” 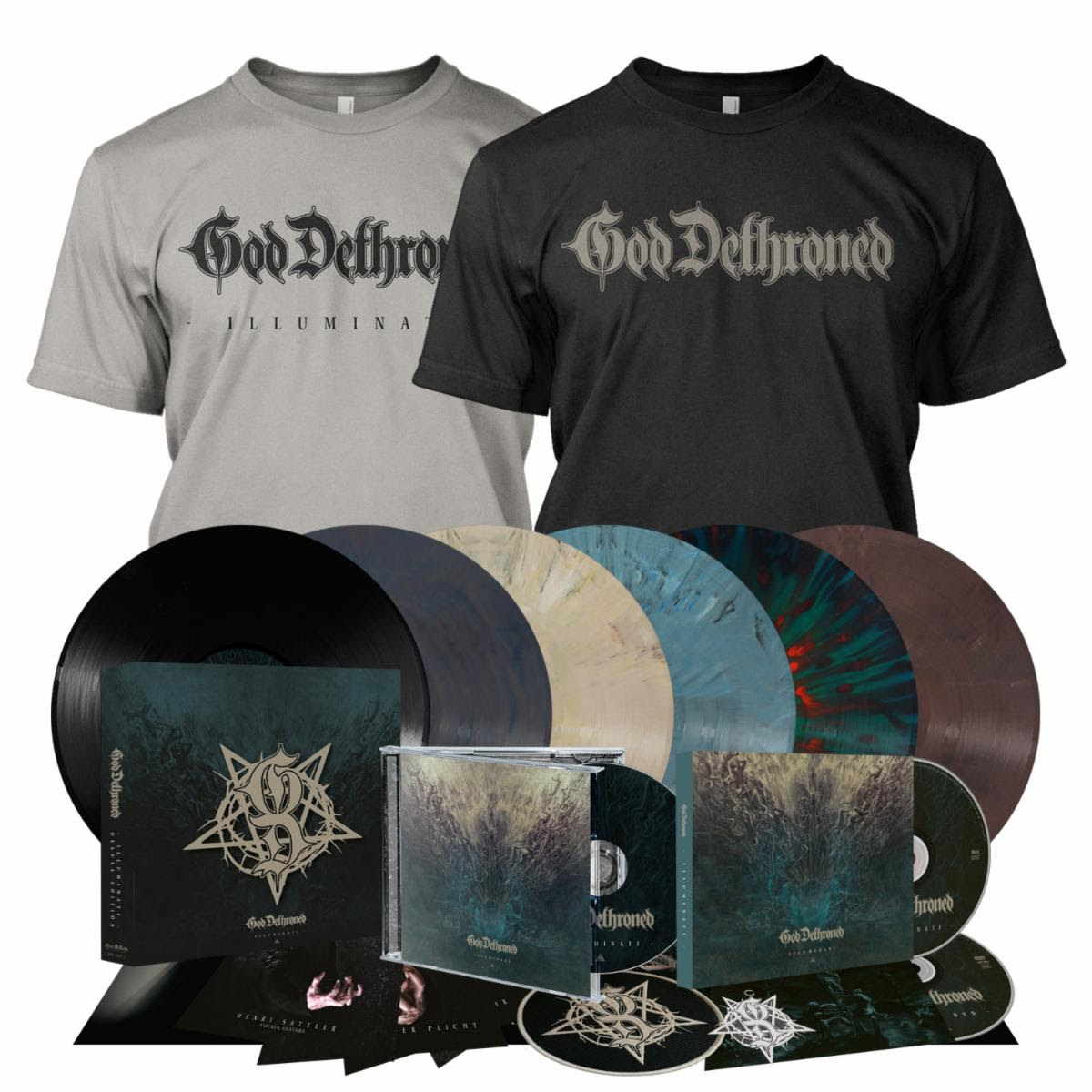 The immutable power of the Netherlands’ greatest blackened death metal band, God Dethroned, rings true on the new album, Illuminati – their most varied material to date. With a cover by Polish master Michał ‘Xaay’ Loranc (Nile, Evocation), Illuminati is conversant in the tenets of death metal – experimental where it needs to be, and indomitable in spirit. It’s the kind of album that will bestow the Dutch heroes with accolades and push them across Europe (first with Obscura – see dates below) and then the rest of the globe (planning for North and South America is underway) throughout 2020.

God Dethroned‘s Henri Sattler checked in with the following comment about Illuminati: “Freemasons, occultists, and conspiracy theory enthusiasts pay attention! God Dethroned is back to smack you in the face with our new album called ‘Illuminati‘. After finishing World War One trilogy, it was about time to go back to the dark side with songs about religion, freemasonry and the occult. Song titles like ‘Spirit of Beelzebub’, ‘Broken Halo’, ‘Book of Lies’ and ‘Satan Spawn’ leave very little to the imagination as to what to expect from us from a lyrical point of view.

But those of you who expected us to go back into a raging frenzy of endless blast beats and buzzsaw blade guitar sounds better to beware. ‘Illuminati‘ is our most varied album to date with a heavy, yet in-your-face type of production. We managed to make our sound bigger and more orchestral than ever before with the use of both atmospheric keyboard parts and many additional vocal parts such as choirs and grunt-on-tone type of vocals. There is a lot to be discovered in the songs of this album because of the many details hidden in the music that will only reveal itself after many listen, and at the same time, the tunes on ‘Illuminati‘ are catchier than ever before.

Lovers of Rhandy Roads-meets-Marty Friedman type of melodic guitar solos should definitely give Dave Meester’s spectacular leads a listen. Dave was welcomed to the band’s line-up during the European tour with Belphegor and Suffocation and stayed within our ranks ever since. Former guitar player Mike Ferguson, however, contributed greatly to ‘Illuminati’ by writing several stunning songs and riffs as well as recording half of all the rhythm tracks on the album. We wish him all the best in his future endeavors.” 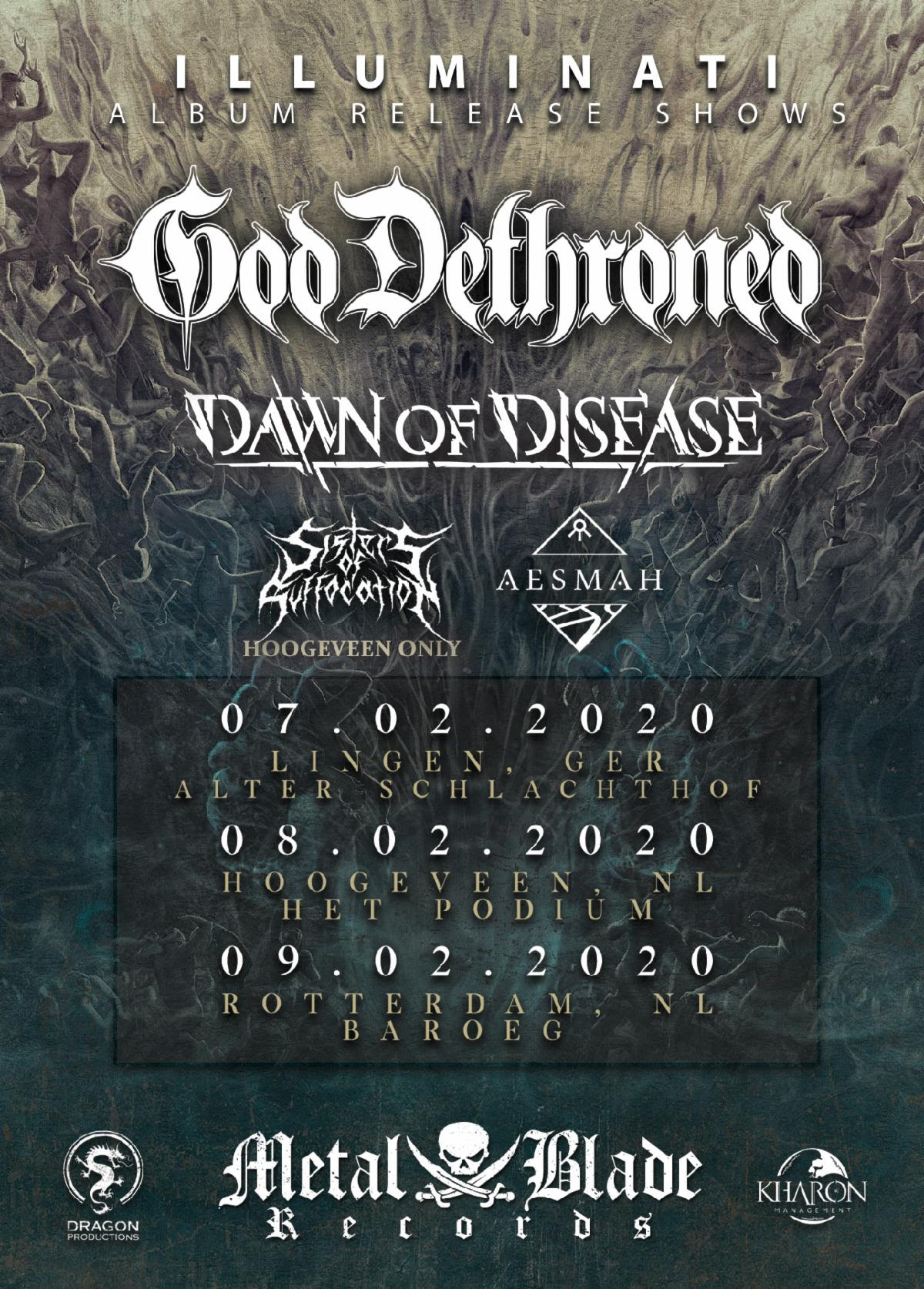 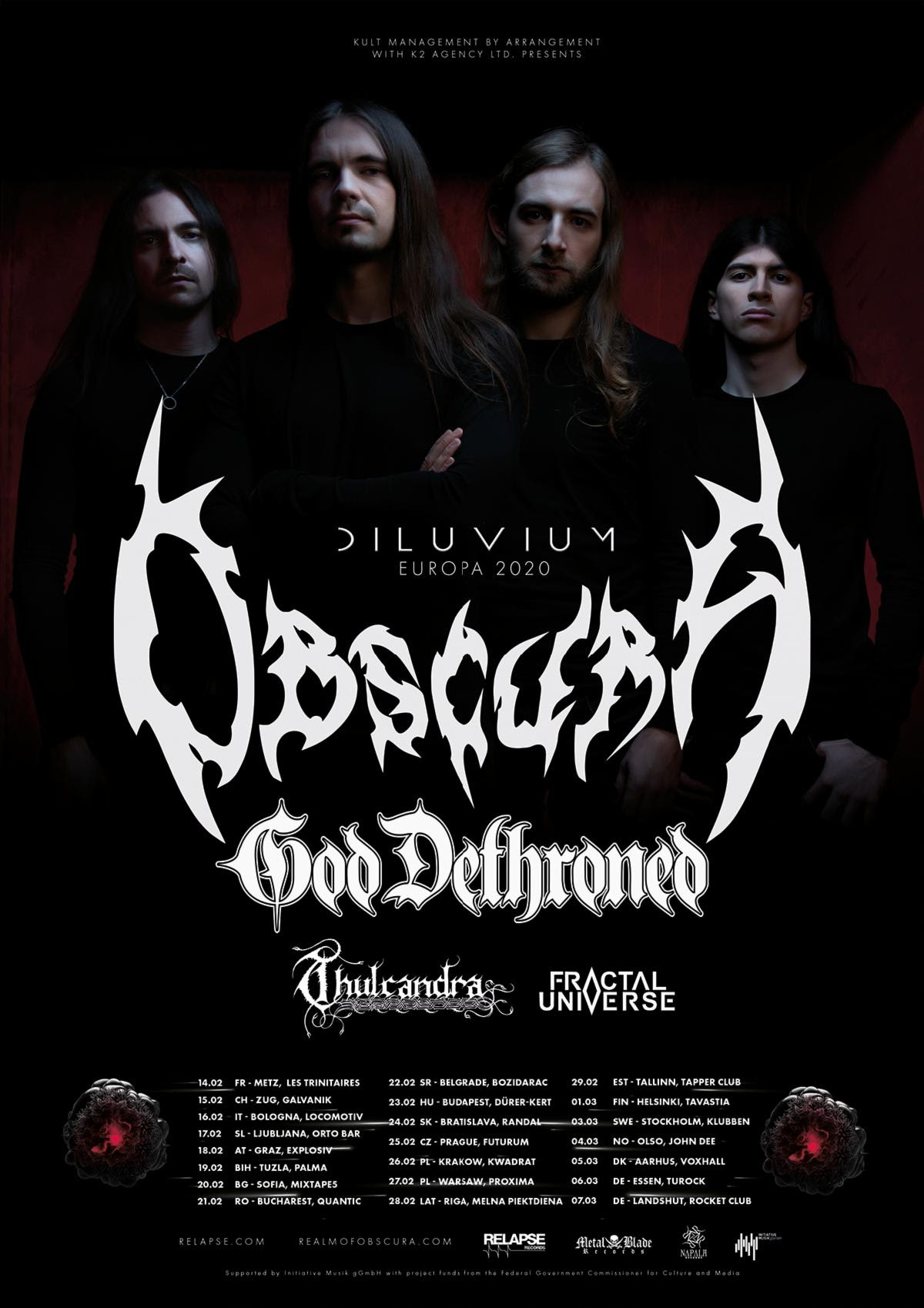 And more shows to be announced soon…