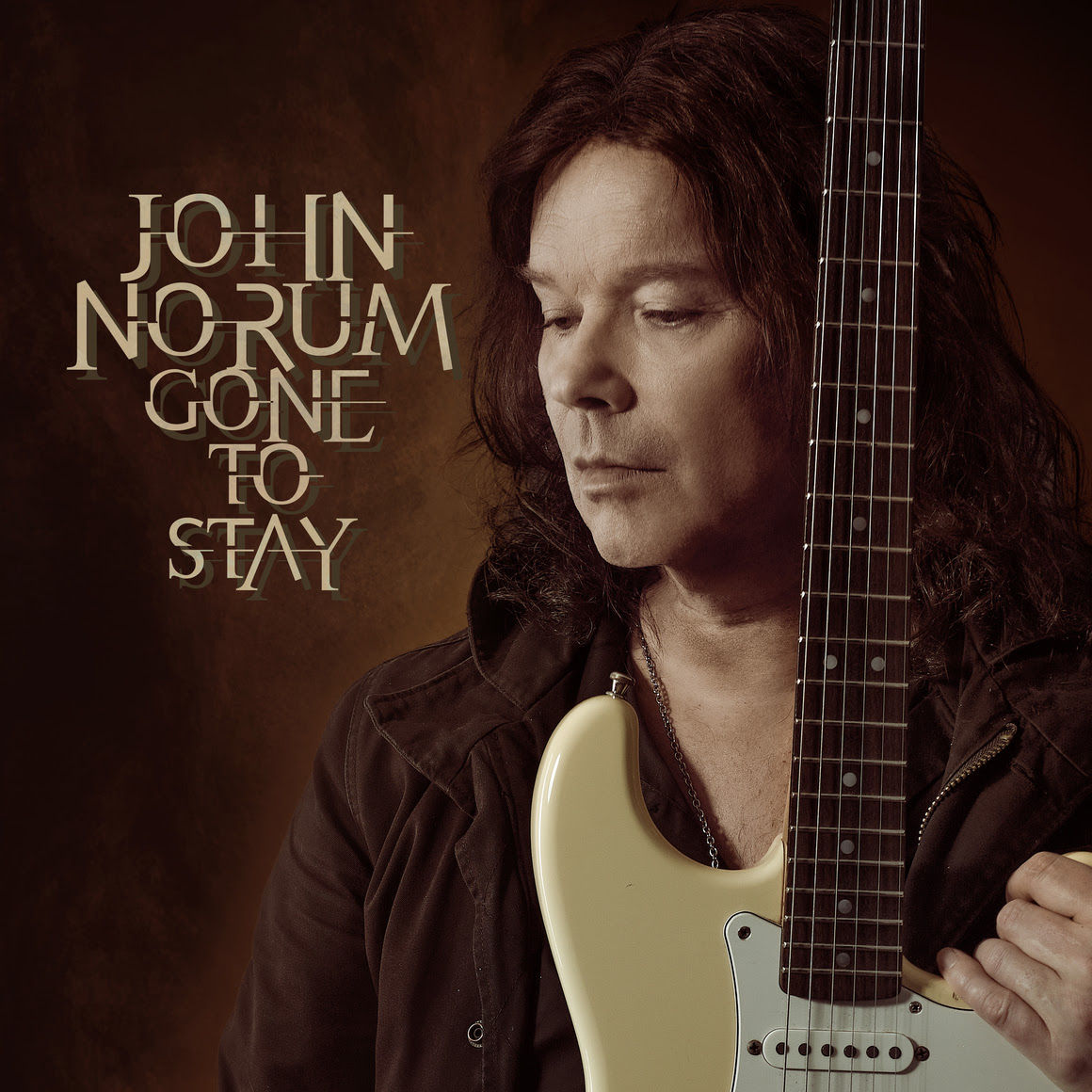 John Norum will release his 9th solo album titled ‘Gone To Stay’ on October 28th 2022. Mostly known as the founder and lead guitarist from the rock band Europe that quickly took the name as Sweden’s biggest rock export with the songs ‘The Final Countdown’, ‘Carrie’ and ‘Rock The Night’, and has sold over 15 million albums worldwide.

Two singles from the album has been released: ‘Sail On‘ and ‘Voices Of Silence‘, and will be closely followed by the third single ‘One By One‘ which is set for release September 2nd.

The album is produced by John Norum himself together with Peer Stappe, and mixed by Wyn Davis.

What Do You Want

Born in Vardø (NO) on February 23, 1964, John Norum soon moves with his family to Stockholm (SE) where, thanks to his mother’s guitar and the influence of rock and blues legends like Elvis, Cliff Richard, John Mayall’s Bluesbreakers, Thin Lizzy, UFO, Deep Purple he dreams of becoming a rock musician.

At the age of 12 he forms his first band as a guitarist and singer, DRAGONFLY, with drummer Tony Niemistö (aka Tony Reno) with whom he forms the band WC a few years later and that in 1981 becomes FORCE with Joey Tempest joining the band as a new lead singer.

Simultaneously John gets the chance, thanks to his stepfather and drummer for Eddie Meduza’s band, to record the guitar solo on the 1978 single “PUNKJÄVLAR”, to travel on tour with the band and to record 2 more songs for the 1979 album “EDDIE MEDUZA & THE ROARING CADILLACS”.

The new FORCE line-up completed by John Leven replacing former Force bassist Peter Olsson changes its name to EUROPE and shows its skills to the whole nation during the Rock-SM contest for emerging bands. The final of December 13, 1982, broadcast live on television, consecrates John as the best guitarist, Joey as the best lead singer and EUROPE winners of a contract with HOT Records that starts their career as professionals. The self-titled debut album sells gold in Sweden and “SEVEN DOORS HOTEL” becomes their first hit in Japan.

John works again with Eddie Meduza, he plays the album “DÅREN É LÖS – THE ROARING CADILLAC’S LIVE” recorded during the 1983 tour, and he records two further songs on the 1984 album “WEST A FOOL AWAY”.

That same year EUROPE release their second album ”WINGS OF TOMORROW” produced by Leif Mases (Led Zeppelin,Scorpions) and a successful “On the Loose” tour follows.In 1986 Europe releases their third album “THE FINAL COUNTDOWN”, that sells 10 million copies and becomes a worldwide hit and a nr 1 album in 25 countries.

But after 3 studio albums, a live VHS of the Final Countdown tour in Stockholm (Solnahallen), 9 singles, 3 video clips and tours all over Europe and Japan, John leaves the band 1987 to pursue a solo career through which he could express more effectively and freely his own art.

As a solo guitarist and singer, John composes and plays between Sweden and the United States, recording 8 studio albums to date, 1 live album, 9 singles, 1 maxi-single and 7 video clips.

In 1989, two years after the release of his first successful solo album “TOTAL CONTROL” which collects many awards in Sweden including a gold album John moves to Los Angeles (US) and joins the band of Don Dokken with whom he releases the 1990 album “UP FROM THE ASHES”, from which 2 singles and 2 video clips are taken and which is followed by a tour in the United States and Japan. In Los Angeles John meets former Deep Purple frontman Glenn Hughes and the second solo album “FACE THE TRUTH” shows the perfect match between John’s guitar playing and Glenn’s powerful singing.

John reunites with EUROPE on 31 December 1999 for what it was supposed to be just a participation in the Millennium concert in Stockholm, and which instead acts as a booster charge to a new chapter of EUROPE history. Just prior to their comeback, John works with Don Dokken again, and with the band DOKKEN he releases the album “LONG WAY HOME” in 2002 together with 2 singles, and leaves for a world tour.

The year after, John returns to the studio with EUROPE, and the reunited band releases another 6 studio albums. 4 live albums, 7 singles, and 12 video clips to date.

In 2015 EUROPE win the Classic Rock Roll of Honour in the UK, and 3 years later the Swedish Grammis for the album “WALK THE EARTH”. The same year, the band is inducted into the Swedish Music Hall of Fame.

During his career John plays with many noteworthy musicians and friends among which Marcel Jacob, Michelle Meldrum, Mikkey Dee, Kelly Keeling, Göran Edman and Tone Norum to name a few, and shared the stage during the world tours with some of the most iconic bands and musicians of all time such as Deep Purple, Whitesnake, Michael Schenker and Scott Gorham. John also features in albums by world celebrated artists such as Glenn Hughes, Ace Frehley, Carmine Appice, Jeff Pilson, Frank Marino and in two movies: “ON THE LOOSE” with Europe band members, a 1985 Swedish film directed by Staffan Hildebrand and “FAR OUT MAN”, a 1990 American comedy film written, directed by and starring Tommy Chong, with Don Dokken.

In this article:europe, john norum