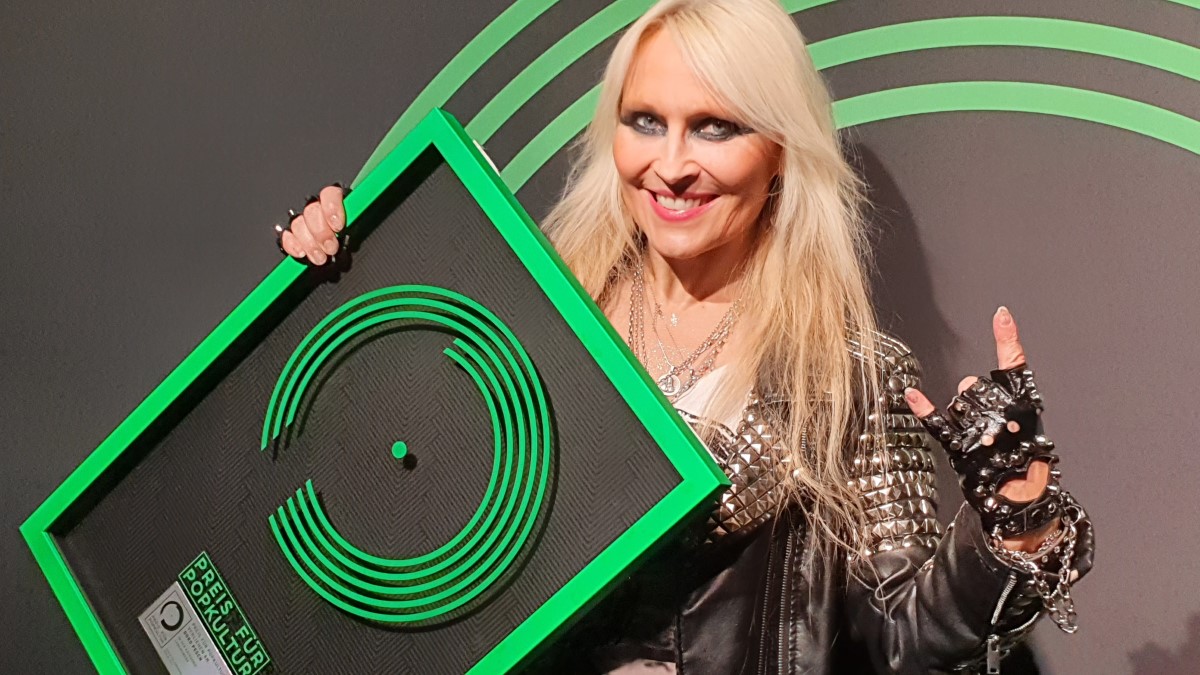 Germany’s most successful rock singer has just been honored with a Lifetime Achievement Award – Germany’s most important music accolade.
The Pop Culture Prize was awarded in Berlin’s “Admiralspalast” on October 4th in front of musicians, a specialist audience, and media representatives.
The joy was palpable, and Doro accepted the award to thunderous applause from the euphoric music industry present.
The emotional laudatory speech was given by Alex Wesselsky from the band EISBRECHER.

“What an honor,” says Doro Pesch. “This award totally motivates me to always go full throttle and give everything! From the bottom of my heart, I thank everyone who has supported me.”


The “Prize for Pop Culture” is the continuation of the prestigious German “Echo” music prize.
In the past, metal acts have been rarely seen at this event and it’s a great honor for Doro, who will be celebrating 40 years of her career in 2023.

In this article:doro, Doro Pesch, warlock