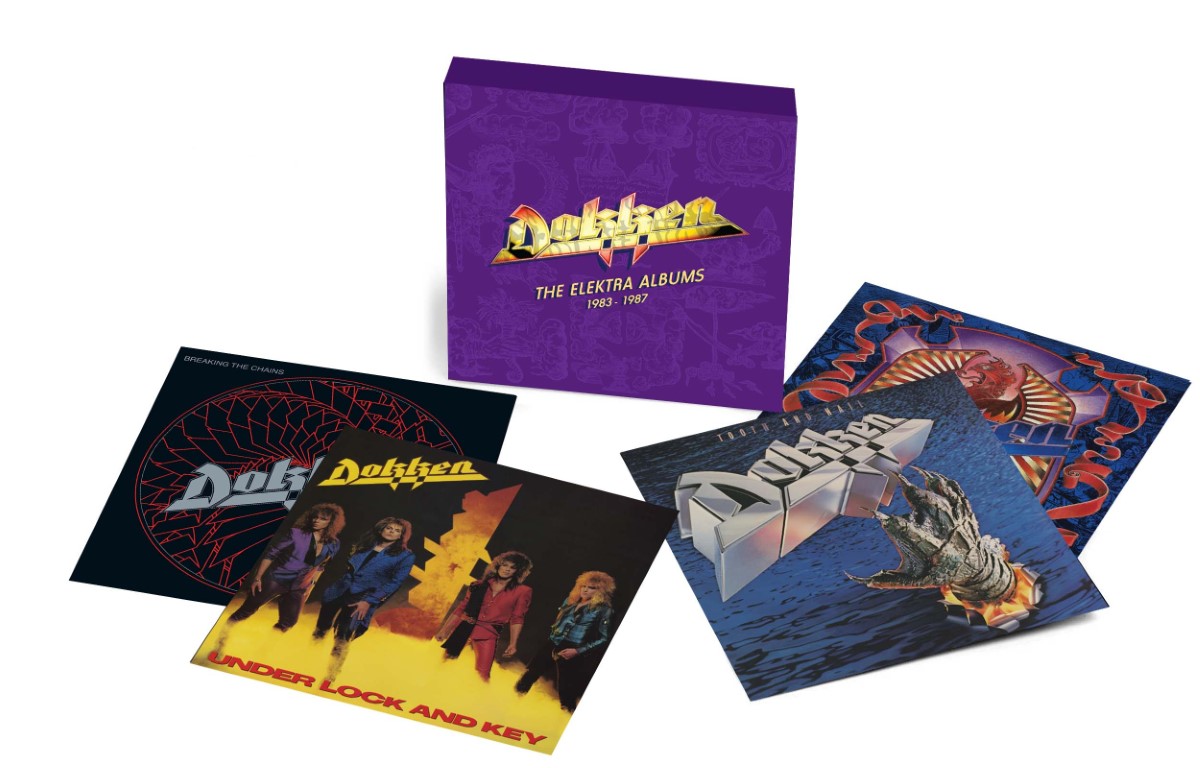 So, I just received the new Dokken vinyl box set “The Elektra Albums 1983-1987 and it’s quite impressive. These are 180 Gram Audiophile vinyl versions of the first four Dokken studio albums released on Elektra Records (There is a CD box set as well). These albums and songs helped define my teen years many years ago and on the first spin, bring back some great memories all over again.

Dokken was one of the best bands of the 80s hair metal/glam metal era. Combining Don Dokken’s unique and easily recognizable vocal style with one of the best rock guitarists’ blazing solos and melodic tones in George Lynch. Back that up with a crushing backbone of a rhythm section featuring bassist Jeff Pilson and drummer “Wild” Mick Brown and Dokken was a formidable heavy metal beast that provided great lyrical content with outstanding musicianship. *Side Note…The bassist on “Breaking The Chains” was none other than future Ratt member Juan Croucier and there was additional bass provided by Accept’s Peter Baltes.

These 4 albums have been remastered for this box set and you can tell the sound quality far exceeds what the standard releases originally provided, which is a really nice improvement.

For all of those who were thinking that some extra unreleased tracks added to this set would have made this a must-buy for fans who already have these albums…I spoke with Don Dokken in a recent interview, and he indicated that there aren’t any leftover tracks that haven’t been released with the exception of the “Lost Songs: 1978-1981” album that he uncovered and released in 2020. However, the quality of these albums is exceptional and should make them any collector’s dream box set.

Dokken fans know the band went on to release other albums both with and without the original members alongside Don, but nothing they ever released matched or even came close to these four legendary studio albums. Listening to the crisp and crystal clear scorching solos of George Lynch and Don’s soaring vocals with renewed audio remastering makes this one of the best box sets that encompass the absolute best sound by one of the best bands to come out of the Sunset Strip, glam metal scene. I highly recommend this set, that’s bound to be a huge collector’s item for years to come.

Both LP & CD box sets include: