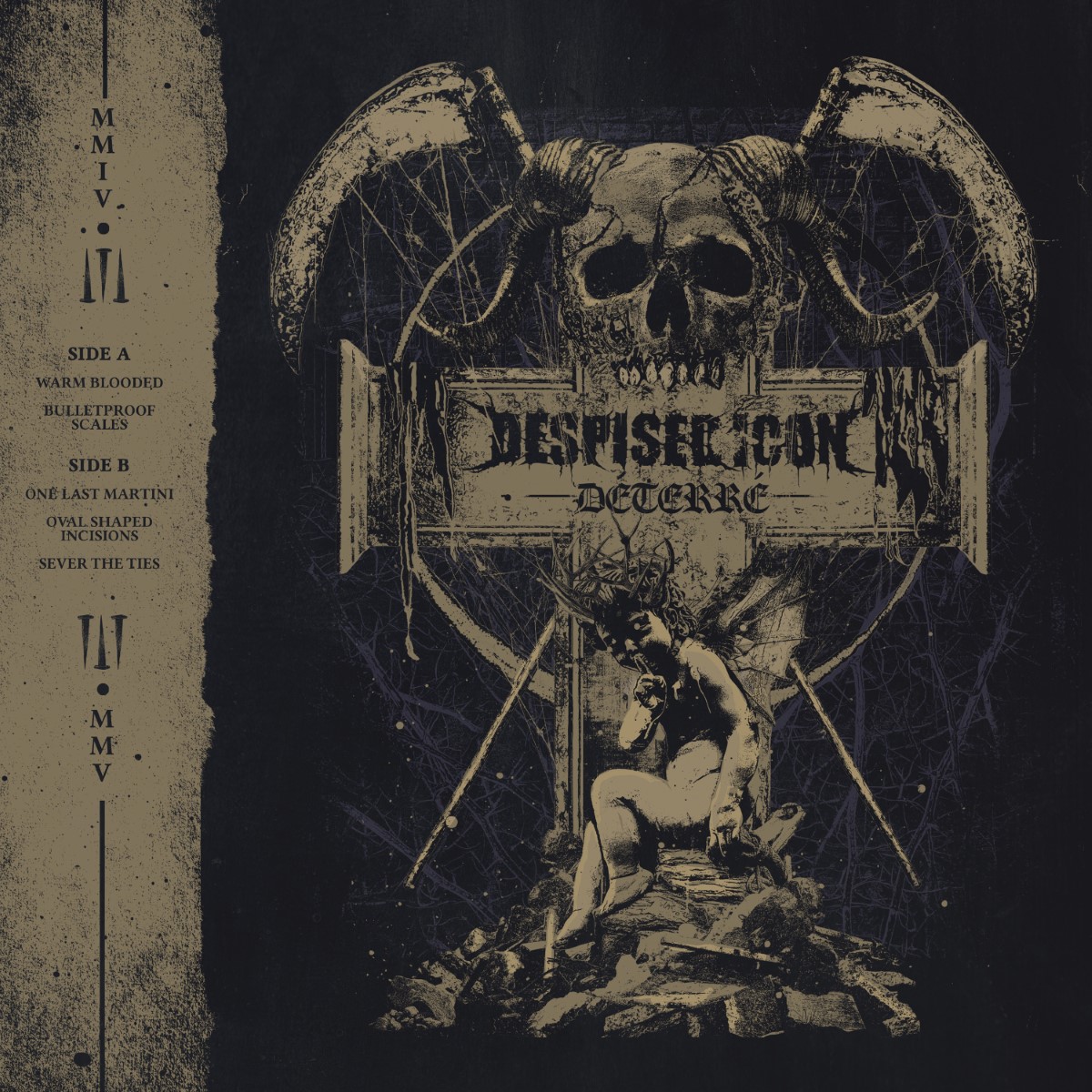 DÉTERRÉ means ‘Unearthed” in French. This is exactly what the latest release from DESPISED ICON is. The EP consists of 5 old-school songs dating back to 2004. It seemed fitting to remaster and re-release these early recordings to celebrate the 20-year anniversary of the band, which took form in 2002.

DÉTERRÉ is out October 28th, 2022 worldwide via Nuclear Blast Records.

DESPISED ICON Alex Erian comments, “2004 was a definitive year for DESPISED ICON. After switching from drums to vocals and recruiting Alex Grind behind the kit, we started experimenting more and more, blending various elements of Death Metal and Hardcore together. Eager to get our name out, we played every show we could jump on and quickly recorded demo versions of ‘Bulletproof Scales’ and ‘Warm Blooded’.

“After uploading both tracks to Myspace and mailing a few hand-assembled CD-R promo copies to labels, people were finally starting to notice. The next thing we knew, we were booked on our first US tour with DEICIDE and were in the studio working simultaneously on a split CD for Relapse Records and on our sophomore album The Healing Process for Century Media.

“Unearthed after 17 years and available on tape and 10” vinyl formats for the very first time, the 5 demo tracks on Déterré capture the energy and excitement of that era. We hope you enjoy this limited edition EP and look forward to sharing new music with you in 2023.”

DÉTERRÉ was recorded throughout 2004 by Yannick St-Amand at Wild studio for a few songs and drums at Studio Victor while guitars, bass, and vocals by J-F Dagenais at his home studio. The band produced the album and mixing was a joint effort between Yannick St-Amand; and Jean-François Dagenais.Alexandre Goulet created the artwork for the EP.

Pre-order your copy of DÉTERRÉ in the format of your choice: