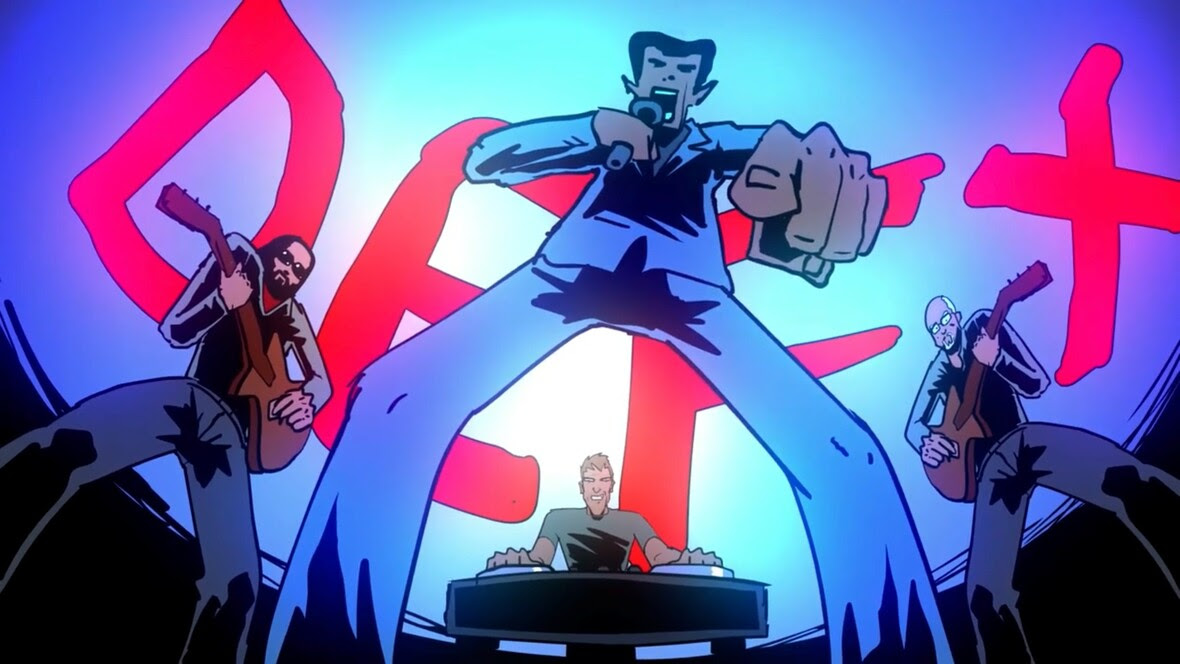 West Chicago Metal Industrial project, led by multi-instrumentalist Dave McAnally, DERISION CULT, has joined forces with TMINISTRY’S CHRIS CONNELLY and THE CURE’S REEVES GABRELS on their newest single, “Deaf Blood.” Imagined and written by the band, the animated video for “Deaf Blood” was created by ZYGOSLUKSAS at EMPIRE ANIMATION of Vancouver, “Deaf Blood” is the second single off of their upcoming album, which was produced by SEAN PAYNE.

“Chris’s lyrics inspired us to create an animated world for the track. The video tells a story of a corrupt corporate mogul who creates a narrative to sell more products through media manipulation and government coercion. It was made by Empire Animation out of Vancouver” – DERISION CULT

In this article:chris connelly, david bowie, ministry, the cure