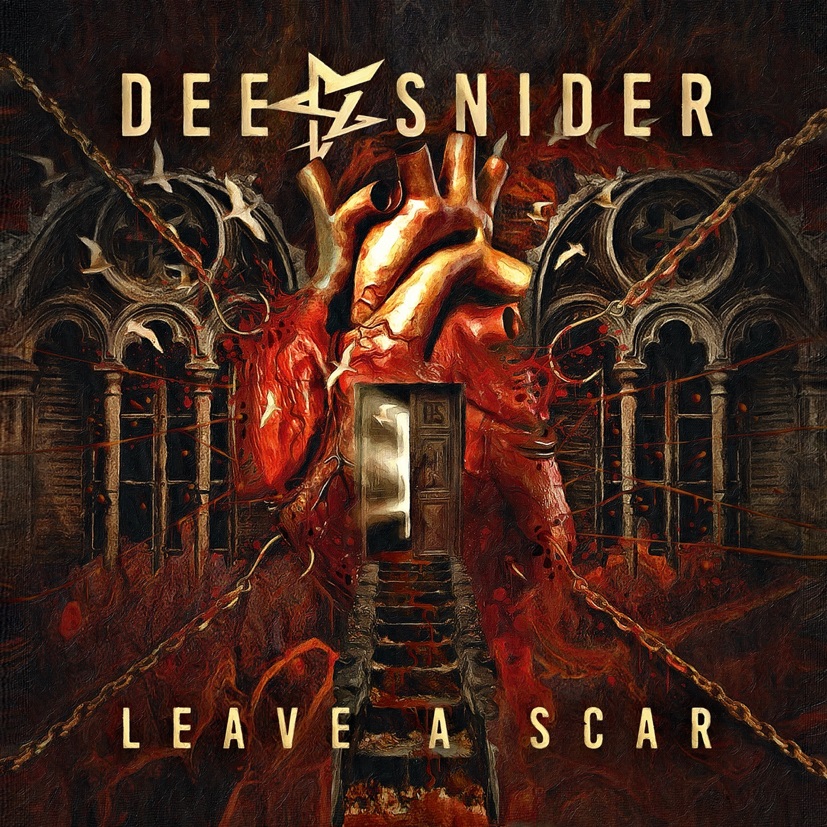 Legendary heavy metal vocalist and pop culture icon DEE SNIDER will release his triumphant fifth full-length album, Leave A Scar, this Friday, July 30, 2021 via Napalm Records! Produced by Jamey Jasta with co-production, mixing and mastering by drummer Nick Bellmore, Leave A Scar sees DEE SNIDER & Co. continuing in the invigorated, modern direction of his previous release, For The Love Of Metal, infusing a dose of classic heavy metal flavor that longtime fans will rush to embrace. Today, following the album’s charging first single of resilience, “I Gotta Rock (Again)”, and hard-as-nails second single, “Time To Choose” featuring the brutalizing vocals of Cannibal Corpse’s George “Corpsegrinder” Fisher, DEE SNIDER returns with the charging heavy metal rallying cry “Down But Never Out”!       DEE SNIDER says about “Down But Never Out”: “I pride myself on the fact that throughout the decades, my music has always tried to not only push back against all oppressors (in this case Covid-19), but also lift people up and encourage them to fight back. ‘Down But Never Out’ is a perfect example of this ethos.”
Watch the official music video for “Down But Never Out” HERE

To commemorate the release of his new album – which was #1 Most Added across the board at metal radio this week – DEE SNIDER recently announced a streaming event for his fans, available now! All ticket buyers will gain access to the concert stream, as well as on-demand access to any and all content from the event, for a 30-day period! The concert stream features a very special concert from Snider performing live in New York back on June 12. Tickets for the stream are available now at www.metaldepartment.tv.
Just announced – DEE SNIDER will also take part in a special in-store appearance and autograph signing at Looney Tunes Record Store in West Babylon, NY on August 17. The event starts at 7:00 PM and tickets are available now HERE.
Starting tonight at 4:00pm ET/1:00pm PT, DEE SNIDER will join SiriusXM host Jose Mangin for an interview and takeover on Liquid Metal (channel 40)! Dee talks about working with Jamey Jasta on the album, how the last year and a half made him want to do another metal release, what it was like being a part of Cobra Kai Netflix’s hit TV series, how his family raised money for homeless veterans by winning Celebrity Family Feud, and much more. Dee will be on Liquid Metal every hour Friday-Sunday setting up a new song from Leave A Scar, and every 1-3 hours Monday-Thursday.