Skip to content
Venerated black metal specialists DARK FORTRESS return with a new album,
Spectres from the Old World, on February 28th, 2020. Check out “The Spider In The Web” for another taste of the album here: https://youtu.be/sHtnkUkx21E
“Our third single, ‘The Spider in the Web’, is probably the most straight forward and “simple” song on ‘Spectres from the Old World’, but it comes with a twist: The mellow midsection adds another facet to the pallet and the gloomy ending part opens the door to another universe which will be carried on by the next song on the album,” states guitarist V. Santura about the track.
Dark Fortress vocalist Morean dives deeper into the concept, stating, “the inspiration for this lyric came from fairly recent images from a simulation of the distribution of galaxies and dark matter in the universe – a simulated ‘photo of the universe’, so to speak. On these images, one can clearly see how all matter in the cosmos aligns itself in strands of truly astronomical proportions; the same entropic mechanisms that create clumps in your powdered mashed potatoes serve as architects on the grandest possible scale.Since this structure is contained within spacetime’s intangible fabric itself, the mind that reincarnated into it becomes the silent, hidden observer of its creation, watching a universe taking shape as a consequence of his seemingly insubstantial, microscopically wobbling oscillations. Thus, he contains the totality of everything within his bizarre 11-dimensional existence; he is ‘the spider in the web’ of everything.”
After a six-year gap, Germany’s darkest sons continue where Venereal Dawn (2014) left off conceptually, Morean adds, “together with the rest of the human race, the protagonist reincarnated as a disembodied creature of pure light in ‘On Fever’s Wings’, the last song of ‘Venereal Dawn’. The new album attempts to draw a picture of such a mind’s perspective on life – reincarnating as pure, massless energy. The narrator has become the fabric of the universe itself. This is where heavy physics and string theory come in.”
Spectres from the Old World is more direct, more aggressive than its predecessors. At no time in DARK FORTRESS’ history have they reached so far out into the darkness, only to find the domain of astronomy non-existent, the end merely an end. Recorded, engineered, mixed, and mastered by V. Santura at Woodshed Studios throughout 2019, Spectres from the Old World marks an important milestone in DARK FORTRESS’ journey along actual and spiritual left-hand paths.
Spectres from the Old World is available in the following formats:
Ltd. CD Mediabook (outside of North America)
CD Digipak (North America)
Gatefold black 2LP
100x Gatefold transparent blue 2LP – via the CM Distro Onlineshop (SOLD OUT!)
200x Gatefold transparent petrol green 2LP – via CM Distro
200x Gatefold transparent magenta 2LP – via EMP and Nuclear Blast
Digital Album
Pre-orders are available here: https://DarkFortress.lnk.to/SpectresFromTheOldWorld. 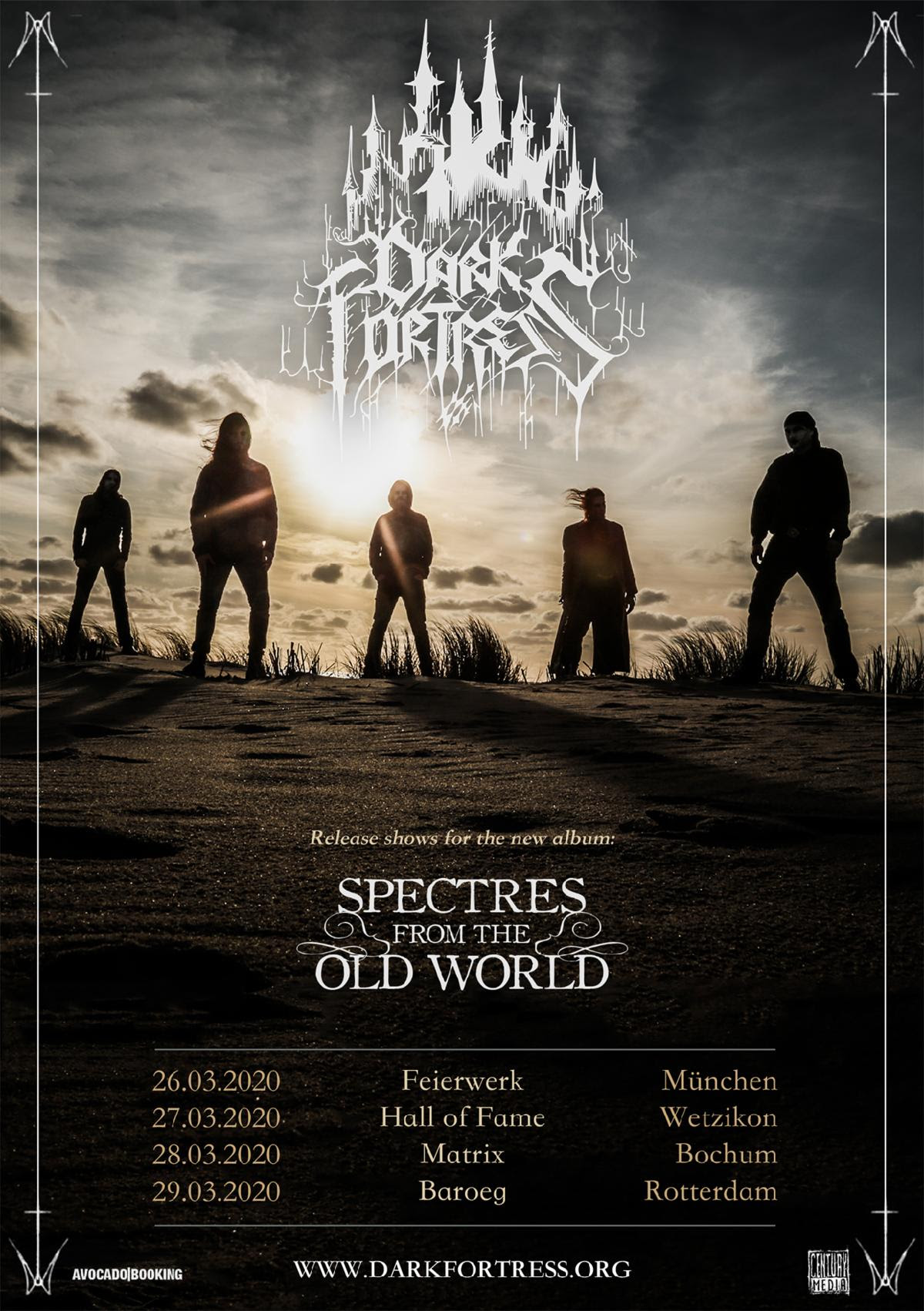