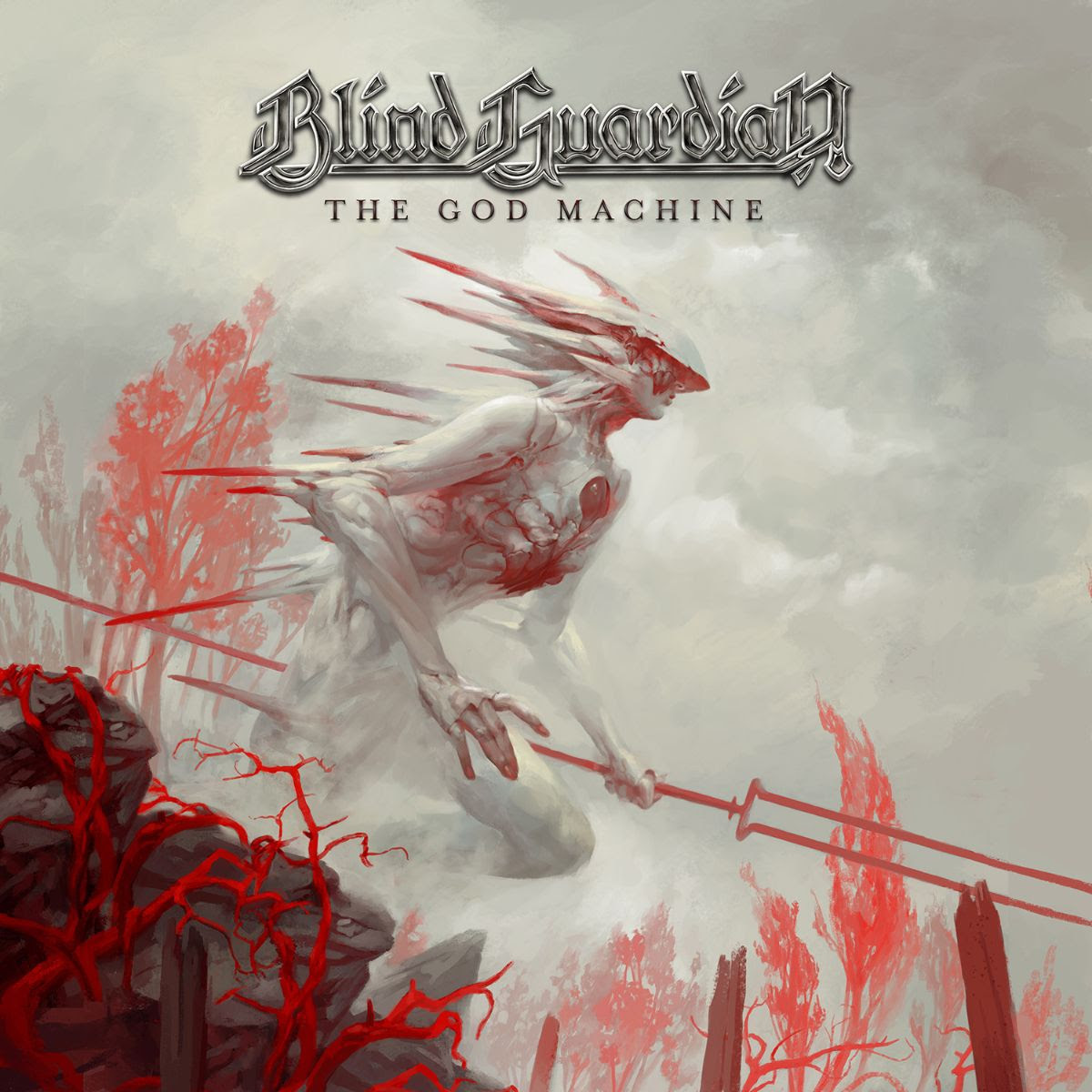 With today’s single release, German metal giants BLIND GUARDIAN throw ‘Violent Shadows’ on these hot summer days. In this pulsing track, the band delivers another epic track foreshadowing the release of their new album The God Machine – out on September 2nd via Nuclear Blast Records.  ‘Violent Shadows’ is an onslaught of thrashy riffs and relentless drumming, presenting itself as one of the most straightforward bangers of the album.

The song is supported by a performance video impressively capturing the band’s live charisma. Serving as a perfect appetizer for BLIND GUARDIAN‘s live shows this summer and autumn, check out the video here:

Singer Hansi Kürsch states:
“Since our WWW Virtual Wacken Performance, ‘Violent Shadows’ threw a massive, already overpowering shade on the expectations of The God Machine. We were pretty aware of the effects that the number would develop. The message is quite clear in my opinion: We’re able to go straightforward! With the single release, you get a very concise impression of the album’s precision and intensity. Just one more thing: Everybody who thinks that the wait for the remaining five songs isn’t worth it, is completely wrong! Every single song is a firework and shines even brighter in context. Remember my words, enjoy ‘Violent Shadows’, and pre-order The God Machine. Today, September 2nd’s already yesterday.”

The God Machine marks another pinnacle in BLIND GUARDIAN’s impressive discography by not attempting to pretend it is still the nineties yet instead successfully relying on the muscle memory of this period. It is a gripping, addictive, and brilliantly arranged album in the tradition of records with which BLIND GUARDIAN reached for the stars in the 90s; yet, by no means, is it a throwback. The God Machine represents the heart and soul of BLIND GUARDIAN’s timeless metal in the here and now, unifying the bards’ past, present, and future secrets in one consistent, well-thought-out masterpiece.

In 1992, BLIND GUARDIAN released Somewhere Far Beyond, a legendary milestone of German speed metal. Three decades later, their latest offering, The God Machine, shows how to awaken the fury of youth to magical new life. As if they had paid a long overdue visit to the numerous highlights of their career, BLIND GUARDIAN appears to be in touch with the ghosts of their own past more than ever. “We’ve picked up a lot from our own history and built a new era upon this foundation,” vocalist Hansi Kürsch explains. This new era begins right now. Seven years after Beyond The Red Mirror and almost three after the orchestral opus, Blind Guardian Twilight Orchestra: Legacy of the Dark Lands, Hansi Kürsch (vocals), André Olbrich (lead guitar, acoustic guitar, rhythm guitar), Marcus Siepen (rhythm guitar and acoustic guitar) and Frederik Ehmke(drums) invite you to their personal twilight of the gods.“After ‘Beyond The Red Mirror’ and ‘Legacy Of The DarkLands’,  we knew we couldn’t push the orchestral side of BlindGuardian any further,” Kürsch says. The new directive while creating The God Machine was fairly straightforward but ever so welcome: “Less orchestration, more punch.” In 2022, the opulent arrangements and powerful choirs still exist; yet they are used in a much more selective, focussed, and resonant manner.
This link is overtly present in the stunning, apocalyptic cover art by American fantasy icon Peter Mohrbacher, which teases a panopticon of fantastic tales and rather bleak prospects. “You have to look with a magnifying glass to find some hope on the album. But it’s there,” smiles Hansi Kürsch. “My lyrics have several levels. Some of them even I can only explore much later.” Perhaps The God Machine is his most personal album since Somewhere Far Beyond.